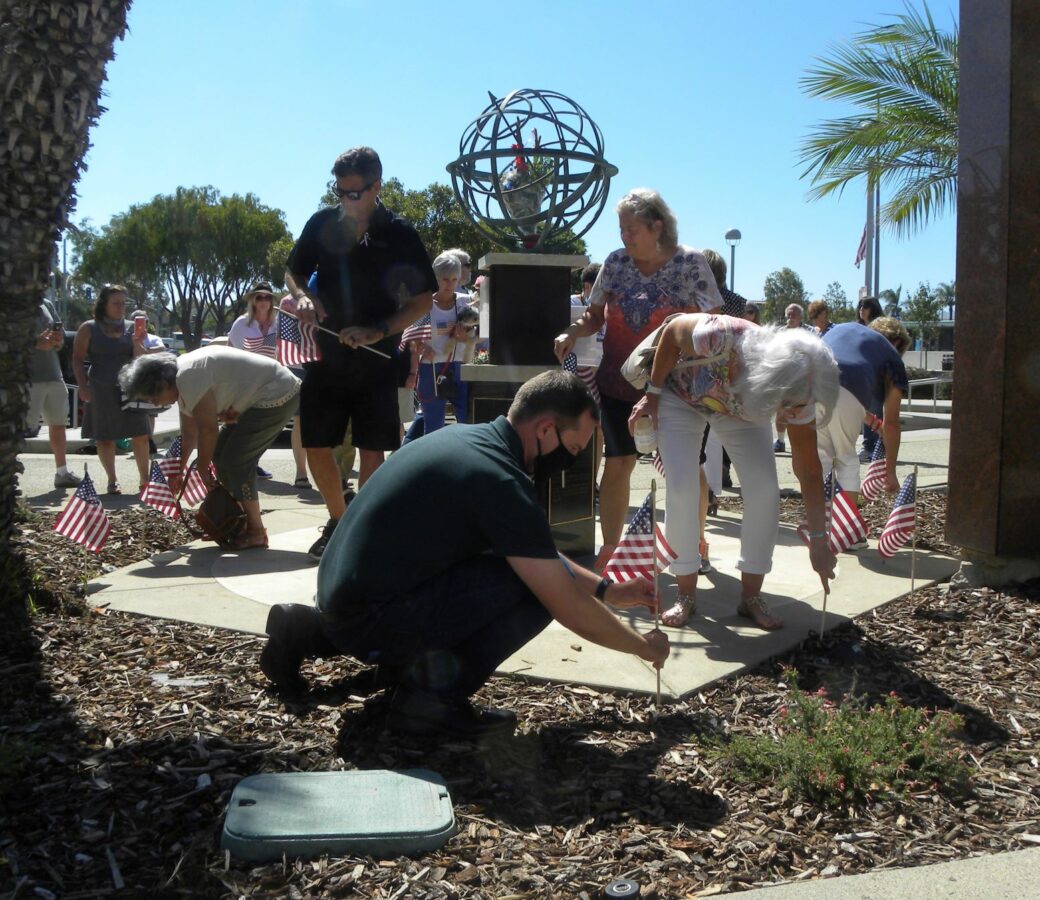 A small crowd gathered last Saturday for an unpublicized Sept. 11 memorial outside Redondo Beach city hall, including a group from the Harbor Area Model A Club.

The event was organized by Leadership Redondo, a Chamber of Commerce program whose 2007 class arranged for the city’s Sept. 11 installation, containing a piece of iron from the World Trade Center.

“It’s too significant of a day not to pause and remember the lives that were lost,” said Steve Goldstin, Chamber of Commerce leadership committee member.

The ceremony featured attendees placing 20 flags in the ground to represent the 20 years since the attacks, as well as four candles to signify passengers on the four hijacked planes.

The observance was planned by Lisa Rodriguez, of the Leadership Redondo steering committee.

It was not publicized to the public, organizers said, because they were told by the police department that officers were needed at the Beach Life festival.

“That was very disheartening,” said Rodriguez, of the publicity limits, “yet it was still too significant to pass up.” ER