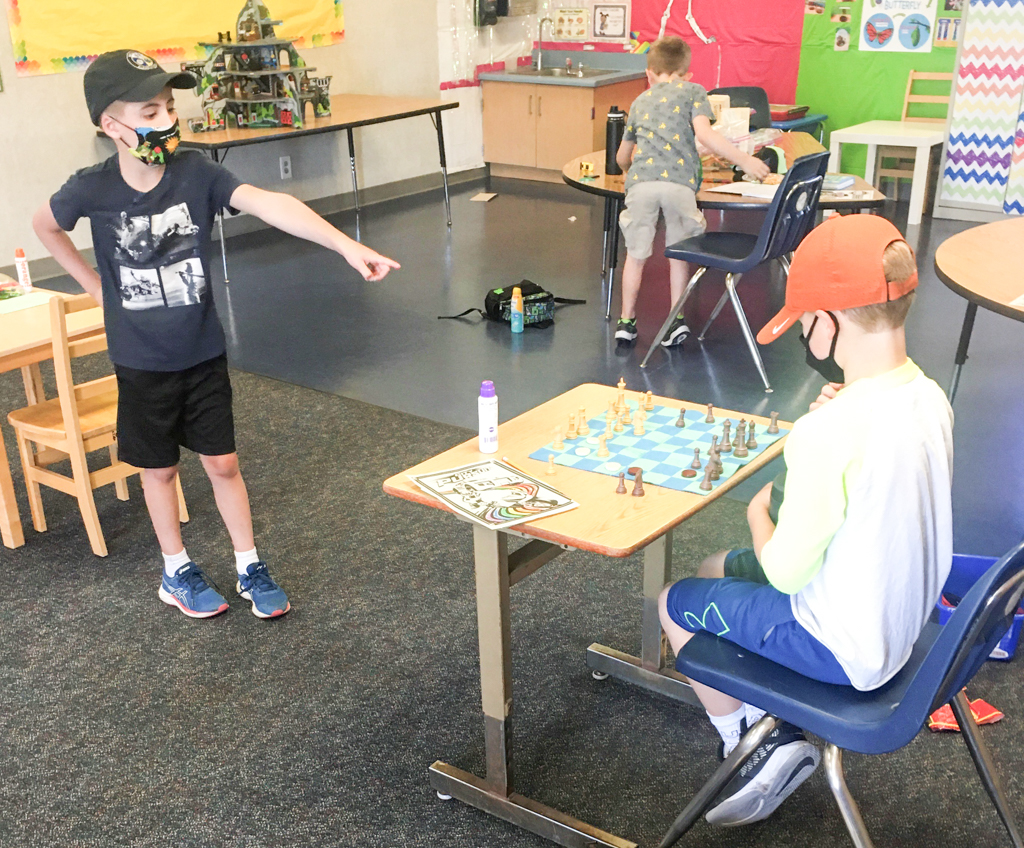 Before June 11, when the Redondo Beach Unified School District’s eight Childhood Development Centers opened for summer school in a much-reduced capacity, staff and teachers deliberated over how COVID-related regulations would change routines and interactions for their students.

“We were anxious, but excited,” Kathy Martens, a site supervisor at the Washington Elementary CDC, said Tuesday.

Martens and her staff wondered about how kids between kindergarten and fifth grade would cope with wearing masks and maintaining a social distance of six feet. They weren’t sure that they’d have enough time to do all the extra cleaning and enforcing of rules required in between doing their jobs and giving kids sufficient academic and emotional attention.

But a week into the experiment, which will set the stage for the re-opening of schools for the district’s nearly 10,000 students in the fall, Martens is buoyant.

“The students are so resilient,” she said. “That was one of my concerns coming in: are they going to be able to stay away from each other, are they naturally going to want to play together? But they have been so resilient and we have been so impressed.” 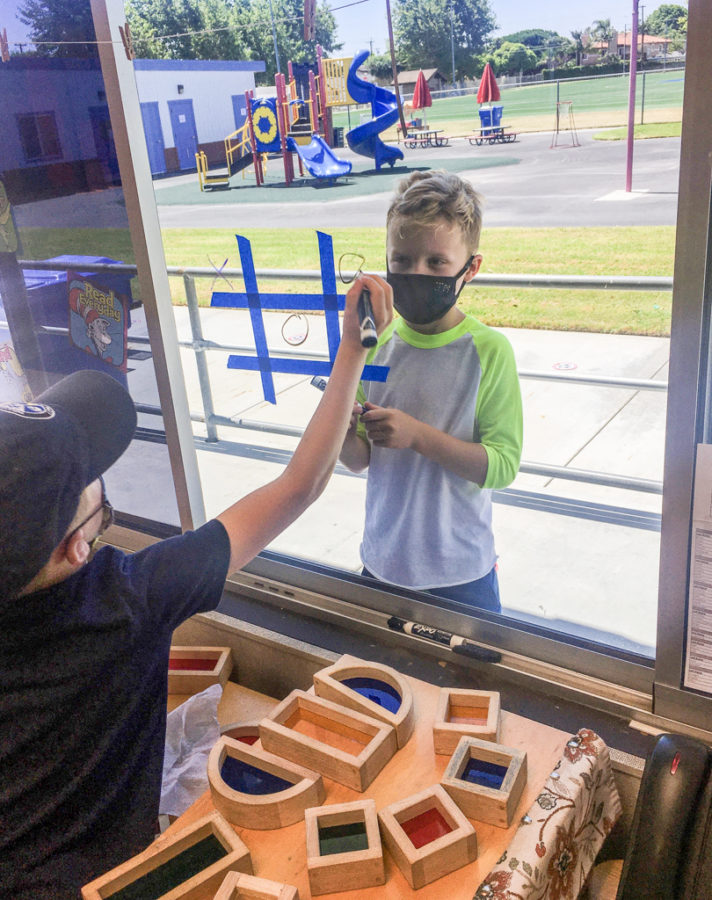 When parents arrive each morning, they drive through what’s being called a valet and answer questions about exposure to COVID-19 and the presence of symptoms, including shortness of breath, cough, loss of taste, and muscle pain. Parents, students, and any siblings in the car are required to wear a mask as they drive up. The student has their temperature taken with a “non-contact thermometer.” If there’s been no exposure to anyone with COVID-19 and if the student does not have a temperature higher than 100 degrees, the student is permitted on campus.

During the school day, students are required to wear their masks at all times. Students can ask for a “mask break,” which means going outside and sitting on a bench, where a teacher can see them through the window, to remove the mask for as long as they need.

“When we started, there was a lot of that,” Martens said. “Now I rarely get a request. They’re just used to it. Now it’s like putting on your shoes and socks. You just do it.”

Students have their own designated materials in bins next to their desks, including pencils, crayons, a tennis ball, a ping-pong ball, Legos and magnetic blocks. If a student touches toys or supplies that aren’t their own, the materials are washed immediately after use. An onsite custodian helps with the washing. If a teacher or the custodian doesn’t have time to wash toys, they go into the “dirty bin,” to be cleaned later.

“We all just kind of started wearing many different hats,” Martens said. “It seems like we’ve already settled into a new routine and it just works.”

Martens also said the students have surprised her in finding ways to play with each other; she likened this kind of interaction to “parallel play.” Kids are engaging in the same activities, separately but together, she said. They might be playing with different sets of Legos but building similar structures. They might be shooting hoops with their own basketballs on different basketball courts — Washington Elementary has 10 — but competing to sink the most shots. They might be playing chess from afar, using their voices to direct their moves.

“They’re still laughing with each other,” she said.

Martens said being at home for months with her family prepared her, in some ways, to do the work of caring for students in a masked, socially distanced environment.

“It’s a huge puzzle,” she said. “I’ve said this from when we first started this in March, in my personal life, with my family — I had kids who had to come home from college and live at home again and I have a high schooler too, so having people back in the house all the time meant there were many different pieces to the puzzle and whenever anyone would say, I don’t know how we’re going to do this, I’d say view it as a puzzle. There’s always a way to work around it. School right now may not be like it was in February, but we’ll get back there. Hopefully this is just a blip. We’re going to be working a challenging puzzle for a very long time, until we get back to normal, but if you look at it as there’s an end goal and if it doesn’t fit we try a new way and keep trying until the puzzle is finished. … Things happen and things don’t always go the way we plan them, so we just find a different way to do it and try to have fun doing it.” 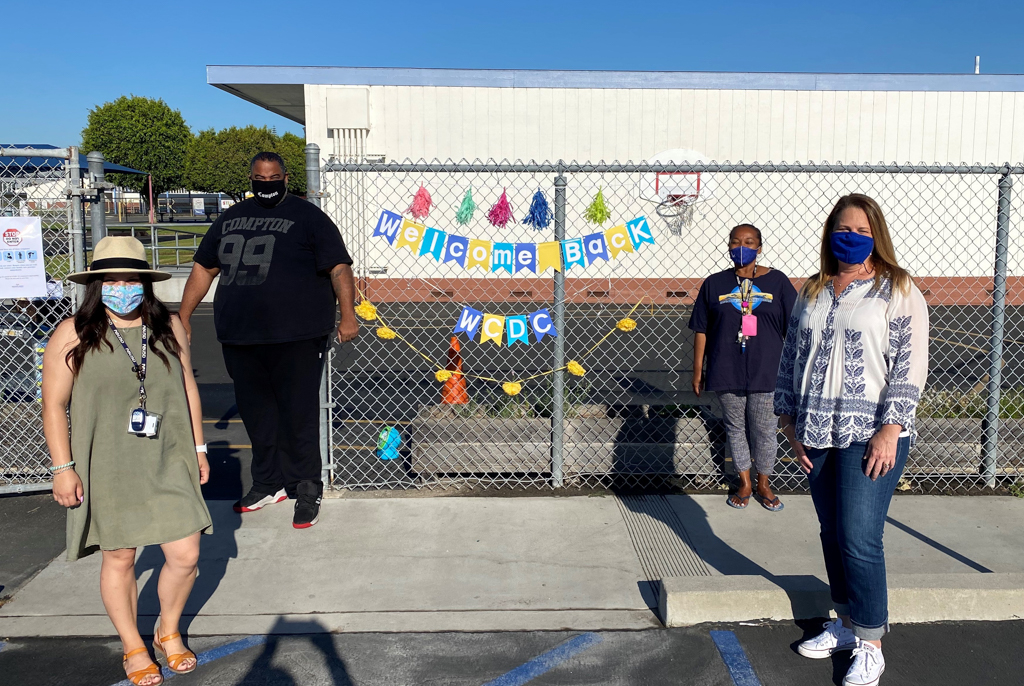 Martens said parents have been understanding and compassionate, too. Initially there were concerns about kids wearing masks, but after a week of school and clear, frequent communication from teachers and staff, which includes photographs of kids at school, parents have relaxed.

“I’ve not had any complaints,” she said. “The parents are really happy and the kids are loving going to school and seeing their friends again, even if they are social distancing.”

“It looks different,” Martens said, “but it’s great to be back on campus with kids.” ER