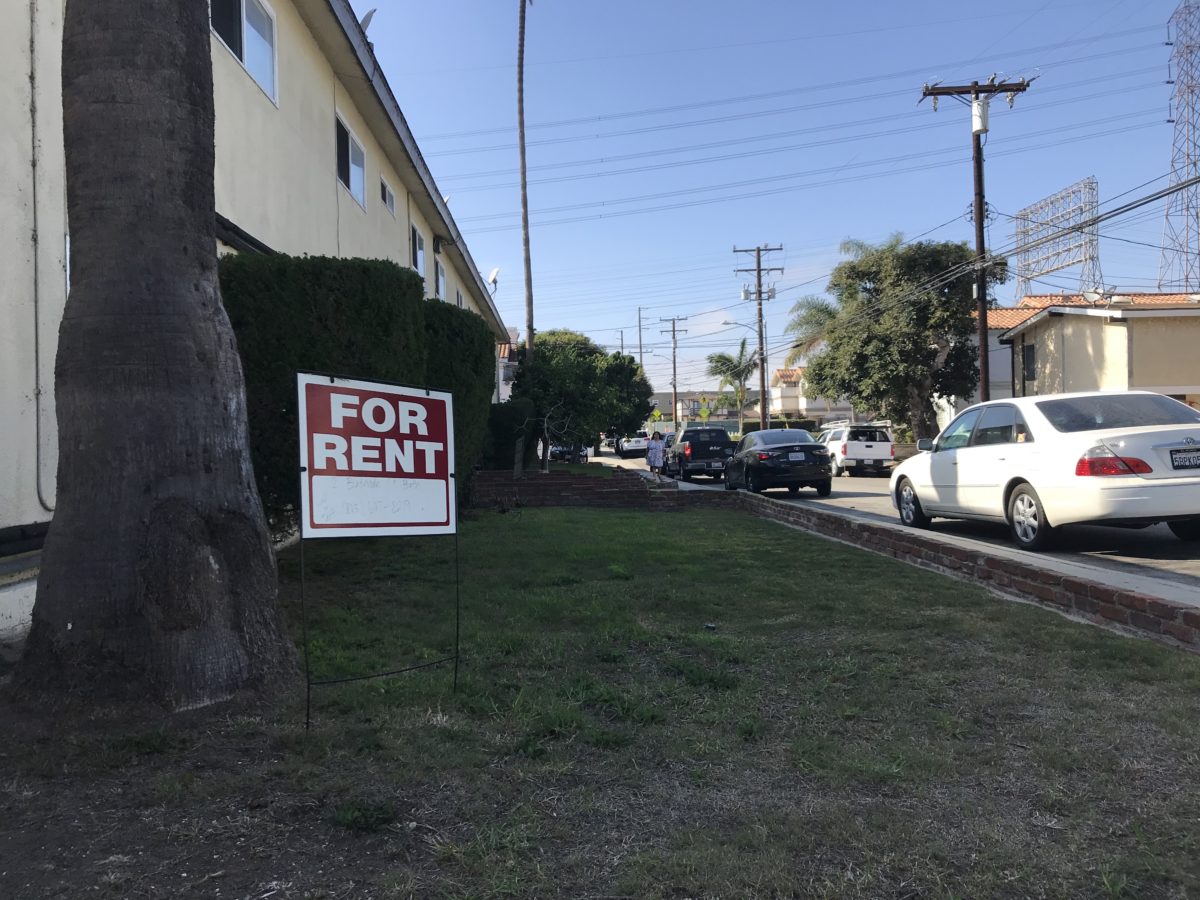 A North Redondo apartment complex seeks new tenants. Renters across Redondo have been served with eviction notices after the passage of Assembly Bill 1482. Photo by David Mendez

On Tuesday night, the Redondo Beach City Council decided to take action against what some have called predatory housing practices by preparing to approve an emergency ban on no-fault evictions within the city. Redondo, alongside many cities across Los Angeles County, is passing such laws to stop a run of evictions doled out by landlords hoping to set rent increases in place before a statewide rent-cap bill takes effect in January.

Redondo’s ban, which if approved would take place as soon as it’s passed by a four-fifths vote of the City Council, is planned for discussion next Tuesday, Nov. 12 and is intended to halt all no-fault eviction notices, including those that have already been served.

On Oct. 8, Gov. Gavin Newsom signed Assembly Bill 1482, which would cap annual rent increases at 5 percent plus the cost of inflation, and requires just-cause evictions (as in cases of non-payment of rent or breach of the lease). The law is set to begin in the new year, and across California, landlords have begun raising rents to beat the law.

Upon returning from a vacation on Oct. 18, North Redondo resident Laura Sola found a letter from her landlord, dated Oct. 7, raising her rent by $650 more per month — a 35 percent increase over her current rent. On Oct. 21, Sola replied with the text of AB 1482, arguing that the increase should be lower as the bill, once effective, is retroactive to March 2019.

“On October 28, I was served an eviction notice,” Sola said. “That’s it. No conversation, no call from the landlord. That’s it.”

Her move-out date is Dec. 29. The timing, amid the winter holidays, is not ideal.

It’s even worse for Keziah Dhamma. The notice she and her family were served on Oct. 9 urges her, her husband and their 2-year-old daughter to leave on Dec. 12 — one week after she’s due to give birth to their second child.

“There was no reason given on the letter, but when we spoke to the management company, the reason they gave us is that it’s a direct reaction to the new law,” Dhamma said. Their unit, she learned, “had potential” to generate significant revenue after some renovations.

The landlord, she said, offered to allow them to stay without renovations, at the cost of a possible 30 percent rent increase — about $900 more per month. Rents for similarly-sized two-bedroom apartments, she said, would cost between $1,000 and $2,000 more than they’re currently paying.

“At first we were like, what are we going to do?,” Dhamma said. “I have an online-based business. Our holiday season is the busiest of the year, and we’re getting this letter, having to move?” She and her family are negotiating with the landlord, but are weighing their options, hoping to be saved by the ordinance.

“The idea is to protect anyone who has received one of these notices,” said Councilman Christian Horvath on Wednesday. “I think everybody in the South Bay, for the most part, is one health emergency, one life-changing thing that happens” from potentially losing their home.

More than half of Redondo Beach residents are renters, according to a report from City staff, and nearly half of those residents pay more than 30 percent of their monthly income into rent.

“When over 50 percent of your residents are renters, why wouldn’t you enact an emergency ordinance to the end of the year? We’re trying to protect people from predatory scenarios,” Horvath said.

The Redondo Beach City Council’s next meeting, to discuss and possibly enact an emergency ordinance banning no-fault evictions, will take place on Nov. 12, starting at 6 p.m.

Do you, or someone you know, have a rental eviction story? Send an email to david@easyreadernews.com.