Redondo to vote on both recall, cannabis initiative Oct. 19 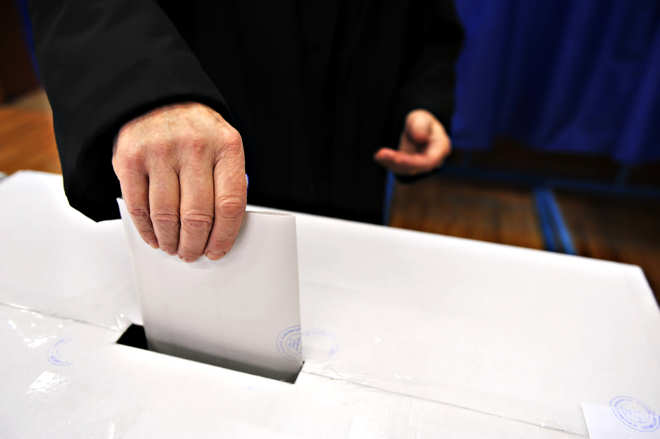 By a 3-0 vote, at 11:53 p.m. Tuesday night, after the arrival of Mayor Bill Brand, a 45-minute recess, the exit of two councilmembers, and an opinion from City Attorney Mike Webb that the motion and second on the table violated the law for not being properly agendized, the Redondo Beach city council set the Zein Obagi, Jr., District 4 recall vote and the cannabis initiative for a special election October 19.

The cannabis question had been confirmed for the March 2023 ballot, by 5-0 vote earlier this year.

Since then, an Obagi, Jr., recall effort gathered enough signatures to qualify, prompting the council to put the two issues together in their own referendum.

“Yes, it’s expensive, but there’s just nothing more important than elections,” said Mayor Brand, making his first appearance at council since his June 21 announcement that he would take a step back to start a new lung cancer treatment. “These important things to Redondo should not be buried in a general election.”

Brand ultimately cast a tie-breaking vote on the motion to move the recall and cannabis initiative toward a rare October ballot.

Councilmembers Christian Horvath and Laura Emdee voted against the motion. Obagi, Jr., was absent for the roll call to put the two measures together, but later voted in favor of the paired special election.

It passed 3-0 because Horvath and Emdee left during the late recess.

“Voters are going to get a three-week start on two incredibly important issues,” said councilman Todd Loewenstein. “I’m not sure where there’s confusion. If anything, we’re making sure people focus on these two issues.”

Earlier, City Clerk Eleanor Manzano noted that moving the cannabis initiative from next March had not been agendized and City Attorney Mike Webb told the council that the motion(s) violated the Brown Act (which requires a council’s potential actions to be published in advance of a meeting).

“I am concerned about, well, I’ll leave that alone,”  Webb said, at one point.

Mayor Brand “respectfully disagreed” with the city attorney on the agendizing.

“This was agendized,” Brand said. “I wouldn’t say it was properly, but close enough. This happens all the time.”

“I’m a little bit disturbed by the conversation last week and this week,” Horvath said, while adding that he does not support the recall. “It’s stupid.”

He continued about the special election.

“It doesn’t smell right. It’s undemocratic,” said Horvath. “I keep hearing from you (Councilmembers Nehrenheim, Loewenstein and other residents) that Councilmember Obagi is the best thing since sliced bread. If he is so great, as you say he is, he is going to beat this recall… No reason to be afraid. I feel confident that he would beat it in the general election, with [more] voters turning out.”

He added that in a “low-turnout (special) election” voters would be more inclined to approve the public cannabis initiative, in part because they would not have had time to become familiar with the city’s own new cannabis ordinance – just passed earlier that night.

Public comment Tuesday was split among a handful of people, some saying to get the cannabis vote and recall done in “in one fell swoop,” and others skeptical or condemning the move.

“What the hell just happened?” said Joan Irvine of District One.

A man suggested that steering the recall away from Nov. 8 would taint the vote.

“Minority rule by a small group of motivated voters is inherently unfair,” he said.

The Oct. 19 ballot will be mail only.

In the council’s last vote of the night, school boardmember Rolf Strutzenberg was chosen to write the ballot argument in opposition to the cannabis initiative.

Brand summed up his view by reminding voters that both issues to be decided Oct. 19 were largely funded by outside interests.

Ballots go in the mail in the third week of September. ER