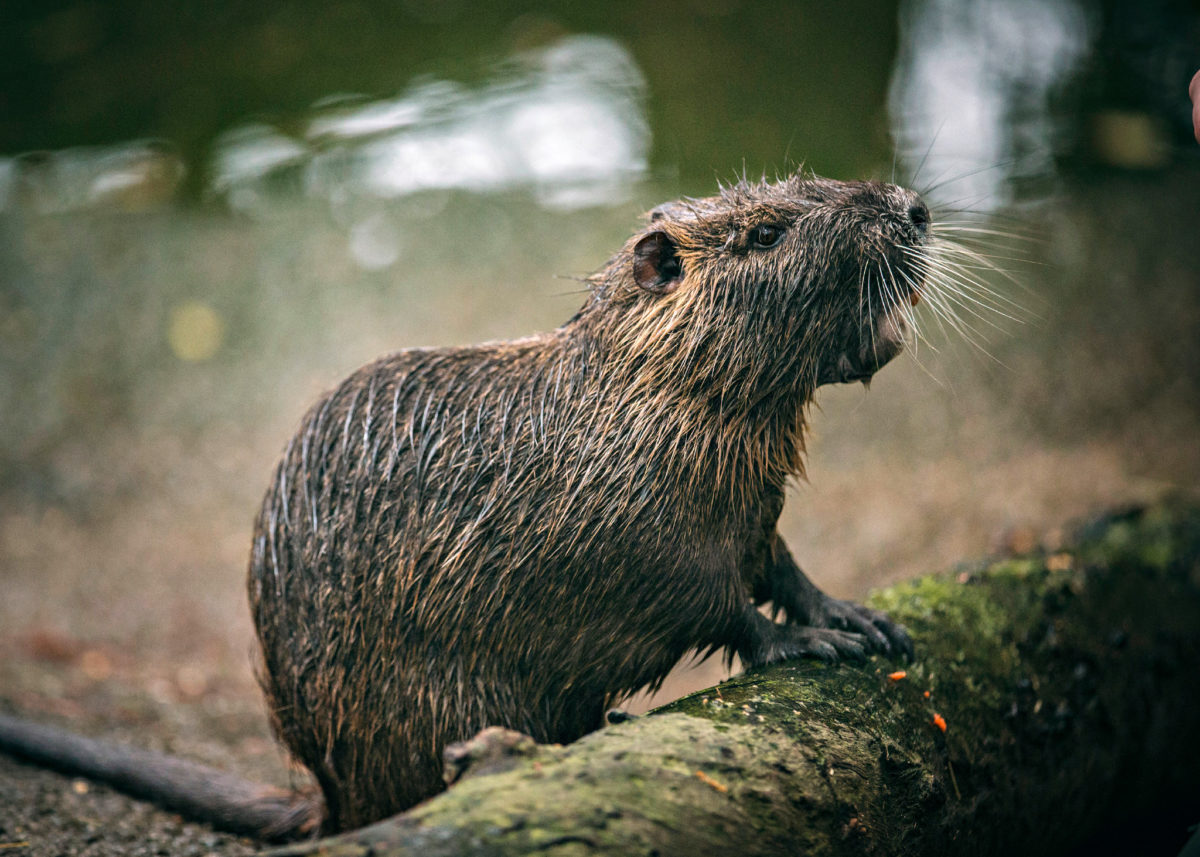 “Rodents of Unusual Size,” a new documentary from the team of Quinn Costello, Chris Metzler, and Jeff Springer explores the nutria, an unusual and destructive invasive species eviscerating the coastal wetlands of Louisiana.

There is nothing even remotely “cute” about this 20lb. rodent with orange incisors that is capable of gnawing the wetlands brush and foliage down to the root. Unchecked in recent years, their population has exploded. Their appetites are voracious to the point that hundreds of miles of wetlands and protective marsh have disappeared. Without such protection, land mass shrinks and hurricanes cause even more destruction to that which remain as some of the protective barriers to the wind and rain no longer exist. The state of Louisiana, desperate to slow the growth of nutria, now offers a bounty of $5.00 per tail, a program that is enjoying success in the bayou where the residents are in need of the revenue. This is a population whose homes disappeared with Katrina and whose living has shrunk in proportion to the diminished crab and fish harvest.

Following several fishermen, with explanatory narration by a field and wildlife ranger, the viewer is taken along on several nutria hunting excursions as sharp shooting residents take aim at the critters in the swamplands, retrieve the dead beasts, cut off the tails, and pile up the corpses.

This may all sound gruesome, but when one sees the havoc wrecked by these giant rat-like creatures, sympathy melts away. Surely, they have the makings of a Japanese horror film; the orange teeth alone are cringe-worthy.

The film is at its best in illustrating, both in animation and live action, how the giant rats got there and how they destroy the countryside. Early in the film, an animated sequence with Wendell Pierce voice-over, explains that the nutria were initially imported from Argentina by L.A. McIlhenny, the tabasco tycoon. He thought they could be bred for their fur and stimulate the Louisiana economy during the Depression. He started a nutria farm, but a hurricane swept through his property and all the “domestic” nutria escaped to the wetlands. Skilled trappers kept the population under control and savvy marketers convinced Americans that the nutria fur coat was a stylish and cheaper alternative to mink. For a while all was well, but then came the 1980s and the anti-fur movement and the nutria fur market disappeared overnight. With no human predator, the wild nutria population exploded, leaving state agencies scratching at solutions.

A few entrepreneurs have recast nutria as a “sustainable” fur and it’s making a comeback on the runway. Between the beauty and the bounty, the population of this gigantic rat is slowly diminishing.

Profiling all aspects of society affected by the nutria, one particular group stood out for me – the second homers living around a golf course on the water. Seeing one of the homeowners feeding the nutria family near her “cottage,” one can’t help but think of Betty White’s character in “Lake Placid” feeding the giant alligator. Sooner or later the creature’s going to turn on you.

Costello, Metzler, and Springer keep things moving briskly, for the most part, although there is a substantial lag toward the end when they make a fairly lame attempt at highlighting cultural aspects of the community. It seems more an attempt to add minutes to the run-time than to add depth to the story.

This real-life horror film (it’s the bright orange teeth that haunt) is informative and entertaining; an example of how the best laid plans of men have changed Mother Nature’s course and contributed to climate change.