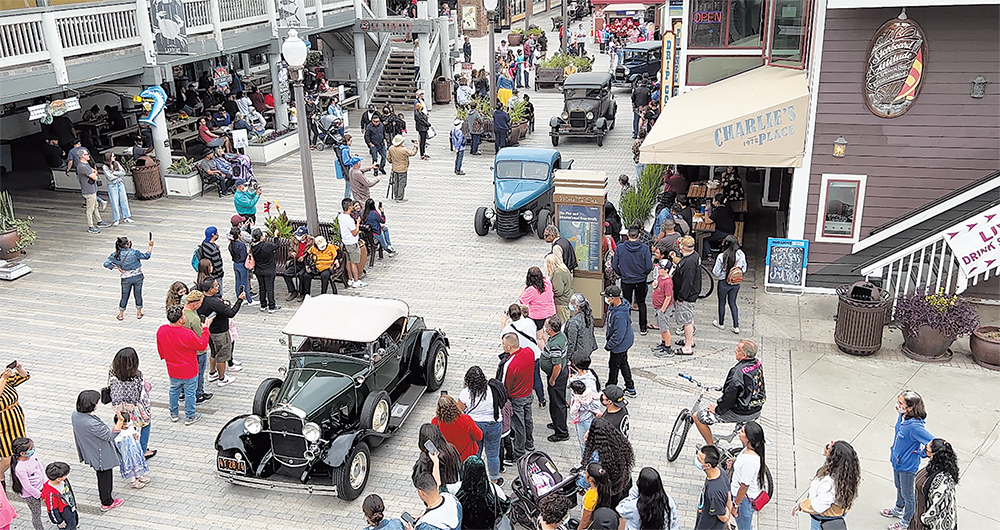 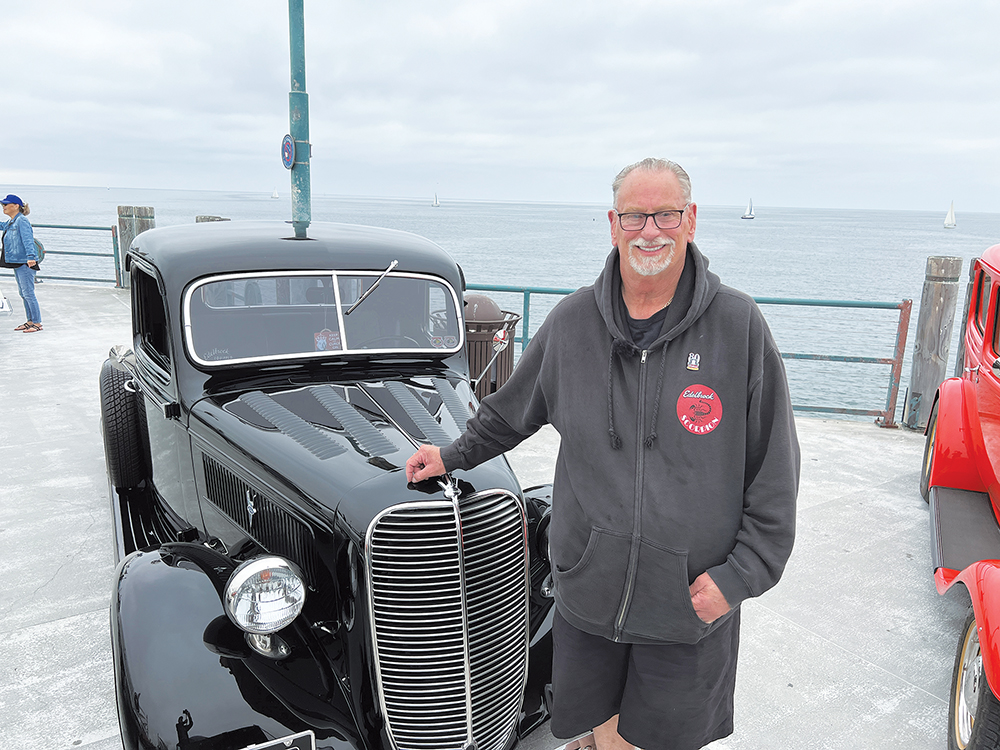 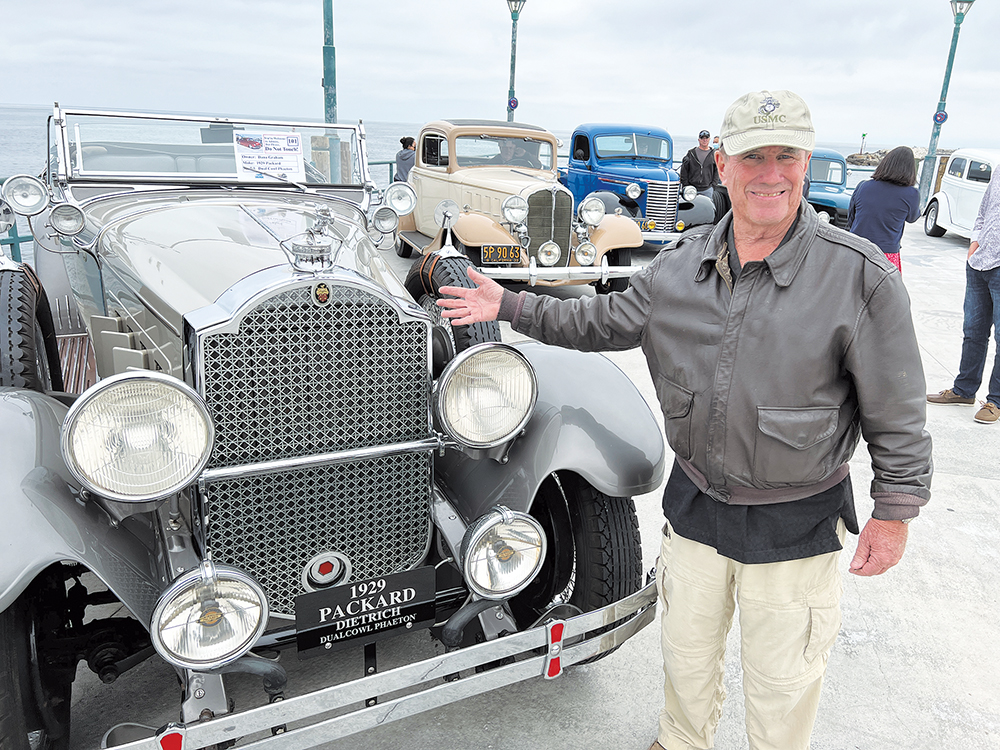 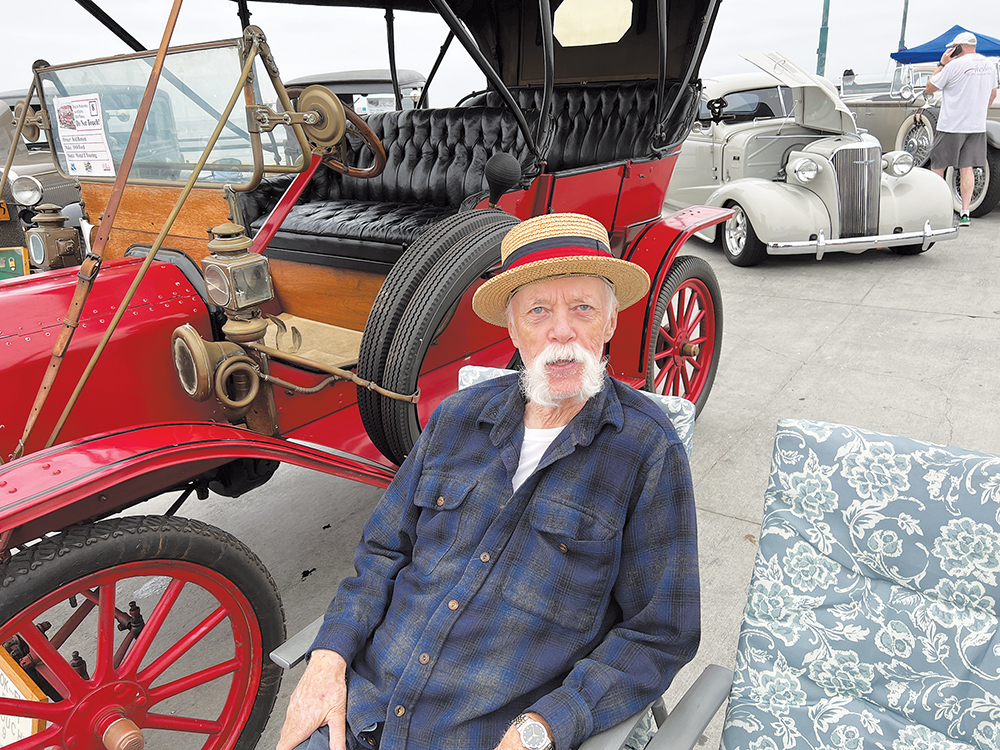 Rod Benson’s 1909 Model T Ford was the oldest car in the show. 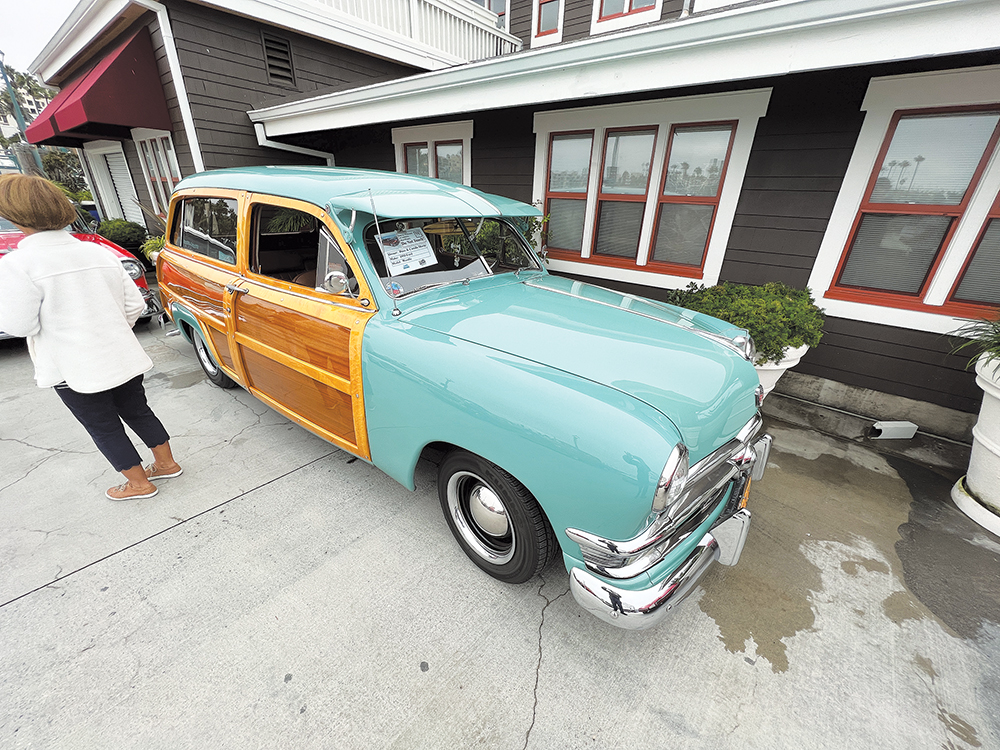 Story and photos by Jefferson Graham

Rod Benson’s 1909 Model T Ford was the oldest car. The Torrance resident said that despite the car’s Bristol condition, it has declined in value in recent years because few people from its era are still alive.

The show’s high point came at the end of the day, when the 96 cars paraded past Old Tony’s on their way off the pier.

Smith, who lives in Culver City, said he got goosebumps after winning the Participant’s award. “It’s amazing to be chosen when you don’t expect it.” He bought the truck from a neighbor for about $50,000, and spent three years restoring it.

Graham spent $125,000 for the Packard and post restoration. It’s now worth double, he said.

The car collector, who sells real estate in Palos Verdes, said he likes exhibiting in Redondo Beach because “it’s downhill from Palos Verdes, so the car makes it.”

He said he drives clients around in the Packard when he shows them homes. “The brakes are lousy so it makes them want to buy right away. They say, ‘I’ll buy the next house.. Just get me out of this damn car.’” ER