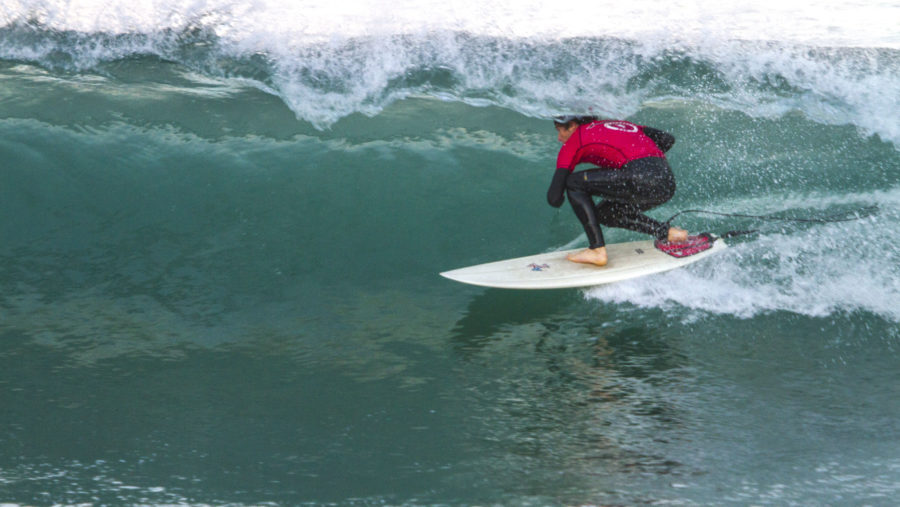 Palos Verdes High School’s Jack Rowan took to the longboard, shortboard, and bodyboard for the past four years as a multi-threat for the Sea Kings.

In his high school career, the senior’s ability to adapt to his own self-shaped surf craft made him one of the standouts in the South Bay Scholastic Surf Association.

Rowan’s introduction to surfing came from his father, who pushed him into a few peelers off Rat Beach.

“I was around three,” Rowan said. “It wasn’t until I was eight that I got my own soft top from Dive N’ Surf and really went out on my own.”

He always gravitated toward riding equipment that fits the surf situation or break. Up north in Malibu, long period south swell kisses the points perfectly for longer and heavier equipment.

“My 9’4” works so good, it’s the only longboard I have ever competed on,” he said. “I have never bought a longboard.” 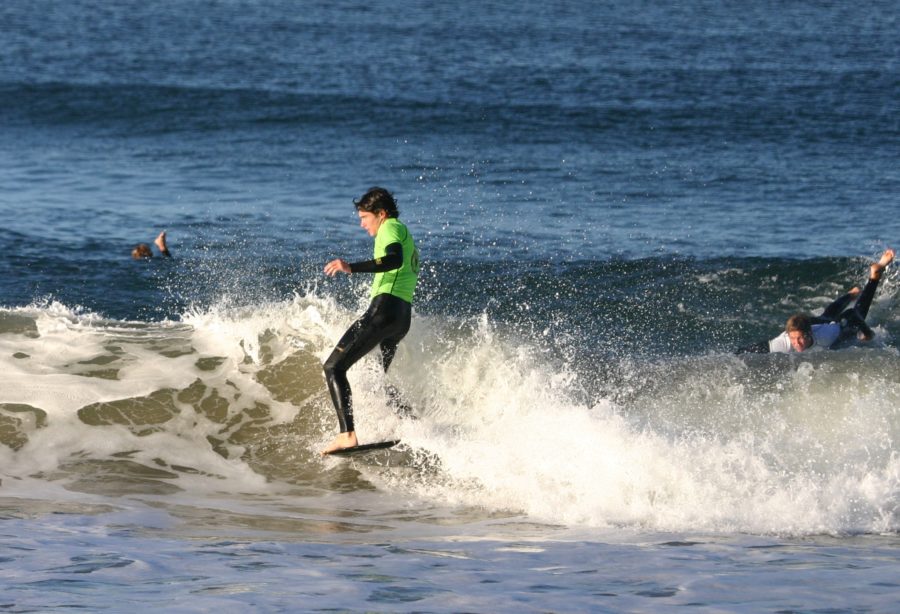 Rowan strolls through causally on the nose on an inside peeler. Photo by Saul Zaragoza

He’s had a few trials and tribulations but “that’s all a part of the experience,” he said, of mowing foam.

“The cool thing about shaping is you get what you want,” Rowan said, “It’s a good feeling to ride something you shape with your hands. It just feels better.”

On shortboards, Rowan prefers to ride what resembles a black disc that makes his surfing unique in the high school surf league. On his 5’6” spoon outline quad bat tails, he zips through the section while others zag and pump on conventional thrusters.

“It’s a LaLa Surfboard shaped by my Dad’s friend Jon LaLanne in Hawaii,” he said. “It helps me draw out one of my favorite things to do in surfing, incredible high lines.”

PV Surf Coach Steve Gherardi used Rowan’s versatility in both the longboard and shortboard divisions and added him to the bodyboard division his junior year. He joined his fellow surf team member Peter Healey, who has been Rowan’s surf buddy since kindergarten and also surfed three divisions to co-lead PV. The duo was often seen giving high fives and sharing waves.

“Some of the spongers graduated, and coach asked if I wanted to do the boogie division,” Rowan said. “It was my favorite thing about surf team, doing all events.” 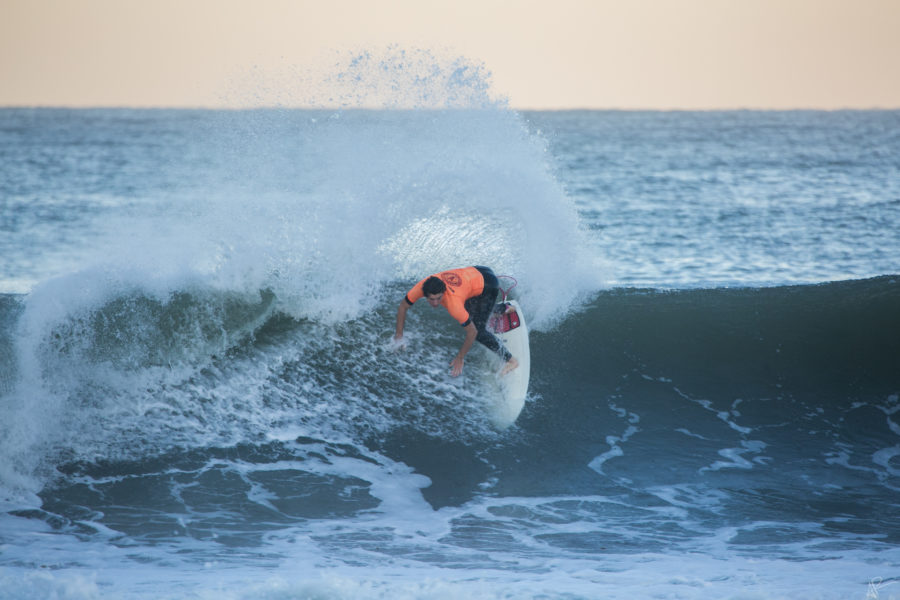 “I remember that final was stacked with all Mira Costa surfers in the final,” he said. “Beating them made the win even better.”

His second favorite surf competition accolade was winning the SBSSA “Waterman of the Year” last season.

“Jack seems to finish with a first or second place victory on that board,” Gherardi said. “I know he and his dad have great universal knowledge of this sport —  which is why I felt he was the perfect candidate when he won waterman of the year.”

With the All-Star meet just weeks away, Rowan took off to Costa Rica for spring break with a few teammates to prepare by surfing the perfection of “Witches’ Rock.”

“Jack is a great young man and outstanding surfer. Ever since he was a freshman to this day, he treated all his teammates and opponents with great respect,” said Gerardi. “His character, along with his surfing, are at a very high level.” ER