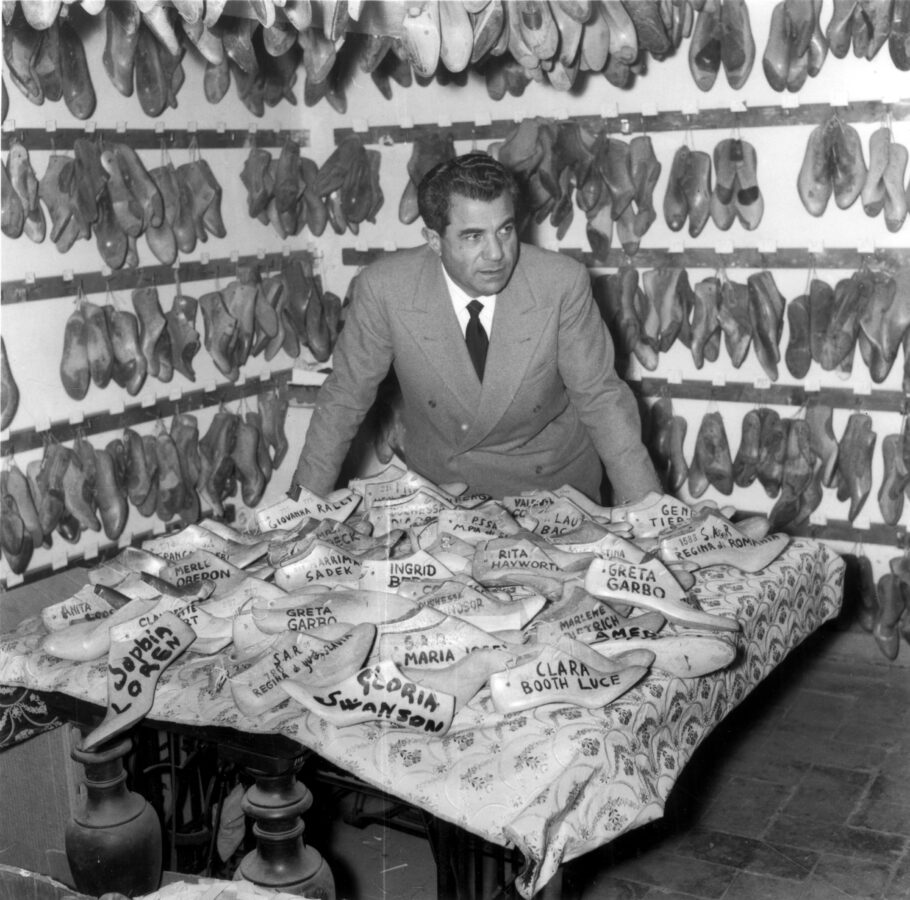 Salvatore Ferragamo with some of his shoe shapes. ©Archivio Giuseppe Palmas. Courtesy of Sony Pictures Classics.

What could be more fitting than opening a documentary about the man who created the market for luxury footwear than watching artisans put the finishing touches on a pair of handmade sparkling ruby slippers awash in sequins. Salvatore Ferragamo set the world on fire with his creations. He lived his motto: “A good foot is a masterpiece of divine workmanship.”

Born in 1898, Ferragamo grew up poor in a large farming family in Bonito, a relatively short distance from Naples but far enough away that it was a dead-end of opportunity. 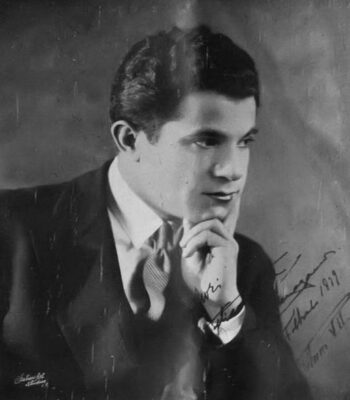 Portrait of Salvatore Ferragamo in 1929. Courtesy of Sony Pictures Classics.

From a very early age, he was fascinated by shoes and would spend inordinate amounts of time watching the local cobbler. His parents were horrified. Farmers may have been low on the social ladder, but cobblers were on the bottom rung. Still he persisted and after he made shoes for his two sisters’ Communion, they relented and at the age of 8, he was allowed to apprentice with the shoemaker in the village. By 10 he had learned what he needed to know and departed, alone, for Naples, begging an artisan shoemaker for an apprenticeship. Skeptical, the shoemaker informed him that it would take two to three years to learn what he needed to know before being able to construct a pair of shoes. Within months, this child prodigy had mastered all that his mentor had to offer and he returned to Bonito to start his own shop in the family home. He was 12 years old.

Inevitably his path led to America where his older brothers now lived, working, ironically enough, in a shoe factory. So off he went at the age of 16 to the new world where he would work briefly at the shoe factory in Boston and realize immediately that factory product could never compete with his handmade creations. Presciently, he headed west with his brothers, arriving in Santa Barbara at the age of 17. Santa Barbara was a land of creation and recreation and was home to the Flying A, a major film studio. He fell in love with the movies, Westerns, and cowboy boots. Boots were his first commission and his success allowed him to open his first shop downtown. Soon the stars came calling —Mary Pickford, Pola Negri, Gloria Swanson, Douglas Fairbanks—and they fell in love with his creations because they were fashionable, but most of all because they were comfortable.

Wanting to understand more about feet, he enrolled in a human anatomy class at USC, a hundred miles away. It changed his approach completely. Following the laws of balance and what his professor taught, he learned “the weight of the body shall drop vertically on the tarsal arch of the foot.” Using this new way to approach measurements allowed him to combine comfort with creativity. His high heeled shoes were and continued to be marvels of construction and pleasure.

When the movie studio and all the stars moved south to Hollywood, Ferragamo soon followed, opening the Hollywood Boot Shop at Hollywood and Las Palmas. Many of the studios and the stars wanted his shoes. Cecil B. DeMille hired him to design the footwear for his new epic, “The Ten Commandments.” 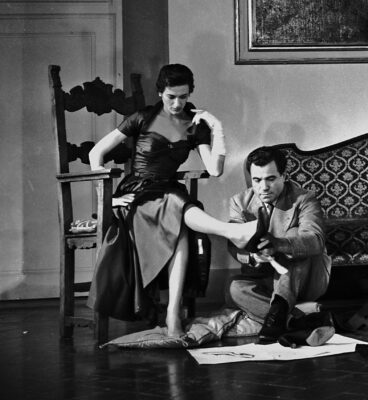 Success followed success and he returned to Italy in 1927 to set up a factory. He was Italian and he wanted to produce shoes with a “Made in Italy” label. Choosing Florence because of its reputation as a center of culture, creation, and artisanship, it looked like he would thrive. Despite an enthusiastic response for his new, custom designed product, the Depression dried up the market and he was forced to declare bankruptcy in 1933 and shut down.

But he rose from the ashes of defeat and started over. His ability to improvise was especially helpful during the war when Mussolini commandeered leather and Ferragamo pioneered the use of raffia and cork in his designs. Always a savvy businessman, he bought an iconic, abandoned palace in the center and used that as his factory knowing it would attract the class of customer he needed.

After the war, his international star clientele returned. He was most associated with Marilyn Monroe for whom the steel-reinforced stiletto heel was instrumental to her look and her walk. But there was also Audrey Hepburn, Ingrid Bergman, Sophia Loren, and too many others to mention. 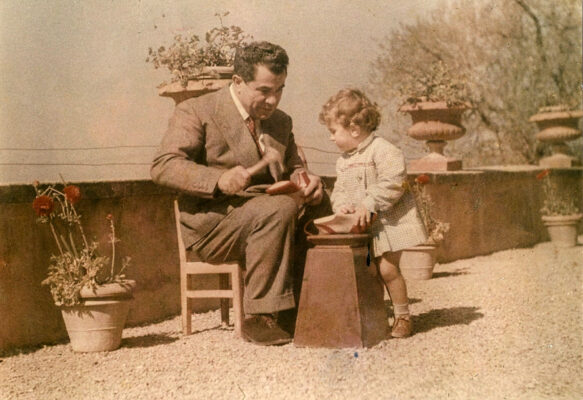 Although he died young, at 62, his family has carried on his tradition, a tradition that dictated “Fashion with comfort. It’s what I give.” Ferragamo lived by the motto, there are no bad feet, just bad shoes.

Enhancing this film enormously are the home movies dating from his youth, through to his married life with his children. The conversations with fashion historians and family members, carrying on his tradition, are informative and fascinating, giving a broader portrait of Ferragamo. Martin Scorsese is a charming interpreter of Italian immigration as it would have related to Ferragamo. Although slightly begrudging in the credit they accord Ferragamo as a creator, Christian Louboutin and Manolo Blahnik talk about the innovations he brought about in fashion and the importance of footwear.

What a lovely way to spend 90 minutes.

In Italian, French, and English with English subtitles.

Opening November 4 at the Laemmle Royal.

Written for the Beverly Hills Courier.