“Scandalous” – It really is [MOVIE REVIEW] 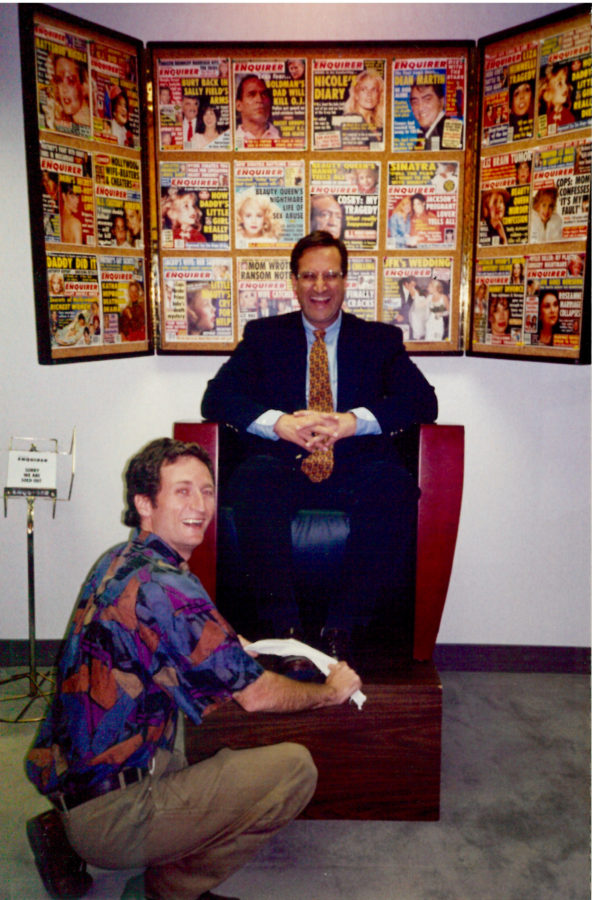 “Scandalous: The Untold Story of the National Enquirer,” a wonderfully conceived documentary by Mark Landsman, will really surprise you. From the history of its creation to its sordid present, it doesn’t disappoint.

It all goes back to Papa, or Generoso Pope, an Italian immigrant, who with the help of “connected” friends set up the Italian newspaper Il Progresso, the leading source of news for the Italian population in New York. He became a media magnate in the years before the second World War and would have liked nothing better for one of his sons to continue in his journalistic footsteps. Two of his sons continued in the family construction business, but his youngest son, Generoso Pope Jr., a graduate of M.I.T., had other ideas and it wasn’t continuing on with Il Progresso. With a loan from mob boss Frank Costello, his godfather (and I mean this is all definitions of the word), he purchased the New York Enquirer, known for its sports coverage, and set about reformatting it in both style and substance into the National Enquirer, a tabloid both in size and nature.

Pope paid particular attention to what fascinated the general public the most and set about covering it. Gore. He noticed early on that bloody, fatal accidents and murders were intriguing, so he set about covering those and placing them on the cover in lurid detail with headlines to match. He sold papers, lots of them, but he knew that there was a bigger market out there. He knew his audience, but he wanted more.

More could be found at the supermarket check-out lanes but to get there he’d have to change his focus from car crashes to celebrity gossip (another kind of car crash). He hired actual journalists, paid them huge salaries, gave them unlimited expense accounts and, as they say, set the dogs loose. Celebrities it was and celebrities he got. Sometimes he got lucky and could combine “celebrity” with sordid lives and death. In the case of John Belushi, he sent two of his more charming pitbulls to Toronto to befriend Cathy Smith, cajoling her into revealing her part in his death. The Enquirer, sleazy as it was, dug deeper than the police and “got” their girl and their sensationalistic headlines.

And they learned the finer points of blackmail. When a team of reporters dug up the salacious truth of Bob Hope’s extra-marital affairs, Pope went directly to Hope, offering to kill the story as long as Hope cooperated with them on other stories.

What they didn’t do was political endorsements. Certainly they killed the presidential aspirations of Gary Hart with the photo they printed of him with his girlfriend Donna Rice on his lap, but this was news and was eventually covered by everyone. The same was true for John Edwards. 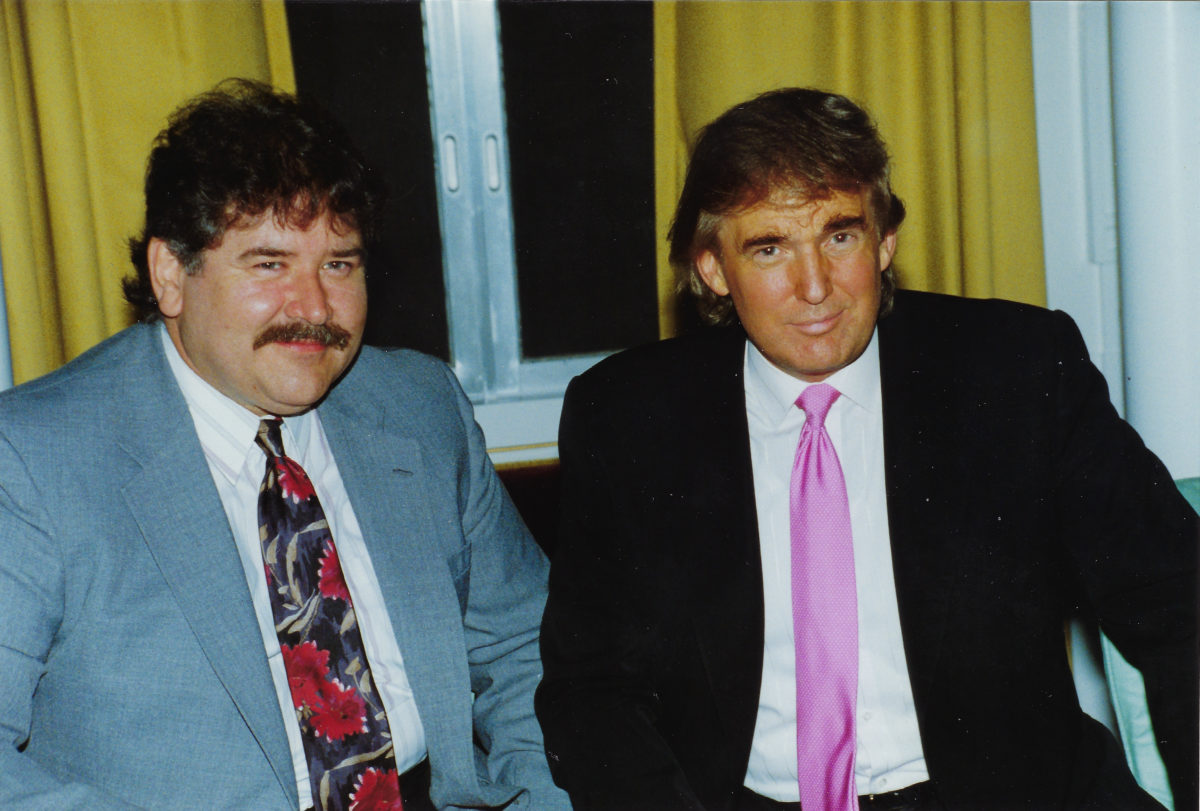 But when Pope died, and the paper was sold, eventually to David Pecker (never was a name more fitting) who would use and be used by Donald Trump. It was David Pecker who became king of the “Catch and Kill” school, first using it on Gigi Goyette, the mistress of Arnold Schwarzenegger who was running for Governor of California. Pecker successfully protected, while touting his chosen candidate. We all know what he did for Trump. But chin up, after the Trump scandals and what ends up being the heroic actions of Jeff Bezos (yes, that Jeff Bezos) Pecker was forced by his board to sell the paper. So, we’ll see.

Landsman has interviewed an arsenal of former Enquirer staffers and renowned journalists to get his story. Early on in the history of the paper, he and his cinematographer use a combination of actual footage and period footage to create a look that is reminiscent of the kind of “health films” shown in junior high schools everywhere in the ‘60s, a rather “Dick, Jane, and Sally” approach. I found it amusing veering to the annoying.

Still the comments and insights by Carl Bernstein and Ken Auletta (New Yorker Magazine) juxtaposed by former staffers like Shelley Ross, who eventually crossed over to the mainstream media in broadcast journalism; African American writer Patricia Shipp; and Judith Regan, who eventually had her own eponymous imprint at Harper Collins. She was unceremoniously fired by Rupert himself when she forged ahead with her O.J. book entitled If I Did It. Harpers didn’t publish it but that didn’t stop her. Steve Cos, the Harvard-educated former Editor-in-Chief during the salad years was an especially entertaining and informative interviewee shedding light on the manner in which they did business prior to Pecker; as was Iain Calder, Pope’s first Editor-in-Chief.

One thing you’ll note in the bustling newsroom is the number of women working there. It may have been something of a white boy’s club, but whoever delivered, won. It wasn’t just the Donald who got space, but also Oprah. And Oprah sold papers. Under Pope, the circulation climbed above 4 million papers a week. Politicized under Pecker, no more than 150,000 sell per week. But like Scientology, it’s now the real estate that counts and whether the Enquirer sells 5 million or 100,000, they own the real estate next to the check-out counter and their front page deifying Trump and demonizing everyone else is still being seen by countless millions. As has often been said, “location, location, location.”

This is a very entertaining documentary that seduces the viewer into forgiving the tactic for the end result. But then, in the end, look what it got us.

See this documentary for fun, for sadness, for a reality check. And if it’s any consolation, this whole trend was started at the turn of the twentieth century by Joseph Pulitzer and William Randolph Hearst who famously used his paper to start a war.