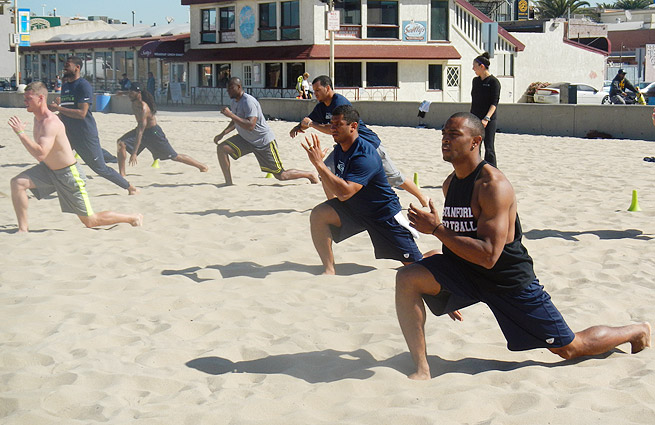 The Seattle Seahawks training in Hermosa Beach last April. Photo by The Yardstrength.com

Locally-based writer Mike McKnight provides an inside account of something highly unusual that occurred last April in Hermosa Beach: led by quarterback 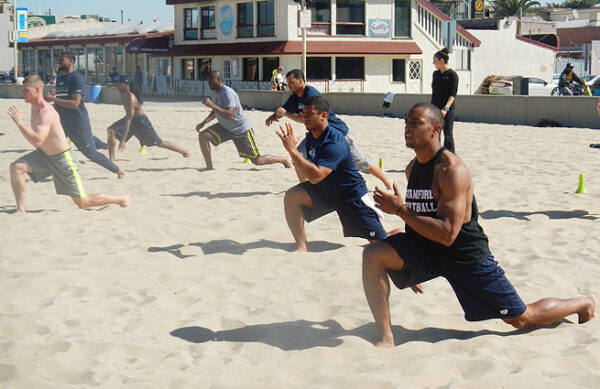 The Seattle Seahawks training in Hermosa Beach last April. Photo by The Yardstrength.com

Russell Wilson, the team’s offensive squad came to town to train with Jeremy “Troll” Subin at The Yard, on the beach, at Mira Costa’s football field, and in the ocean. McKnight, clearly a rising star for SI, reports that Wilson originally reached out to Subin, and together they organized a week that included stand up paddling, football on the beach, hours in The Yard, and catering from local business My Fit Foods.  Wilson’s leadership struck everyone who crossed paths with the 23-year-old budding superstar. As McKnight reports: “It’s a special, unspoken thing with those guys that they all follow his lead,” said Subin, who — it should be noted — didn’t envision 20 players crooning “Ain’t No Mountain High Enough” by Marvin Gaye and Tammi Terrell as soon as it came on the Yard’s stereo. Wilson himself tells McKnight: “Make no mistake about it,the road to the Super Bowl began in Hermosa Beach.”