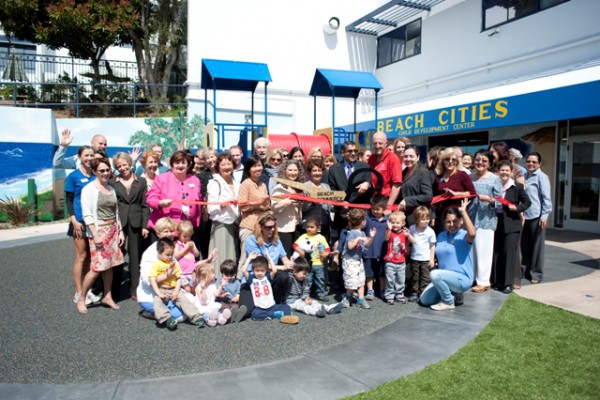 The center, which initially sprouted from the idea of a day-care center for employees at the Beach Cities Health District, blossomed into a 12,000 square foot center for South Bay children ages two to five years of age. The center is licensed to accommodate up to 104 students, and currently has 18 children enrolled since their soft opening in early April.

As well as a curriculum focused on engaging the children, a 2,200 square foot indoor recreation area features programs such as child yoga, dance and music lessons and classrooms named after sea animals. 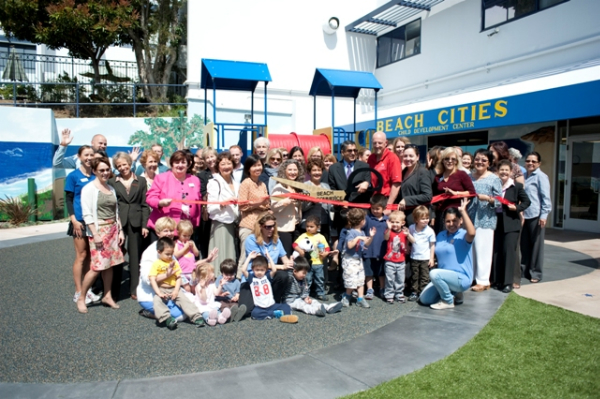 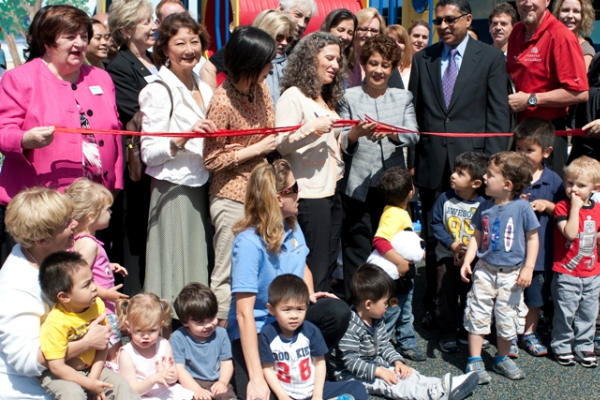 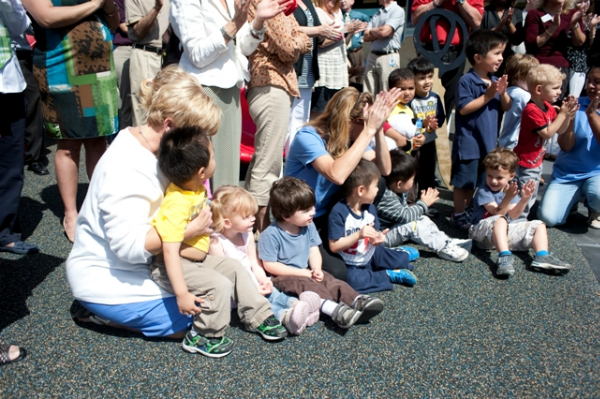 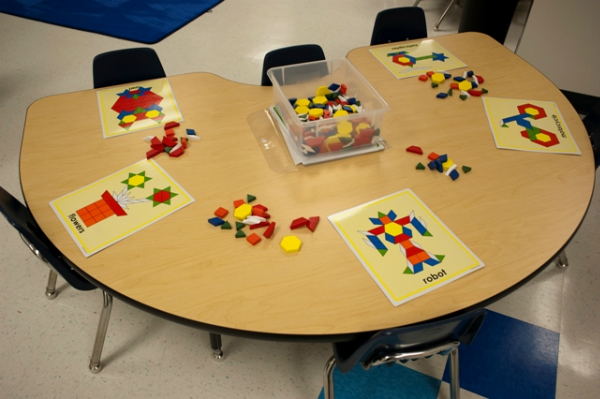 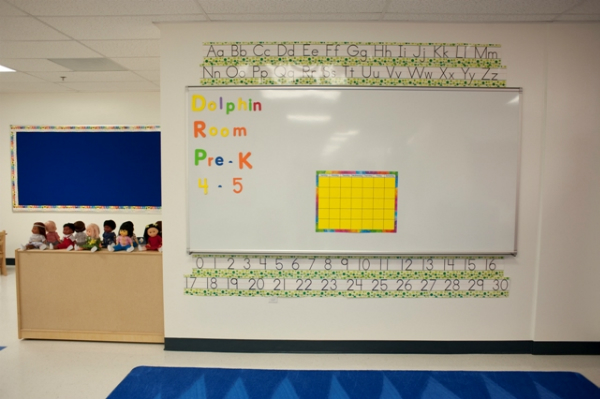 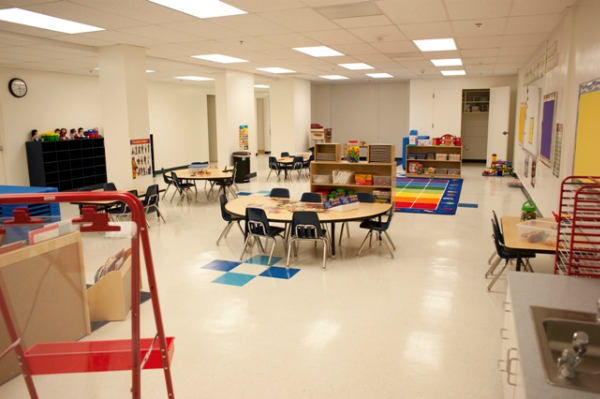 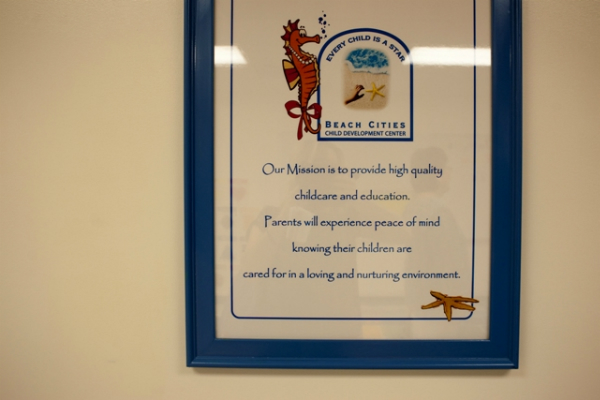 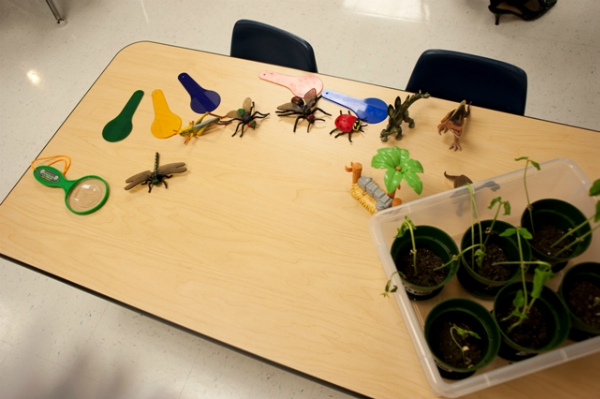 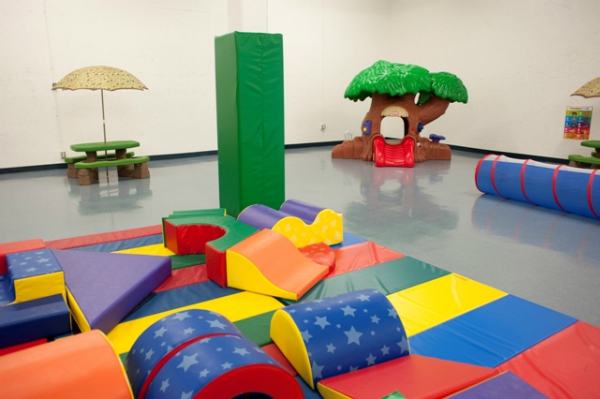 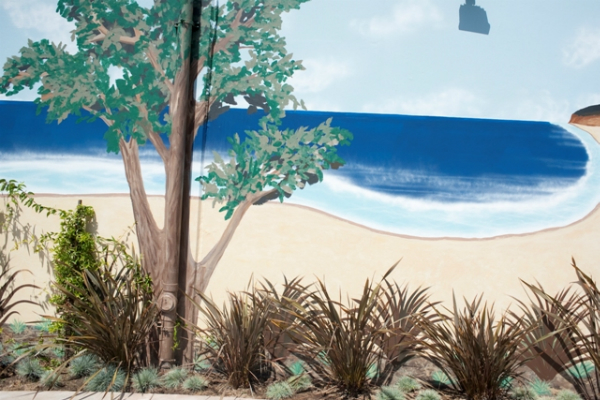 “The thing that got me to bring my kids to their other center was the fact that there are no TV’s on campus,” said Kelly Olin. “The teachers really keep the kids active and engaged. They are clearly passionate about what they do.”

Susan Burden, the CEO of BCHD, believes the center is a great fit for South Redondo and the employees at the BCHD.

“It was initially targeted for employees who needed daycare,” said Burden. “It just gives a better environment for parents who work.”

Because of the center’s proximity to an Alzheimer’s care program, they hope to develop curriculum in tandem with the BCHD’s senior citizens and hopefully cross the generation gap with arts and crafts and activities.

“It’s a real opportunity to open the fence between the two and play and share together,” Olin said.

Although the curriculum of the 850 Inglewood Ave site and the BCHD site are the same, the spaces are completely different. The BCHD site’s outdoor space is complete with a playground, a grassy knoll with mesh fencing at the bottom as well as a tricycle track around the play area.

“I love children and this was born from that love,” said Zohra Haji, a co-owner of both the centers.

Enrolling your child at the BCHD site is about $50 more than the Inglewood Ave site. The prices range from $600 to $980 a month. They currently have three employees, but hope to expand as enrollment numbers increase.

“We’re just thrilled you’re here,” said Burden to Haji and her husband and fellow co-owner Hanif Haji during the ribbing cutting ceremony. “You’re going to be a credit to our community for years to come.”