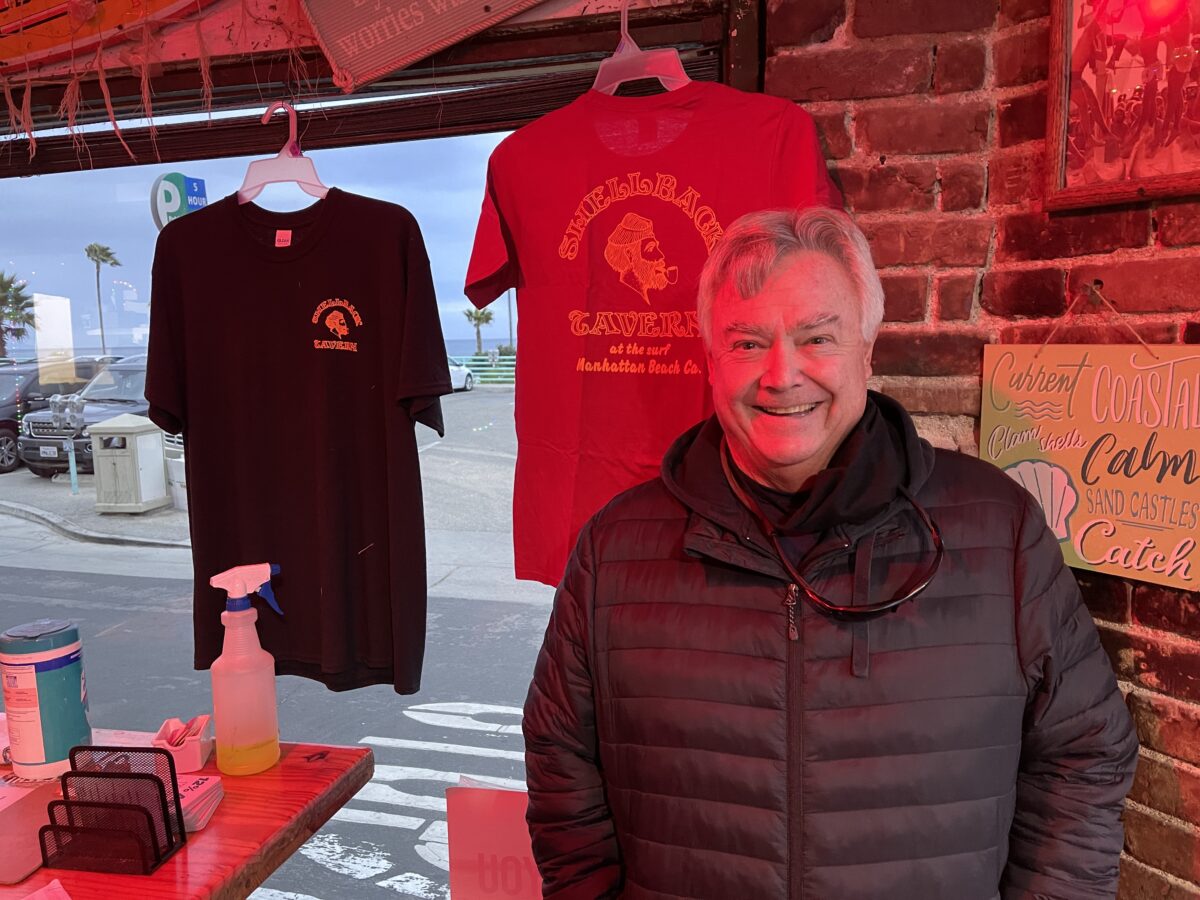 Bob Beverly, the owner of the Shellback Tavern in Manhattan Beach. Photo by Jefferson Graham

Bob Beverly is happy to start serving customers again outside his iconic Shellback Tavern (116 Manhattan Beach Blvd.) which overlooks the Manhattan Beach Pier, just up the street from the ocean.

It’s been a tough 10 months since the pandemic began, as the restaurant/bar was open, then closed, then open again and on and on. But now, California has re-opened outside dining, and Beverly can welcome regulars and new customers back.

Shellback makes money when people are inside, having a good time at one of those iconic watering holes with walls that are a non-stop feast for the eyes. It’s not that he didn’t make much money with fewer tables and restrictions, he just lost less money than he did when he could only serve take out food and drink.

He tells of going to Chin Chin in El Segundo recently to pick up some takeout food for his wife and daughter the other day, “and my bill was higher than our entire food sales for the day,” he says.

To keep going, and more specifically, to be able to continue paying his employees, Beverly shed possessions. He ditched a house in the desert, a motorcycle, his “beloved” Hummer and VW cars. “That’s what we had to do. I don’t care about not making money this year, but I’ve got to take care of my (16) employees.”

The pandemic and shut downs began, in earnest, last March, Beverly says he had “no idea,” it would last this long. “I’m hoping by summer, we can get back to at least some amount of seating inside,” he says. Because once the sun goes down, “people really don’t want to be outside.” ER