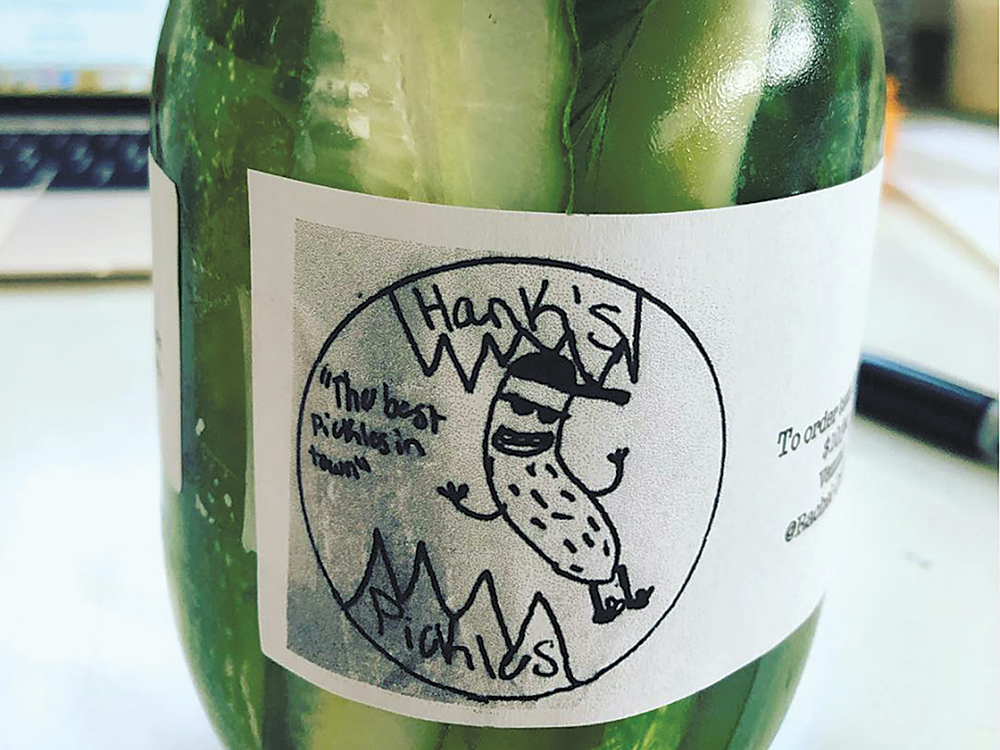 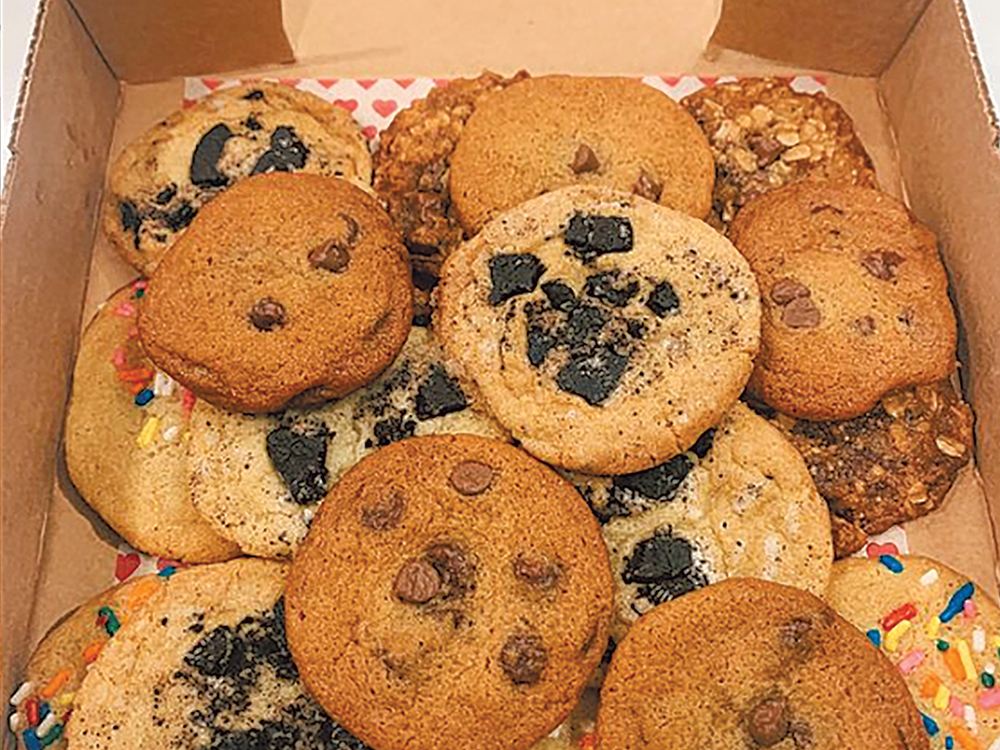 When Suzanne Hadley ran for City Council two years ago, she used her experiences as a mother of four kids and as a former small business owner as her platform. She said at the time that both roles gave her valuable lessons in fiscal restraint and managerial responsibility.

“I’m not going to promise you the moon. I didn’t promise the moon to my kids,” Hadley said during the campaign. “I’m used to people not being happy with me, for 23 years. When you are raising a family, you are not looking to be best friends.”

Now, as mayor, Hadley has launched a program that is borne of these experiences. At the outset of every council meeting, she recognizes a local resident under age 21 who has started his or her own business. So far, Hadley has recognized three young entrepreneurs: Taylor Ryan, the CEO of Unstoppable Protective Gear, a company producing “women’s aggressive sports” equipment; Henry Disser, founder of Hank’s Pickles; and Katherine Jester, the young baker behind Kat’s Cookie’s.

“I just love these kids,” Hadley said. “Here in MB we could already have the next Elon Musk. A future SpaceX or Fisker or Skechers could grow from an early venture by our youth entrepreneurs. I love that MB is a new business incubator for the job creators of tomorrow.”

The idea partly came from witnessing her three daughters launch their own business as young girls a decade ago. The girls couldn’t get a pet dog because their mother was allergic, and so they did what any good entrepreneur would do —  they took a problem and made it into a solution. Thus was born Hadley Pet Plus, which began as a dog walking service and evolved into house sitting and pet care in all its forms.

“While you’re out of town, your pets, whether they’re dogs, cats, hamsters, fish, rabbits, etc., will be in good hands when you call Claire, Ellen, and Faith Hadley,” a Hadley Pet Plus poster.  “We love animals and are willing to help anyone. We are punctual, faithful, and take our jobs very seriously.”

Two of the girls are in college now and the oldest is already in the workforce, excelling in corporate sales. But the lessons they learned as young entrepreneurs stay with them.

Hadley noticed, however, that the college applications the girls submitted didn’t ask much about private sector business experience.

“It’s undervalued in college admittance,” Hadley said. “I would like to change that. I think the mayor’s recognition might help, even a little, give that the attention it really deserves.”

Mira Costa freshman Taylor Ryan was the first young entrepreneur recognized. While playing Lacrosse, the 15-year-old  came up with the idea of making better protective gear for female athletes.

“I got hit and it really hurt. So it was stopping me from playing to the best of my abilities because I was scared,” Ryan told the City Council on Jan. 5. “That’s how I came up with this product, because girls should be able to play to the best of their abilities, without any fear.”

Ryan launched her business with guidance from MB Chamber CEO Kelly Stroman and the Young Entrepreneurs Academy. She was a finalist in the national YEA competition.

Eighth grader Henry Disser had a different motivation for founding Hank’s Pickle’s: he wanted to buy a bicycle, and needed money. His is a family business; he was inspired by his grandmother’s pickles and his mother helped him hone his business model.

“We started in the beginning of March, when the pandemic started,” Disser told the council at its Jan 19 meeting, when he was recognized. “I didn’t really have anything to do, and just a lot of free time on my hands, so I just decided…Why not start something, and start trying to make money?”

He was able to buy a bike within the first month. By now, he’s already sold 500 jars of pickles at $6 and $10 each. Hank’s Pickles come in two sizes and two flavors, regular and spicy; and two varieties, spears and chips. The pickles can be ordered on his Instagram page and at GROW market (Henry asks his customers to return their jars so he can reuse/recycle them). Hadley is a fan. “I’m a very satisfied customer,” the mayor said.

Every successful business hones in on a particular market need, and Katherine Jester focused on a particularly irresistible one. Kat’s Cookies delivers warm cookies within 45 minutes throughout Manhattan Beach (and sometimes even to El Segundo and South Redondo). Jester is 15-year-old Mira Costa freshman (and also a product of the Young Entrepreneurs Academy) whose business was likewise hatched during extensive time at home with her family during the pandemic. She was baking at home during the first lockdown and her sister was so impressed with her cookies she suggested selling them.
“I started doing a lot of research and development and creating the best types of cookies that I thought people would really like and would make people smile during times that were kind of rough,” she told the Council at its Feb. 2 meeting. “I started this business…I would make them at my house and deliver to people’s doorsteps a couple of minutes after they ordered. It started to get popular and so I was focused on sales and marketing and how I could brand my business. And then it just started to get more popular and it was super exciting and I was learning a lot. Then I got my California food handlers license, and so that was exciting to do, and so it all just kind of took form and it was super rewarding. I feel so lucky that I had the opportunity to start this business and just learn about entrepreneurship skills.”

Kat’s Cookies now has 13 varieties and can be found on Instagram at Katscookies__. Jester offered to bring samples to the council, but since it still meets via Zoom, a delivery to City Hall wasn’t possible. Councilperson Joe Franklin suspected the mayor of cookie-hoarding.

“I really think Mayor Hadley has got those cookies and is not distributing them to us,” Franklin said, while commending Jester for her entrepreneurial spirit.

Hadley said that though she’s looking for young entrepreneurs of all kinds, she has been particularly impressed with the work that CEO Kelly Stroman of the MB Chamber and its YEA program have been doing with kids like Jester and Ryan. The program, which is administered locally by Nellie Ambrose and instructionally overseen by MBMS teacher Rachel Thomas, is a 20-week class that includes mentorship by successful area entrepreneurs (Spyder Surfboard’s Dennis Jarvis a popular one) and help with everything from logo design to insurance costs to how to do expense sheets and feasibility assessments. It ends with a “shark’s tank” style pitch in which kids receive some actual funding.

Stroman said the program has been going for seven years locally and includes about 20 kids a year. She noted that the mayor’s recognition program has been a really cool thing for the kids, especially this year, when the pandemic has made everything so different.

“I think anybody appreciates being recognized, and particularly by the mayor, and in public,” Stroman said. “It’s very inspiring and empowering to these kids. And it also helps to elevate the importance of their individual effort, because each one of their businesses or ideas is different. So to be recognized for your achievements and your creativity, at a young age is very special.”

Hadley encouraged young entrepreneurs to reach out to her.

“As mayor I want to highlight all kinds of youth entrepreneurs, from the yard mowers to pickle makers, to babysitters — as well as the more-polished, adult-assisted businesses the kids work on through YEA,” she said.

She also offered advice to any young entrepreneur: just start with an idea. Any idea.

“An interested student doesn’t need to over-prepare to start a business,” Hadley said. “And it often takes very little money to start. Just jump in and see where it leads. As Richard Branson once said, ‘[Every] big business starts small.’ Some doors will open, and some doors will close. That’s the excitement of the journey.”

For information on the YEA and how to apply, see ManhattanBeachChamber.com/YEA. ER