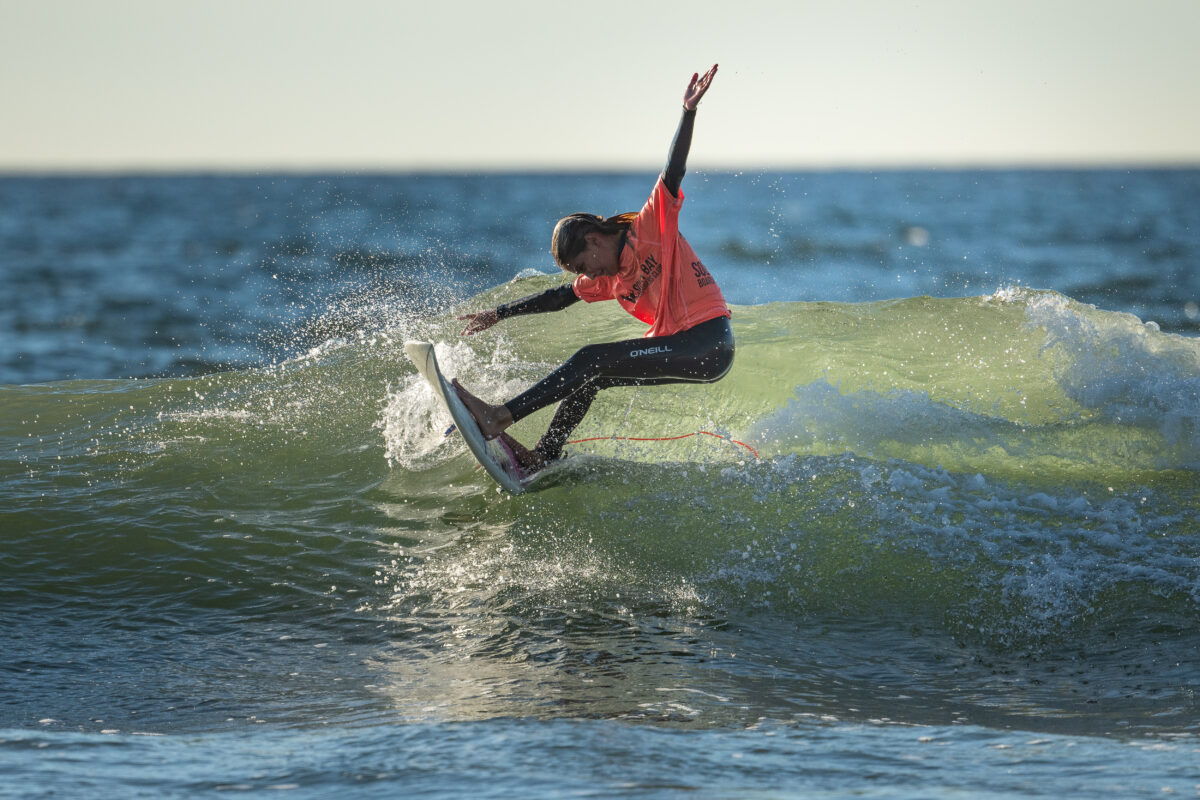 The future of South Bay surfing was showcased last Saturday, at 42nd Street in Manhattan Beach, and he is a she. Marlo Harris, 11, a Beach Cities native, now living in wave rich Dana Point, won the combined boys and girls division (14 and under), and the open women’s division at the South Bay Boardriders Club’s first contest since the pandemic.

The contest drew 241 competitors, the largest number of entries since the SBBC contest series began a decade ago. The open women’s division had 16 entries, half the 30 in the open men’s, but a significant increase from previous years.

Competitors were rewarded for the pandemic layoff with warm, glassy, offshore conditions, and fast, head high waves ideal for long rides with lots of slashing turns.

For complete results, and to register for the Dive N’ Surf SBBC contest, to be held Jan. 8 at Torrance Beach, visit SouthBayBoardiders.com. ER