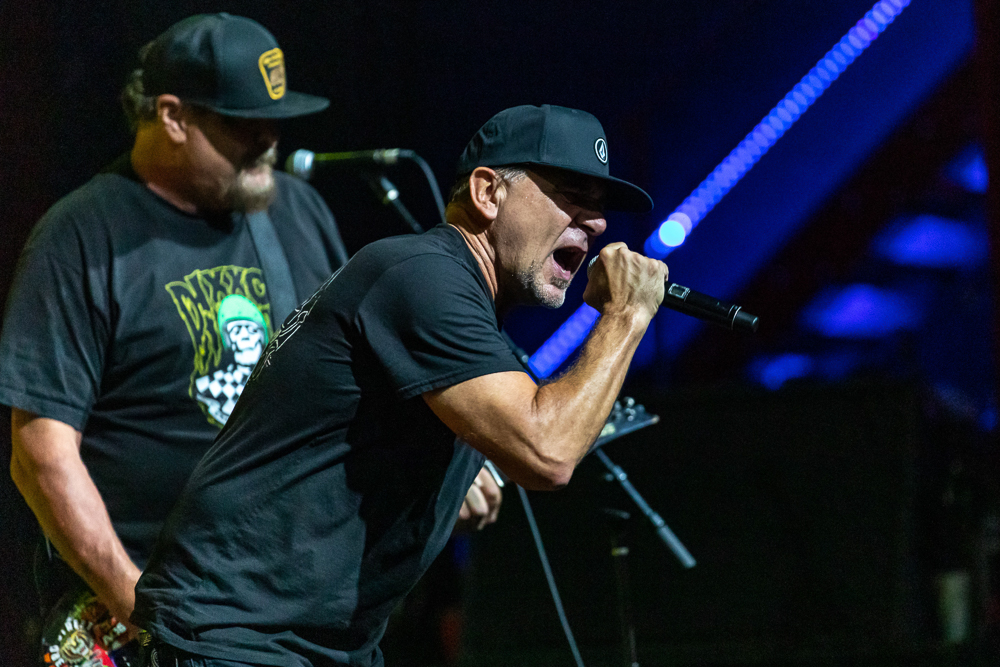 Pennywise's Fletcher Dragge and Jim Lindberg at The Majestic, in Ventura. Photo by JP Cordero

South Bay bands Pennywise, Deviates and Slaughterhouse, joined San Francisco’s Dead Kennedys at the Majestic Theater, in Ventura, Friday night for one of the first punk concerts since the pandemic. Slaughterhouse opened with celebratory energy, followed by The Deviates, who were joined by “Donald the Horn,” of Guttermouth. But the pandemic was not entirely in the past. Dead Kennedys led with “Forward to Death,” followed by lead singer Skip Greer screaming at his fans, “Get the vaccine you f…ing f..ks.

Pennywise, which recently released a new album, “Never gonna die,”  is touring the western states. Pennywise ended the evening with “Bro Hymn,” in memory of friends and family lost in recent months, among them Norman Truman and Grace Marie Cordero. Singer Jim Lindberg invited Cordero’s brother JP to the mic to join him in singing the punk anthem. ER