“Spider in the Web” – Quite tangled [MOVIE REVIEW] 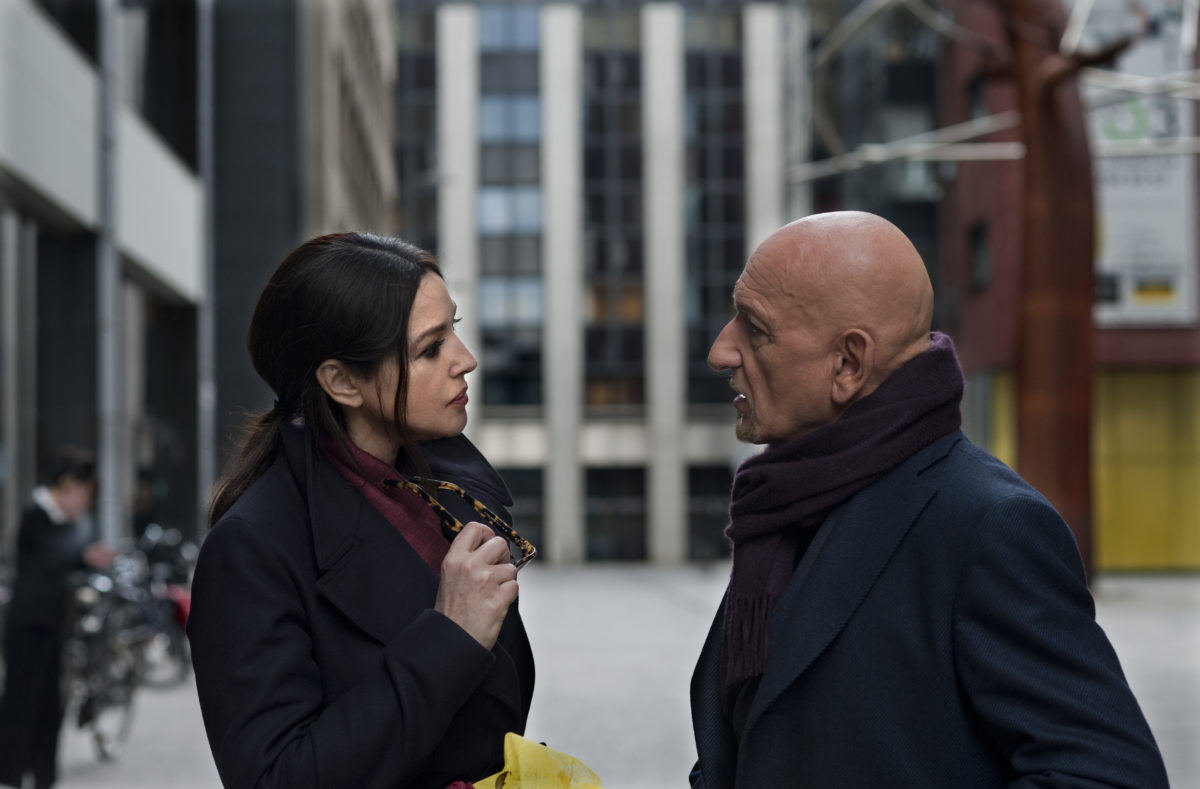 “Spider in the Web,” a film from Israeli director Eran Riklis with an international cast, is a somewhat convoluted thriller with John Le Carré pretensions that succeeds more than it fails. A tale of the Mossad, international espionage, Syria, biological weapons, and industrial corruption at the highest levels, Riklis and writers Gidon Maron and Emmanuel Naccahe have woven quite a complicated web.

Adereth (Ben Kingsley), an old school Mossad spy operating in Belgium, has become a liability. The Mossad, acting on what was one of his leads about a Syrian chemical warfare plant, came up with nothing but embarrassment. It’s time to retire the reluctant Adereth; Daniel, a newly minted agent and son of Adereth’s long time, now deceased, partner, has been sent to convince him to come back to Israel. But Adereth is not ready. Admitting that he has exaggerated his previous intel in order to appear relevant, he now has what he believes is the most important leads of his career and will direct him definitively, not only to the chemical weapons plant in Syria, but also the Belgian-based company with the formulas. Daniel must, he insists, allow him to follow his last lead, despite his most recent mishap that almost led to another international embarrassment for the Mossad.

Samuel, Daniel and Adereth’s boss, has been dispatched to do what Daniel has been unable or unwilling to do. The consequences have now increased exponentially as Daniel could be fired and Samuel would like nothing better than to put Adereth in a secret prison for the rest of his life. Adereth prevails, however, and is given one last chance to chase his lead, the glamorous Angela, a high-level employee of the company suspected of supplying the chemicals and the know-how to Assad’s regime in Syria.

The title Riklis has chosen, “Spider in the Web,” refers not just to the prey the Mossad is trying to ensnare, but, more importantly, it refers to the internecine relationships of all the characters. Adereth weaves a sly tale of his previous relationship with Daniel’s now dead father, drawing him closer and closer in order to make sure that Daniel’s loyalties lay with him before those of Samuel. Samuel works covertly with Jan Martens, his counterpart in Belgium security. The relationship between Angela and Adereth is, ostensibly, based on a mutual trust that must be earned on both sides, leaving both sides vulnerable.

Ben Kingsley in “Spider in the Web.” Courtesy of United King Films.

It appears, however, to be Adereth’s game to lose as he is a manipulator extraordinaire, as was necessary in his line of work. But no one is as they seem, with the exception, perhaps, of Daniel, a young man both skeptical and believing. The world of these spies is, as one would expect, convoluted and corrupted.

And it is this convolution that undermines some of the story. Riklis, highly influenced by Le Carré from the standpoint of human psychology, the dark evil and the destruction of innocence, understands and effectively conveys the complexities of human relationships and the demands of the ego. What he seems to miss in the process is his ability to tell a clean story in a fast and efficient manner. With Le Carré it is the relationships that drive the story; in Riklis, everything is more complicated, but not in a good way. “Spider in the Web” begins tantalizing enough but then bogs down and slows when it should be gathering speed. The collateral damage of marginally related characters my up the ante but it definitely slows the action. That speed eventually picks up in the latter quarter of the film when the various paths of subterfuge and malevolence begin to coalesce, and some of the muddy clues dropped along the way begin to come together. While Riklis has a good beginning and very good character development, he wastes a lot of that good will following the threads of extraneous characters who slow what should have been relentlessly building, white knuckled suspense.

The cast of international actors is uniformly good and add credibility to what is a decent film that should have been a great one. Leading the cast as Adereth is the always reliable Ben Kingsley who can portray manipulation with his eyes closed. Monica Bellucci is effective as the elusive Angela; Itzik Cohen is the angry Mossad supervisor come to remove Adereth; and his seemingly jovial counterpart in the Belgian Secret Service is played convincingly by Dutch actor Filip Peeters. The real star, however, is Itay Tiran as Daniel. It’s incredibly difficult to play straight man in anything and playing straight man to Ben Kingsley would have been doubly difficult, but in the end, the film rests on the believability of whether or not Daniel has truly bought into Adereth’s stories, manipulations, and exhortations. Tiran is believable in a minimalist way that is exceedingly difficult to convey.

It’s not exactly Machiavelian for me to mangle his famous quote, but with “Spider in the Web,” the means don’t entirely justify the ending, but the ending is worth waiting for.

Opening Friday, August 30 at the Laemmle Music Hall and On Demand.