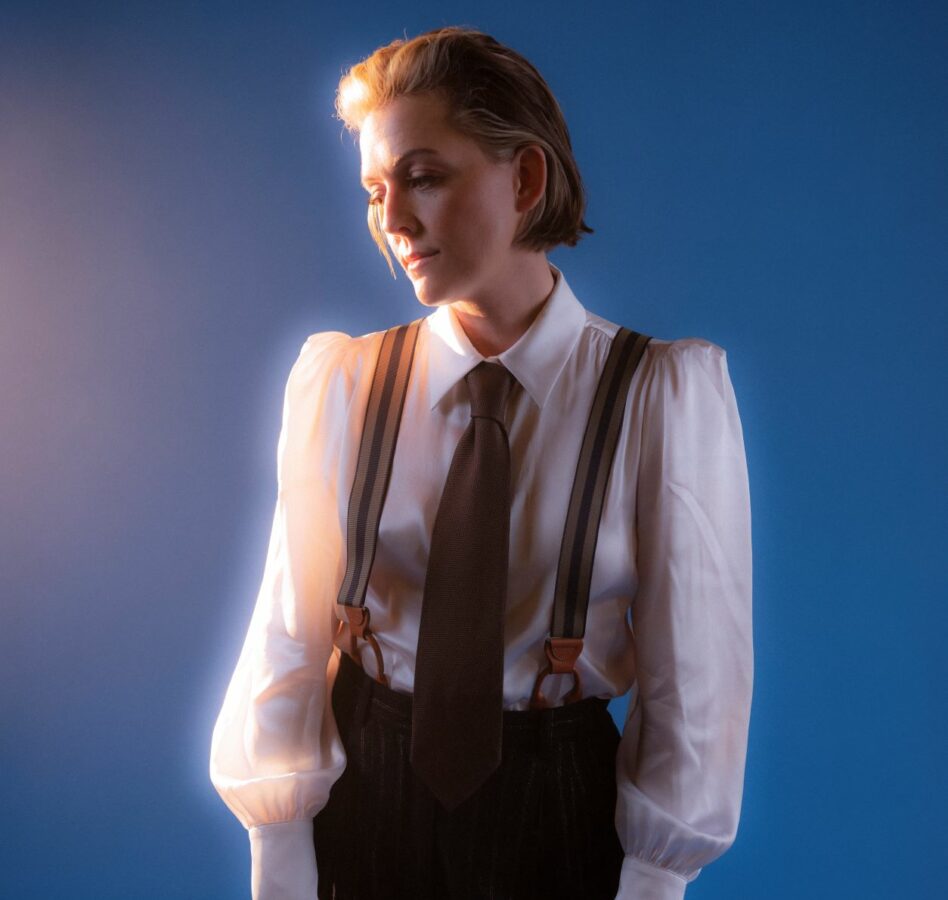 When Brandi Carlile was in high school, she’d never met an openly gay person. Everyone in her town of Ravensdale, Washington, which at the last Census had 555 people and 257 households, went to church.

Carlile came out when she was 14, inspired by talk show host Ellen DeGeneres’s public coming out. The pastor of her church made an example of her by asking her in front of her peers whether she “practiced homosexuality.”

The now-very-famous singer-songwriter recounts in her best-selling book, Broken Horses: A Memoir, that she dealt with the experience of feeling alone, isolated, and humiliated by finding her own tribe. She dropped out of high school and dedicated her life to music – a saving grace that had permeated her childhood. Her mother sang in a country band and her parents were always listening to country music. Carlile first sang onstage at the age of eight.

At 17, she learned guitar and strode bravely into the world with a voice that the New York Times would later describe as possessing “startling range.” Soon she was performing country music in bars in Seattle, about an hour’s drive from her town.

On that circuit, she met Phil and Tim Hanseroth, identical twin brothers who played in a band called Fighting Machinists. When the band broke up, Carlile, with characteristic bravado, approached the brothers and asked them to be in a band with her.

Soon she and the twins were opening for such big names as Dave Matthews Band and India.Arie. In 2004, when she was in her early twenties, Carlile signed with Columbia Records. Her self-titled album catapulted her to fame a year later.

A second album, The Story, peaked at No.5 on the iTunes Music Store’s most-purchased songs list. That story snowballed into a story about a successful music career that spans seven studio albums, six Grammy awards, 17 Grammy nominations, a memoir that perched at #1 on the New York Times’ list of best-selling books, a spot on Barack Obama’s year-end playlist, and a record for being the first female songwriter to have two songs nominated for Grammy awards in one year. (Those songs were “Right on Time” and the song Carlile recorded with Alicia Keys entitled “A Beautiful Noise.”)

Carlile’s music is a fusion of folk, country, pop, and rock. She’s happy to be categorized as Americana; when the Grammy Awards moved her music from Americana into the pop category, she wrote on Instagram that she was disappointed because part of her mission is to represent queer people in rural America who “are raised on country and roots music but are repeatedly and systematically rejected by the correlating culture.” She has referred to Americana as the “island of the misfit toys” and herself as “such a misfit.”

In her acceptance speech at the 2019 Grammy Awards, at which she was the most nominated woman, she expressed her gratitude to the Americana music community that changed her life.

“I feel like [Americana] is a genre that looks around and notices people that aren’t being seen everywhere else, and it picks out people that it feels doesn’t have a place, and it gives them a platform,” she said. “The way that I’ve been embraced … has been heartening to me as a gay kid from Seattle.”

Musically, Carlile is tough to categorize; her voice is country but her music is rock, and borders on pop sometimes, too. The connective tissue through all her songs is her emotionality, the way her voice makes you feel.

“What is it about Brandi Carlile’s voice that gets right inside you?” NPR once reported. “The power? Her range? It may be the way she can crack open a note[.]”

Her lyrics are sensitive and thoughtful. Her direct acknowledgment of folks who feel like they don’t fit in has earned her a loyal fan base that calls itself “The Bramily.”

Carlile’s folk-rock song “The Joke,” perhaps best known because there’s a YouTube video of her performing it inside a Tennessee cave, has become a sort of anthem for the queer community. “Don’t ever let them steal your joy … let ‘em laugh while they can, let ‘em spin, let ‘em scatter in the wind,” she sings. “I have been to the movies, I’ve seen how it ends. And the joke’s on them.” Fans write often in online forums that Carlile makes them feel “seen.”

Critics are drawn to her soulfulness and the strength of her vocal talent. The Boston Globe described her as possessing “emotional intelligence, thoughtful clarity, and most importantly, the most arresting female voice in pop this side of Adele.” USA Today described her music as having “a big heart, one that responds with love, not fear.” Paste Magazine described her as “a hurricane of lung power.”

Today, Carlile and her wife, Catherine Shepherd, are raising their daughters, Elijah and Evangeline, on 90 acres of verdant Washington land in the Cascade Mountains, where Carlile’s bandmates and their families also live. They call it “The Compound” and tell reporters that doing life together – fishing, cooking, playing with the kids – is fodder for the best music. A new album came out of quarantining at The Compound in 2021.

Nearly two decades after rising to stardom, Carlile continues to give both her music and her money to people who feel like they’re living in the margins. Country music star Bonnie Raitt has described her as “the den mother” for “causes.”

Carlile’s foundation, Looking Out Foundation, has in several years donated more than $2 million to such organizations as The Trevor Project, which focuses on suicide prevention efforts among LGBTQ+ youth, and Campaign Zero, which works to curb police violence in America. She also owns a wine label, XOBC, that funnels profits to organizations fighting laws that discriminate against people who identify as queer.

A writer for The Current once wrote that when Carlile sings, “you’re a believer.” Whether it’s in the possibility of progress or the hope of human connection or the power of music, Carlile wants you to believe in something. 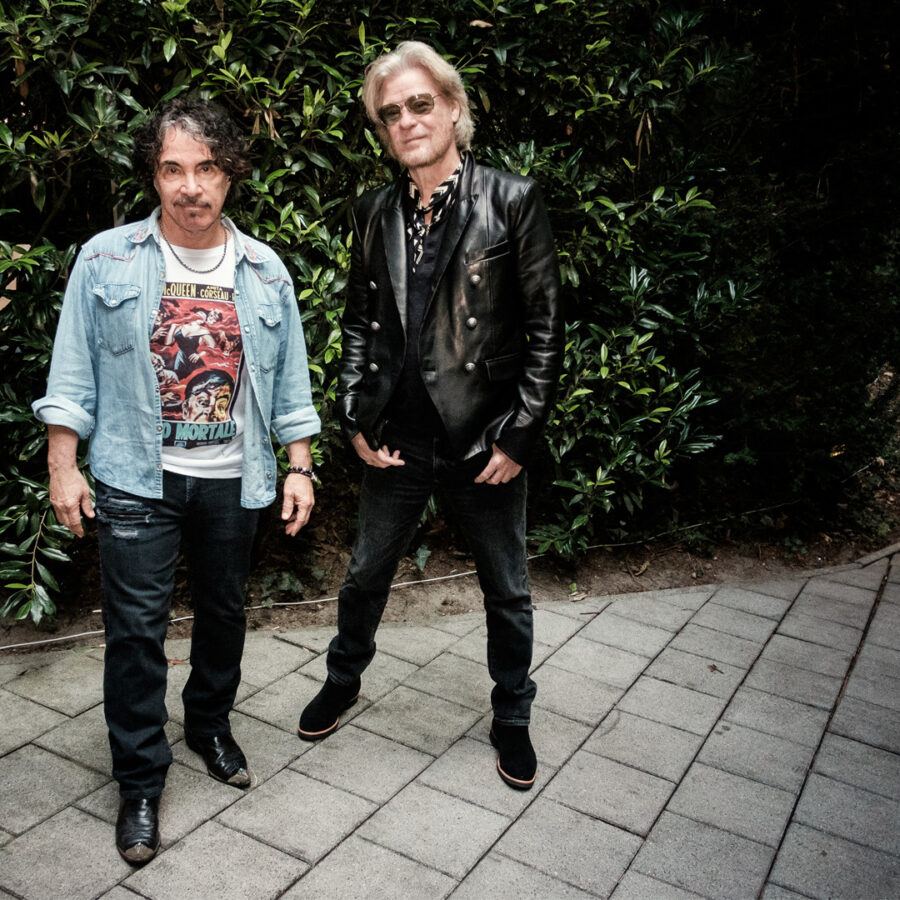 Hall & Oates, one of the most successful singer/songwriter duos perform Friday, September 16 at BeachLife Ranch. Their hits include “Rich Girl,” “Kiss on My List,” “Private Eyes,” and “I Can’t Go For That (No Can Do).  Photo by Monday Agbonzee / courtesy Shore Fire Media