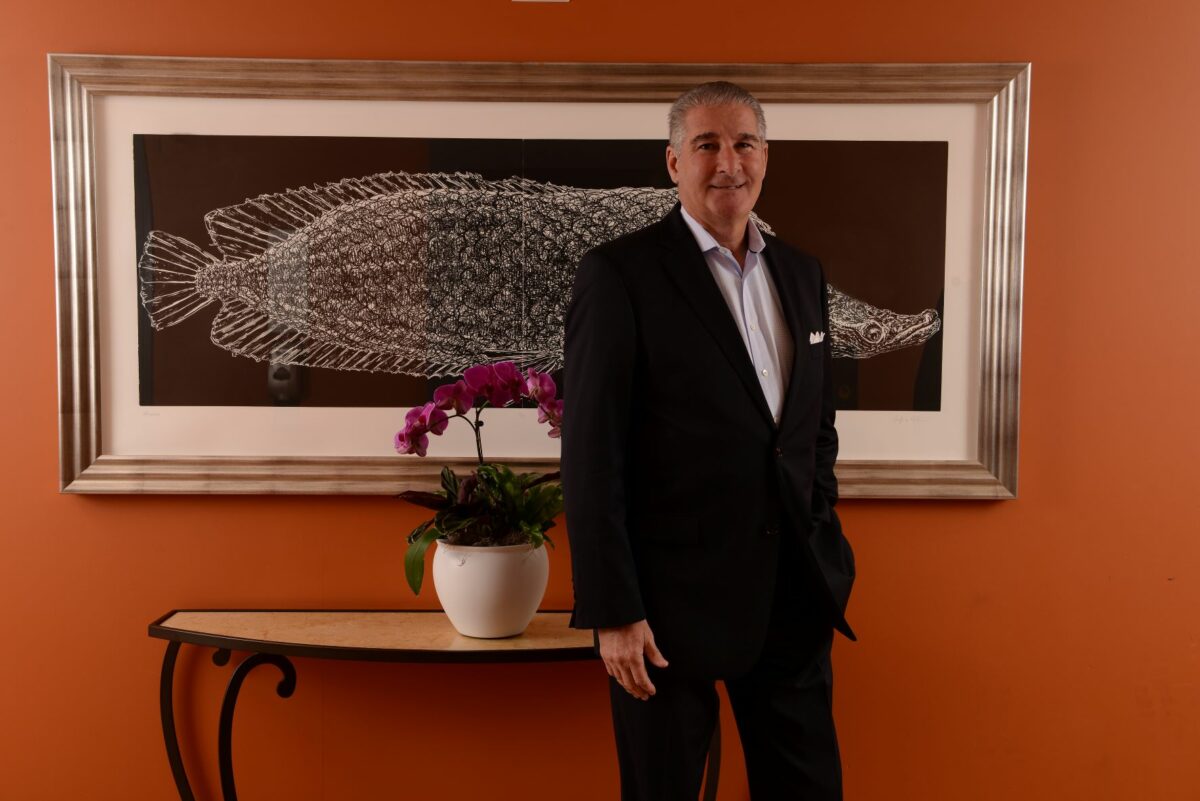 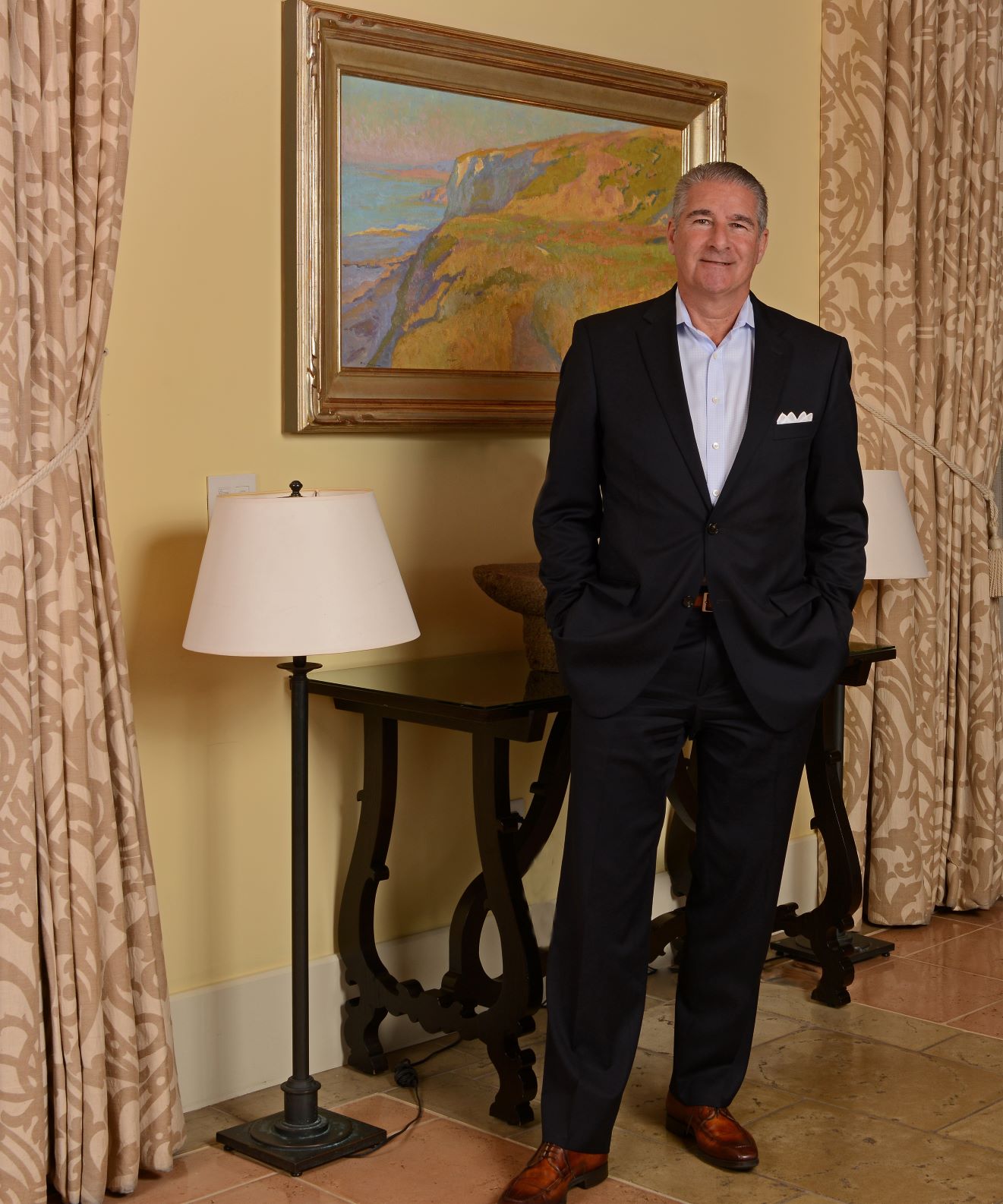 A changing of the guard has occurred at Terranea Resort. In March, hospitality industry veteran Ralph Grippo took on the role of president, replacing Terri Haack, who had been the face of the resort since its opening in 2009. Haack has been named senior vice president of Lowe, the development firm that owns Terranea Resort. Her new position involves acquiring, and developing luxury resorts.

Grippo’s career spans over 30 years in the hospitality industry.

Grippo spent 11 years with Irvine Company, where he was responsible for the opening of the Resort at Pelican Hill. Previous to Irvine Company, Grippo spent nearly two decades with The Ritz-Carlton Hotel Company, where he served as area vice president for China, and area vice president for Southern California, and Hawaii. He also served as general manager for Ritz-Carlton hotels in Huntington Beach, and Shanghai, and was involved in the opening of Ritz-Carltons in Marina del Rey, Pasadena, Osaka and Beijing.

“​​I’ve got a few travel tags from around the world,” he said.

Grippo is making a quick study of Terranea by living there while looking for a new home on the Peninsula.

Grippo’s assignment at Terranea is to lift it up from a four star to a five star resort.

“In the luxury segment, it’s really about refining a lot of little things, not any one big thing,” he said.

“Affluent travelers generally can go anywhere they want, anytime they want, and can purchase anything they want,” Grippo said. Yet buying positive experiences, and memories isn’t as easy as purchasing a product on Amazon. They have to be created, which is where the personalized details come into play, he explained.

Knowing the name of an arriving guest, customizing meals to their tastes, and writing personal notes are among the many ways to make the hospitality experience feel special, rather than simply transactional, he said.

In his previous positions, Grippo introduced new technologies, such as a messaging system that collects guest preferences before the guests arrival. He is redesigning Terranea’s check-in procedures, so guests staying in casitas, or bungalows can go directly to their accommodations, rather than waiting at the front desk.

His emphasis on personalization extends to guests visiting the resort for events and activities.

“Maybe that person has a daughter who may get married one day. We’d like to be their place of choice. Or maybe that individual is a decision maker for an upcoming event, or they have an interest in returning as a guest,” Grippo said.

Another example of personalization, he said, is having the attendant checking in cars radioing ahead who’s arriving so the welcoming staff can escort the guests to their rooms or event, which is important given the 102-acre size of the property.

“We’re  doing more than just giving them a ticket for their car, saying good morning and sending them on their merry way. We’re building relationships,” Grippo said.

In addition to focusing on personalization, Terranea Resort is offering more experiential events — something that it’s done in the past but wants to expand on. Some events, like outdoor movie nights, are for hotel guests. Others, like full moon yoga, junior golf camps, and specialty dinners at the resort’s restaurants are open to locals.

“We’re all neighbors and we’re in this together,” Grippo said.

Grippo is meeting with local elected officials and philanthropists to ask them what more Terranea can do for the community. The resort recently hosted an event for the Palos Verdes Peninsula Land Conservancy, and is exploring ways to work with them.

Terranea is reintroducing native plants grown by the Conservancy on its nearly 74 acres of undeveloped property.

The timing of Grippo’s arrival  has been fortuitous.

Terranea has seen a surge in business over the past few months.

“It’s time for us to at least try to put COVID behind us,” he said. “Getting people in the  mindset of moving forward is important for us as humans, and also for us as a resort as we strive to become a five-star rating.”

“We’ve got to look forward, and think about what’s possible, versus thinking about what may seem like burdens and hold us back,” he said. PEN