Storm water tossed out on the street sewer 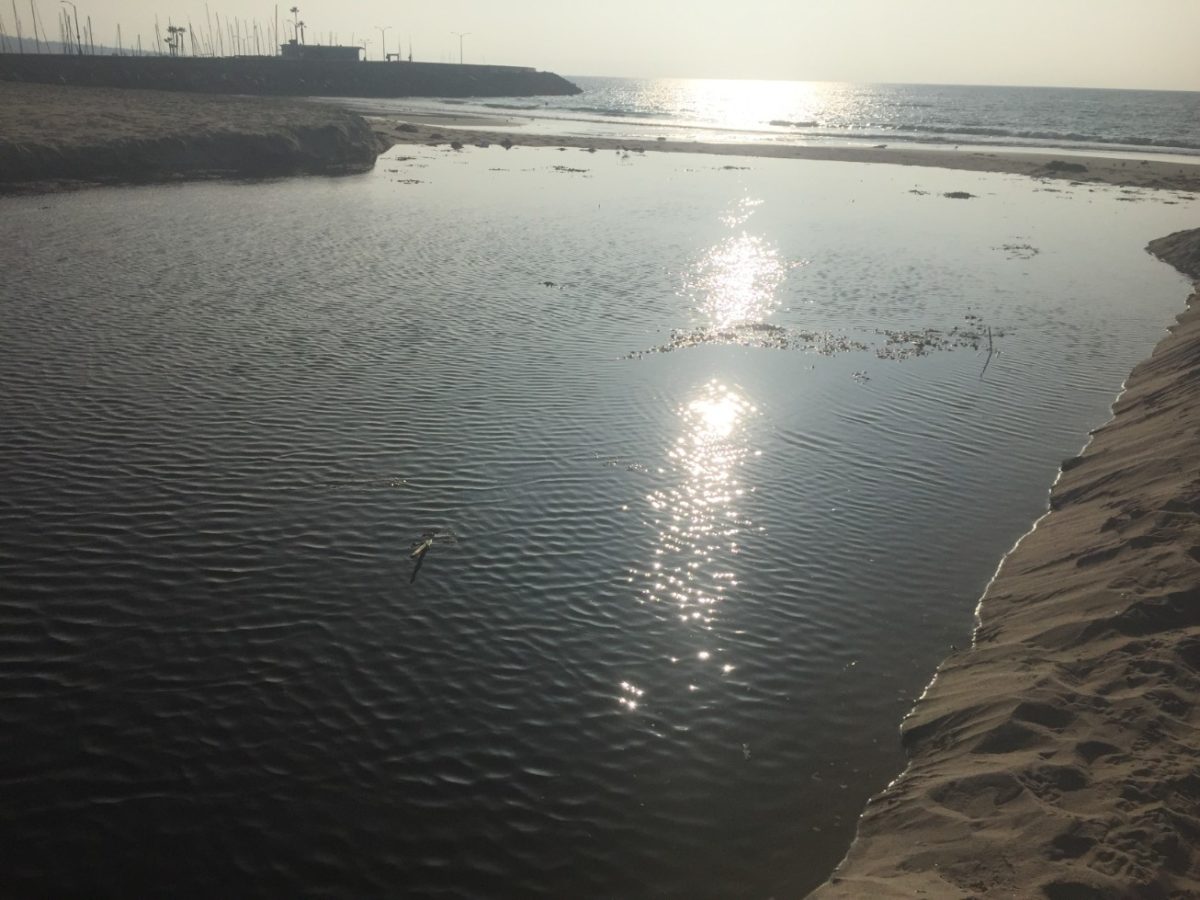 Stormwater pools in front of the Herondo Street outfall along the border between Hermosa Beach and Redondo Beach after a rainstorm. Photo by Lazaro Serrano

A controversial stormwater capture project under the Hermosa Beach Greenbelt in south Hermosa has been scrapped, but a smaller, unrelated “porous pavement” drainage system is now under consideration. The smaller system would be installed on the streets between 6th Street, and Herondo Avenue on the north and south; and Monterrey Boulevard and Hermosa Avenue on the east and west.

So-called permeable pavement is described by the U.S. Geological Service as “a porous urban surface which catches precipitation and surface runoff, storing it in tiny gaps, or ‘reservoirs’ incorporated in the concrete, allowing water to slowly infiltrate into the soil below.”

According to the Environmental Protection Agency (EPA) permeable pavement “can help filter out pollutants,” cool the road surface, and have numerous other benefits, including a “reduction in construction costs for future residential and commercial development.”

Hermosa is part of the Beach Cities Enhanced Watershed Management Program, along with Redondo Beach, Manhattan Beach, Torrance, and the Los Angeles County Flood Control District. The cities are required to comply with federal mandates governing the number of days bacterial counts can be expected to exceed established targets at local beaches.

Hermosa Beach recently repaid $267,000 to Redondo Beach to settle a dispute that involved previous plans for construction of a stormwater facility under the Greenbelt in south Hermosa.