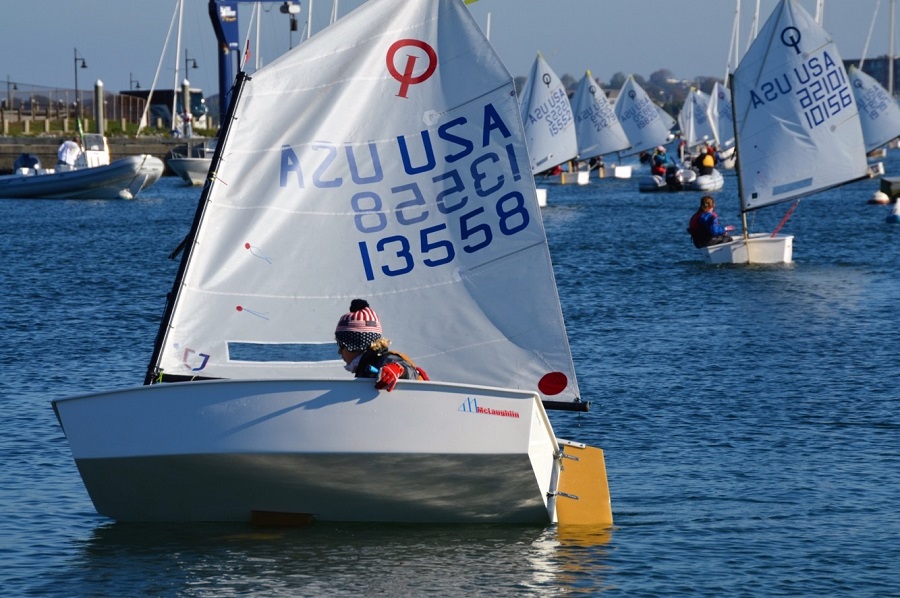 Battling waves and wind, the thrills afforded a sailor are many. Yet for Taft Buckley, the sport has provided journeys not experienced by watermen twice his age.

Buckley, a 14 ½-year-old 8th grader at Parras Middle School in Redondo Beach, is off to his latest adventure after being the only sailor from the West Coast to be invited to represent the United States at the 35th Lake Garda Optimist Meeting in Riva del Garda, Italy.

One of the largest and most prestigious youth sailing regattas in the world, the event takes place April 12-16 and features more than 1,000 competitors from 28 different nations.

This marks the fourth time Buckley has been a member of US Sailing Teams and has competed in Palamos, Belgium and Sri Lanka.

“When I made the Palamos team, I was not quite ready for such a big event like that,” Buckley said. “There were so many sailors and the wind conditions were intense and then dead calm.  It wasn’t until I made the Belgium team that everything started to click.”

He finished as the top U.S. sailor and 24th overall in the regatta. 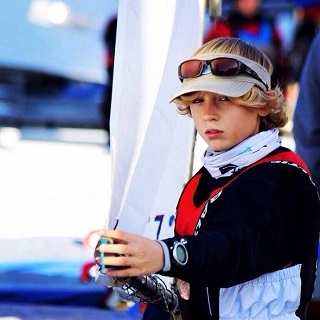 Taft Buckley prepares for competition in Belgium during the summer of 2015. Photo by Laura Burns

Taft and his parents, Frank and Stephanie Buckley, make the most of the opportunities. The family left Tuesday to take in some skiing in Zurich, Switzerland before heading to Italy. Following the competition, they will visit Venice where Taft plans to add a ride in a gondola to his list of goals accomplished.

Buckley’s travels have included sailing various courses throughout the United States, snowboarding in Spain, visiting the tallest building in the world — the Burj Khalifa in Dubai, and volunteering at an orphanage in Sri Lanka.

Buckley began sailing at the age of 10 upon the urging of a family friend.

“My mom has a really good friend that kept suggesting each summer that she sign me up for sailing,” Buckley recalled. “We were not a sailing family so, she just didn’t quite get the sport. I decided to sign up for a two-week session. I found my passion and my passion was sailing.”

Buckley competed for the USA Asian Team in Sri Lanka and took advantage of a five-week vacation when he and his mother visited family in South Africa where Taft was mentored by South African Sailing Team coaches Asenathi Jim and Roger Hudson.

Buckley competes in an Optimist, a small single-handed sailing dinghy intended for use by young sailors up to the age of 15.

“This is my last year in an Opti so I’m making the most of every moment,” Buckley said. ”Competing in the Garda has been a longtime goal. Growing up watching videos of the regatta has made it a dream of mine. The thrill of finishing and competing around the world while seeing different cultures and making new friends has made the sport of sailing so special for me.”

Buckley feels the toughest part of sailing for him is finding time to train while juggling school work and the fewer training opportunities in the South Bay compared to those on the East Coast.

“It’s difficult to find someone locally that is on the same level so it’s harder to push myself,” Buckley said. “I only started sailing in 2012 so I was behind in experience but I pushed forward. I use videos and books to study tactics. My boat handling has gotten to a point now where I’m focusing on better starts.”

Buckley is a member of the LIMA Sailing Team based on the East Coast that will be competing in Italy.

“The reason we joined LIMA is that it is a sailing club and not of a particular yacht club,” Stephanie Buckley said of the family’s commitment to the sport. “The sailing team has a vested interest in all of its sailors and getting top-level coaching.” 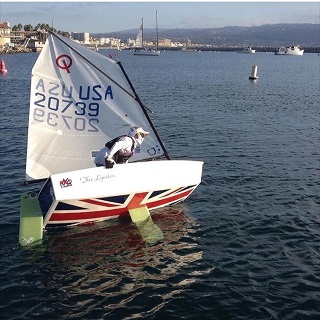 Practicing in King Harbor, Taft Buckley sails The Lyndon, an Optimus boat named in honor of his grandfather. Photo by Stephanie Buckley

LIMA head coach Eric Bardes knows how difficult it is to win the Lake Garda regatta but feels if Buckley has a good first day, he could reach the podium.

“There are a lot of things that can go wrong on the lake, but Taft is a self-driven kid,” Bardes said. “The Opti class is not as popular on the West Coast and we were happy to have Taft join our team. He’s a natural athlete that we call the ‘Cali Kid’ and is one of those kids that really stands out.”

Although he has his own boat, Buckley uses a LIMA boat for international competition. Locally, he can be seen sailing The Lyndon, named in honor of his grandfather who was born in Wales and has the British flag painted on the bottom of the boat. Lyndon is the middle name of Taft, his father and grandfather.

Cross-training plays a big role in Buckley’s regimen as he works on improving his core strength doing push ups, pull ups, crunches and runs. He also enjoys surfing, swimming and hiking and is very passionate about skateboarding, which he says helps improve his limbs and coordination — important attributes in the sport of sailing. He takes his skateboard with him on every trip.

The mental aspect of sailing is also something Buckley continues to work on.

“In 2015, when I competed in Belgium, the wind was 40-50 knots and a very scary thing,” Buckley recalled. “I was used to the waves but not the wind. It can mess with your mind.”

Buckley is studying hard to keep his grades up with plans to attend Georgetown University after high school.

“Georgetown has one of the best sailing programs,” Buckley said. “It would be a great fit for me.”

Despite his busy schedule, Buckley enjoys many extracurricular activities that are not limited to the water. Along with skateboarding and surfing, he enjoys motocross, music and cooking.

He plays the drums, piano, ukulele and guitar and said his favorite music differs on the moment.

“I like the Grateful Dead, Beatles, Metallica, Led Zeppelin and the Doors,” Buckley said. “If I’m into the guitar, I’ll play the Eagles. If I play piano, I enjoy John Lennon. We are studying the lyrics to ‘Imagine’ as part of a poetry lesson in my English class.”

One of Buckley’s highlights was being able to play piano in the London airport.

Buckley also enjoys photography, taking his Nikon to shoot images of skateboarding and wildlife, and relaxes by cooking.

“My favorite dish is pasta,” Buckley said. “I’m looking forward to taking a cooking class in Italy and bring home some new recipes.”