Hahn, Napolitano to face off in General Election 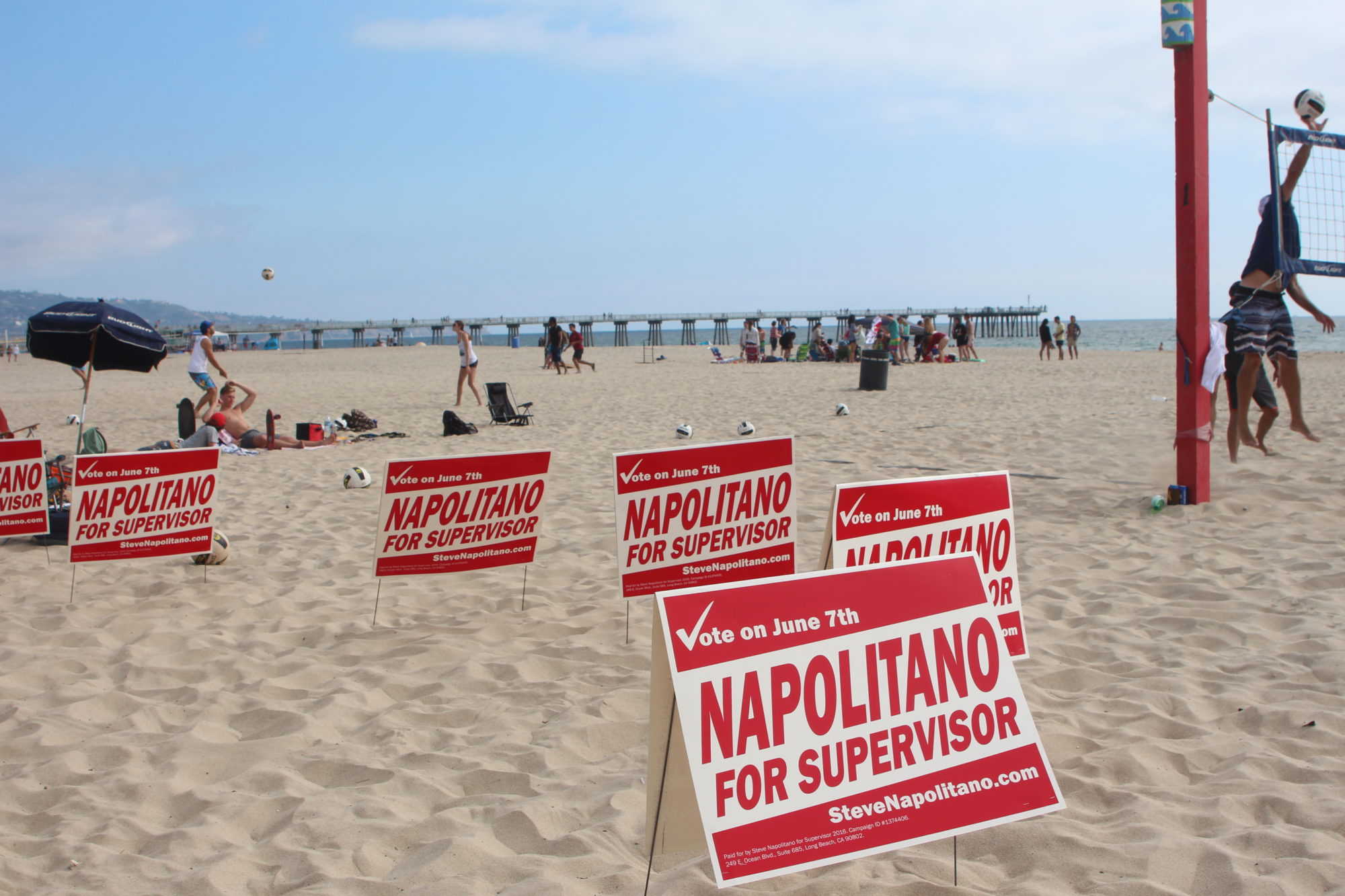 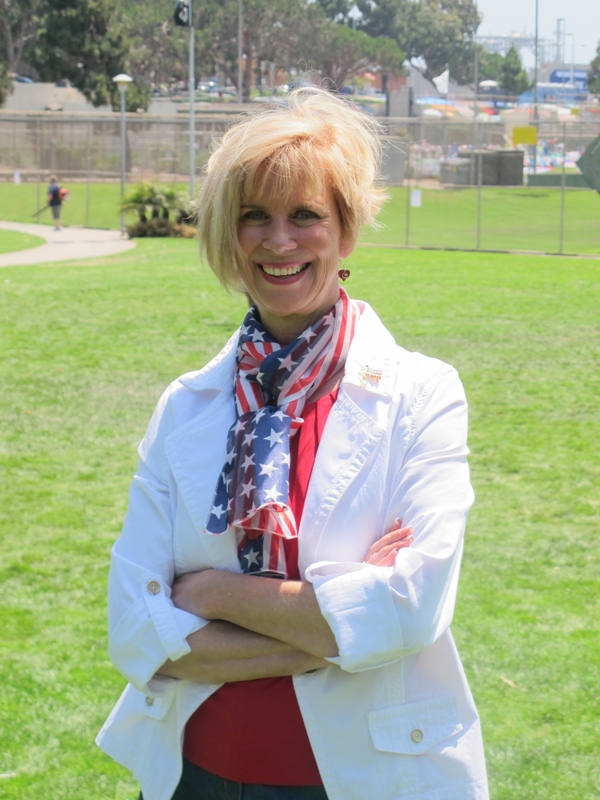 by David Mendez When Janice Hahn returned to her family’s home in South Central Los Angeles to tell them about her 1993 run at L.A.’s City Council, she thought back to her brother James’ campaign for City Controller. Her father, legendary County Supervisor Kenneth Hahn, put the “full Hahn machine” behind James, immediately making calls […]

“As a former military man, I know that to defeat the enemy, we need to know the enemy. And they are not Syrian refugees fleeing from the real enemy.” — Congressman Ted Lieu in his State of the Region talk to the Torrance Chamber 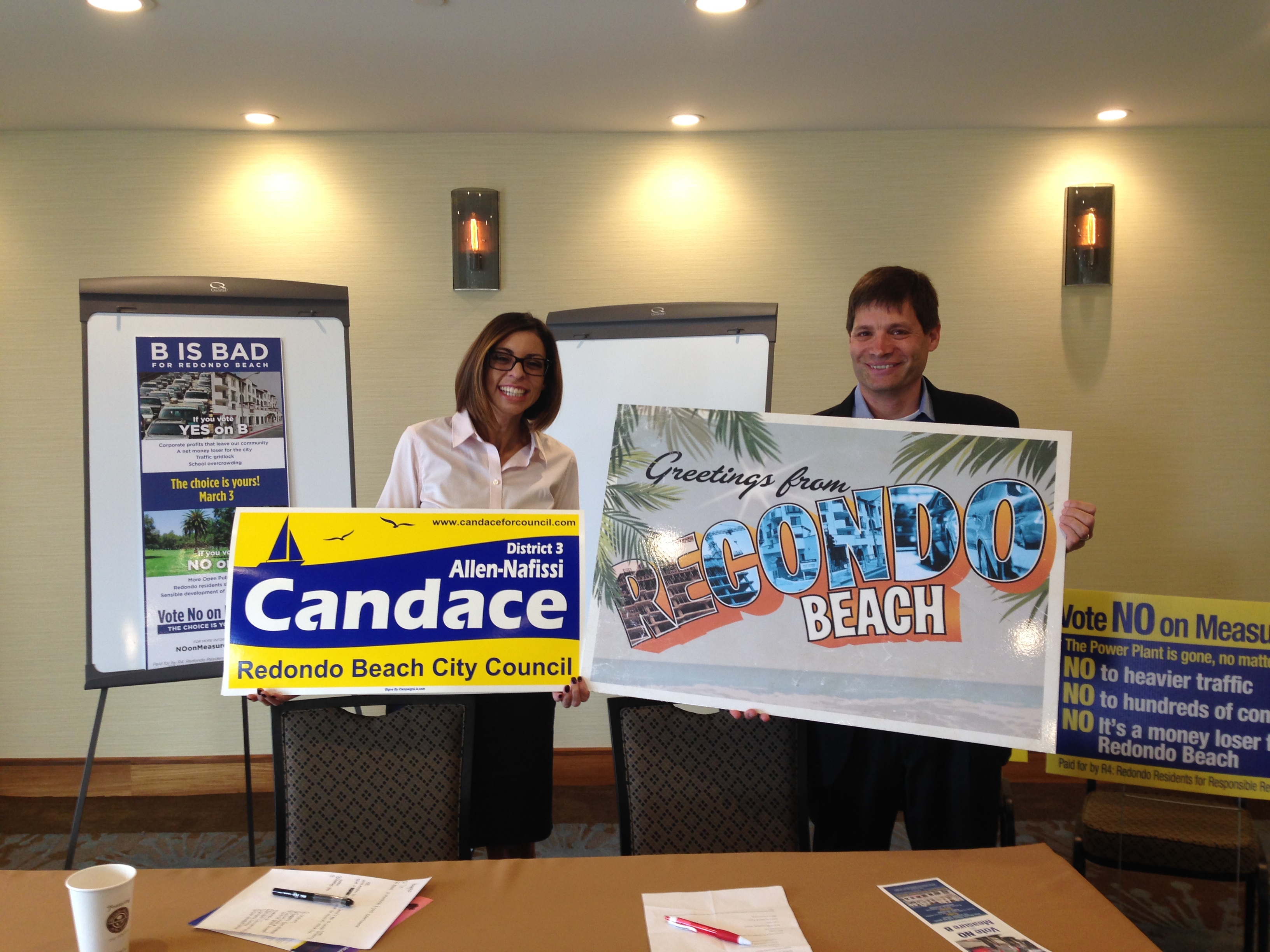 Meanwhile, District 3 runoff rivals Christian Anthony Horvath and Candace Allen Nafissi consider strategy Two weeks after what had the potential to be a literally landscape-changing election, little has changed cosmetically in Redondo Beach. The power plant’s future is still up in the air; citizens are still concerned about the state of waterfront development; and […]

As Candace Allen-Nafissi arranged the routes of the 15 volunteers who were at her house, preparing to help her knock on the doors of her neighbors in Redondo Beach’s District 3, only one thing distracted her from the task at hand: Her three-year-old son’s voice, cutting across the house, yelling out to his father, or […]

Sandy Marchese was just looking for a reason to get out of the house, she says. It was a low point in her life. Her husband had recently died of pancreatic cancer, closing a marriage that simply ended too short. She found herself looking through the South Bay Adult School class catalogue. She settled on […]

Hermosa Beach councilmembers Nanette Barrigan and Hany Fangary urged the Redondo Beach City Council to express opposition to Hermosa Beach Measure O Tuesday night. The March 3 ballot measure would lift Hermosa’s ban on oil drilling. Over a dozen others, on both sides of the measure, also addressed the council, leading to an hour long […] 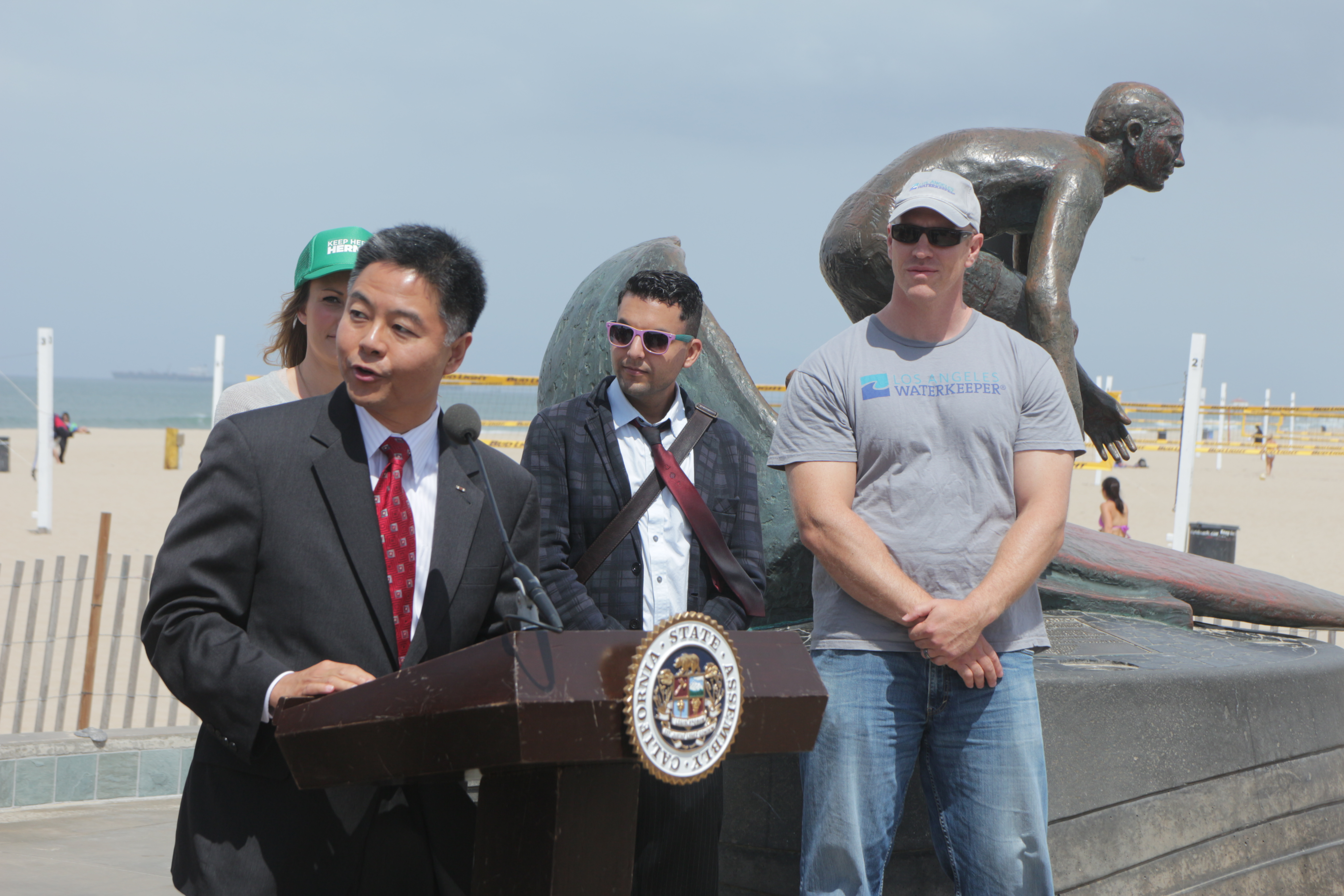 Congressman Henry Waxman’s departure from Congress and Ted Lieu’s ascent were the double bill, marquee events in a year in which shifts in the national political landscape were reflected in the South Bay. But contrary to changes at the national level, the change here wasn’t an ideological one. Waxman has been among Congress’ most liberal […] 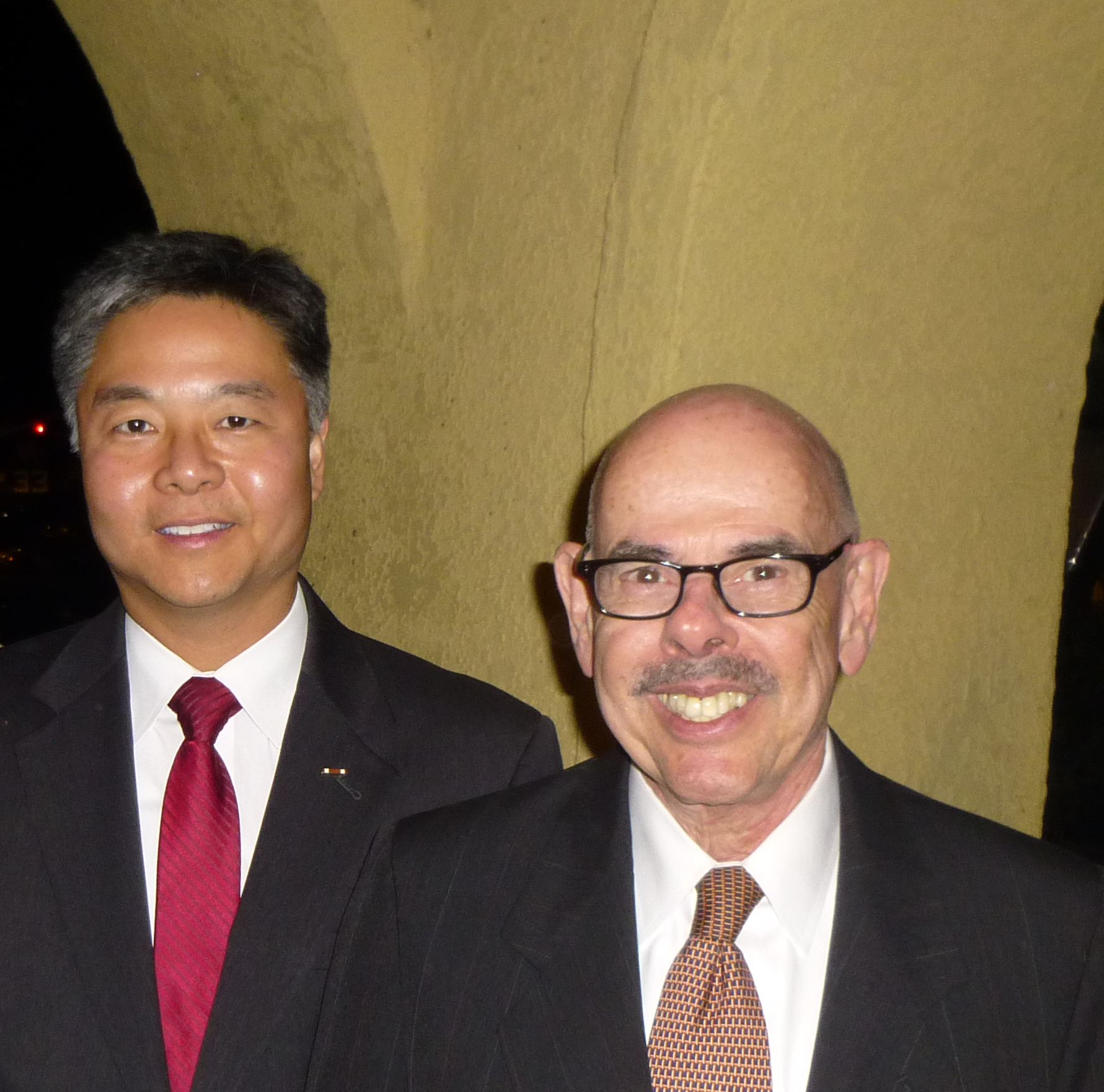 Ted Lieu, the son of an immigrant family who joined the military and went to Stanford, continues his American Dream by winning election to Congress.

Ben Allen beat out Sandra Fluke in the State Senate race for California’s 26th District Tuesday night, according to returns from the Los Angeles County Registrar of Voters. With 100 percent of precincts reporting, Allen finished with 60.78 percent of votes to Fluke’s 39.22 percent. 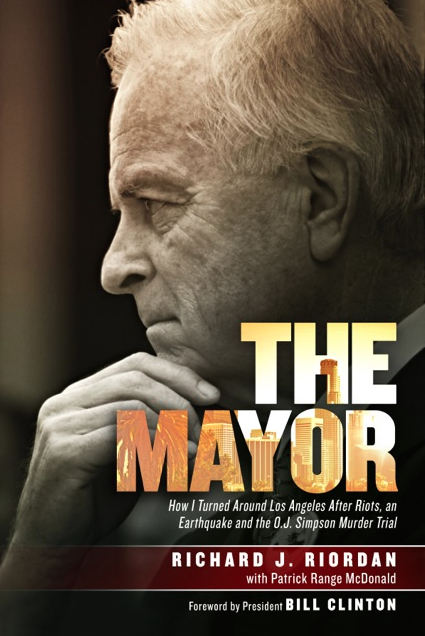 Richard “Dick” Riordan is a listener. It’s not the first character trait you’d expect from a man who has excelled in venture capitalism and politics. But the former Los Angeles mayor owes and attributes much of his success to the axiom, “Listen first, talk later.” Interviews are no exception. As soon as Riordan picked up […]

In the 26th Senate race, Allen and Fluke move on to General Election; Muratsuchi and Hadley head-to-head in Assembly race

At 3 a.m. Wednesday, the results of the fiercely close 26th state Senate race were nearly final: with 93.5 percent of the votes counted, Democrats Ben Allen and Sandra Fluke were poised to advance to the general election in November.

Rep. Henry Waxman announced that he will not seek reelection after 40 years in Congress.

Redondo Beach residents living south of 190th Street will vote Tuesday for the District 5 representative to the El Camino College board of Trustees. South Redondo’s 34,000 residents are a part of the reconstituted El Camino College District 5, which also includes South and West Torrance. The district has 104,607 residents and approximately 69,000 […]