VERY rarely do we have ideal surf conditions for an afternoon surf session in Manhattan Beach.  Everything came together for this nice lunch time surprise of waves. Surfers include: Kelly and Dane Zaun, Karsten Wanke, Tommy Ostendorf, Rod Brewster and others.  This was shot by Brad Jacobson of the Mad Video Lab in the El […]

We finally have SURF in the South Bay

by Brad Jacobson from the Mad Video Lab We’ve been “frothing” for surf. Summer time in the South Bay region of Los Angeles can be tough for surfers. Catalina Island blocks most south (summer) swells from reaching us here. Word spread quick that there was a swell and EVERYONE with any type of floatation device […]

Surfing in the South Bay with Matt Pagan

by Brad Jacobson Matt Pagan and I have chased swells across the South Bay region of Los Angeles for the past 6+ years. He’s an incredible surfer with one of those smiles that light up a room. I’ve never seen him get negative or act like he’s having a bad day. I’m sure he’s had […]

In this episode of “Swell Stories” we cover the swell that hit the South Bay early January . Typical South Bay swell with 1 good wave for every 10 but it was great to see waves with punch again! Surfers include: Alex Gray , Andy Prunauer, Angelo Luhrsen,Easton Jones, Cheyne Magnusson, Matt Meistrell, Noah Collins, […]

Sink or swim: Mira Costa alumnus Matt Warshaw’s online Encyclopedia of Surfing provides a one-of-a-kind look at the sport. Can it survive?

by Ryan McDonald Last year, the Oxford English Dictionary added the term “tandem surfing” to its store of more than half a million words. As is practice at the OED, which tracks not only the meaning of words but also their etymology and their usage, the editors sought the earliest possible appearance of the term […]

Anyone who knows the South Bay understands that early winter big swells have no shape. The sand just hasn’t moved since last winter so the waves come in, hit flat sand and wall up. This November 28th swell was no exception. Our local talent was still out there charging into the head high plus surf. […]

A Celebration of Empty Waves (video)

Memorizing waves rolling through the South Bay region of Los Angeles throughout the 2015-2016 winter. While these beauties don’t roll through our community often, when they do it makes you stop and stare. All images were shot in Manhattan Beach, Hermosa Beach and Redondo Beach. Produced by Civic Couch for the Easy Reader.

by Morgan Sliff The man floating next to me, Moe, said “Turn around.”  I knew what was behind me, as I had been locked in a trance all morning, even missing waves here and there to stare into the horizon.  It’s a kind of beauty that brings the world to a halt.  “How can […]

by Morgan Sliff I’m really giving this everything I have. Back when I made the commitment to surf every day for a year, I had an inkling that it would be difficult.  I thought I’d definitely make it to day 100, then see how I felt from there.  100 came and went, then halfway, then […]

by Morgan Sliff Today I was floating. Not just from a previous long night of craft beer and arduous time change, but because today my surfboard and I were kindred spirits, and together we glided across the ocean’s surface like we had just been handed sweet freedom. Topaz was twice as big but Sapphire had […] 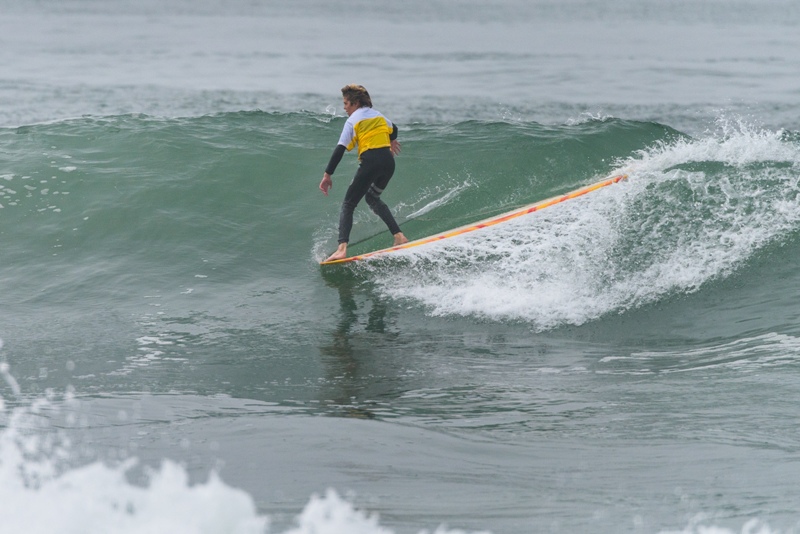