“The Conductor” – Leading all the way [MOVIE REVIEW] 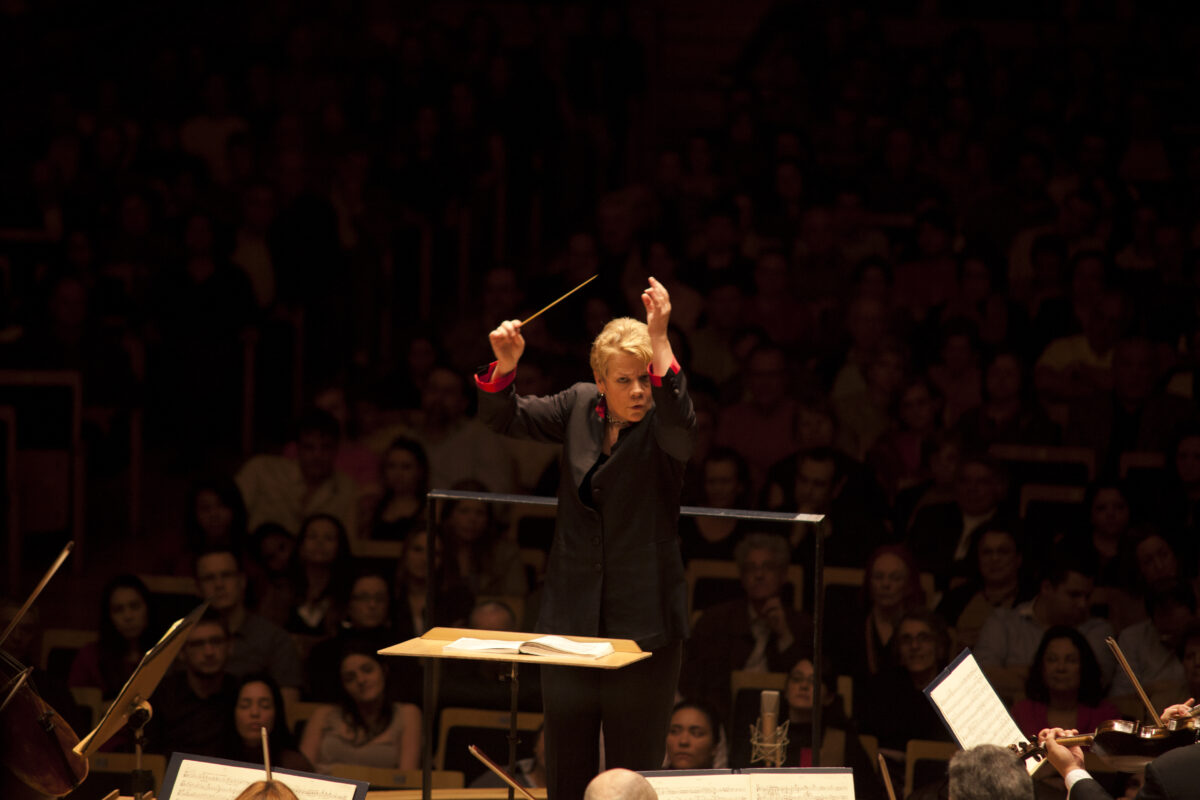 Marin Alsop in "The Conductor." Photo courtesy of Cargo Films. 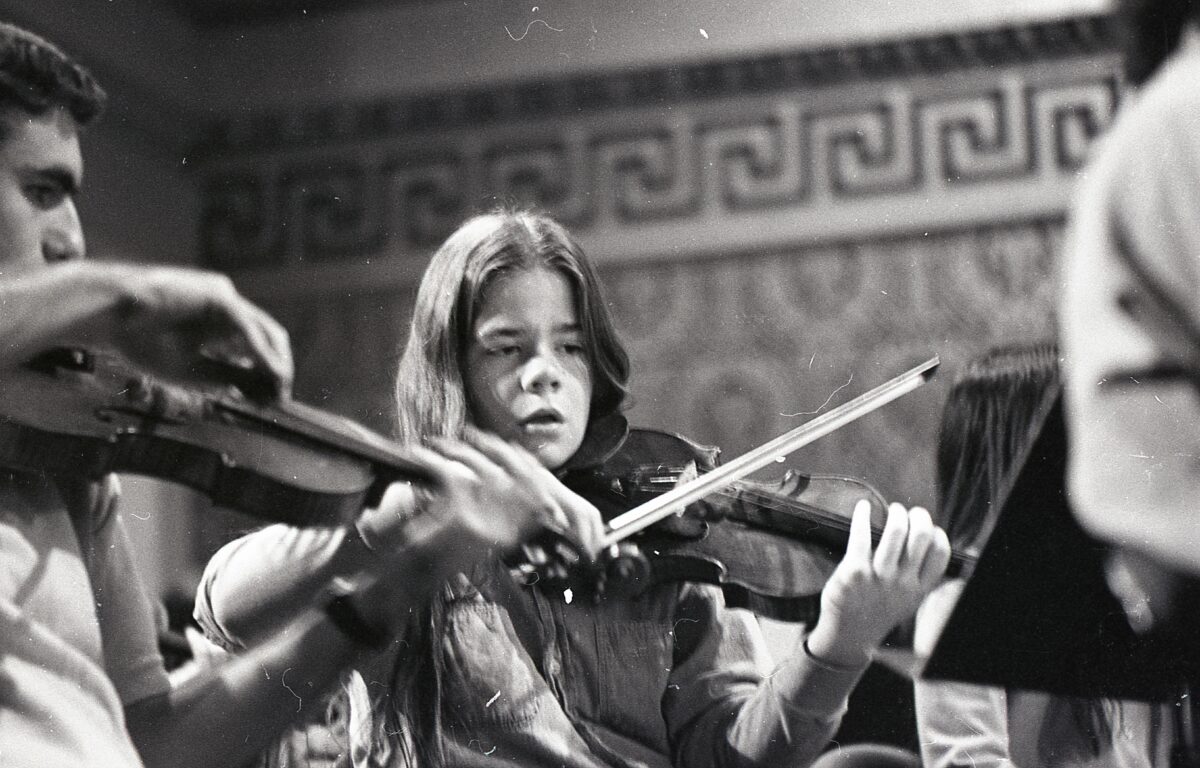 Marin Alsop as a student at the Juilliard School of Music in 1974 in “The Conductor.” Photo courtesy of Cargo Films.

Never underestimate the power of “no.” For some it is the end, for others, like Marin Alsop the subject of Bernadette Wegenstein’s wonderful documentary, it was the beginning.

All her life, musical star Marin Alsop was told no. From an early age, she was a gifted violinist receiving almost the entirety of her education, from middle school through the graduate program, at the Juilliard School of Music in New York. But it was the day her father took her to one of Leonard Bernstein’s famous Young People’s concerts she announced her calling. Only 9 years old, she declared that when she grew up she wanted to be a conductor just like Bernstein. “No,” said her parents, who were professional musicians. “No,” said her teachers. “Girls can’t do that.” Juilliard, even after her graduation as a violinist, refused to consider her as worthy of an audition to their conducting program. She applied there and at other programs but was continually denied the opportunity.

Supporting herself as a violinist, she was creative, ever resourceful, and always defying expectation. Her first independent venture was forming a swing band with some of her Juilliard colleagues, all of whom were women in the string program. Originally wanting to form a rock band, she took a turn toward jazz when she met Gary Anderson, a talented arranger. He told her he didn’t know rock music but could set her up with arrangements from the swing era. At first just a novelty, Alsop and her friends became a stealth hit with their band, “String Fever,” recording several albums. Jazz with just strings? Unheard of. Artie Shaw broke precedent in the 40s when he used a string section in his big band, but for the most part jazz band leaders used the occasional violinist, with the exception of Paul Whiteman, a violinist whose “jazz” orchestra premiered George Gershwin’s “Rhapsody in Blue.”

Still, it was into the conducting brotherhood, and believe me, it was a brotherhood, that she wanted. More applications, more rejections. So, she decided, if I can’t get hired and can’t get into a program, I’ll just have to start my own orchestra. Her chutzpa led her to Japanese businessman Tomio Taki, who, unbelievably, agreed to fund her orchestra in 1984. Her new orchestra, championing new works, was a success and she made sure to include musicians who were locked out of the mainstream either because of gender, orientation, or color. And she honed her skills as a conductor until finally, in 1988, Tanglewood Music Center offered her a fellowship in their conducting program. 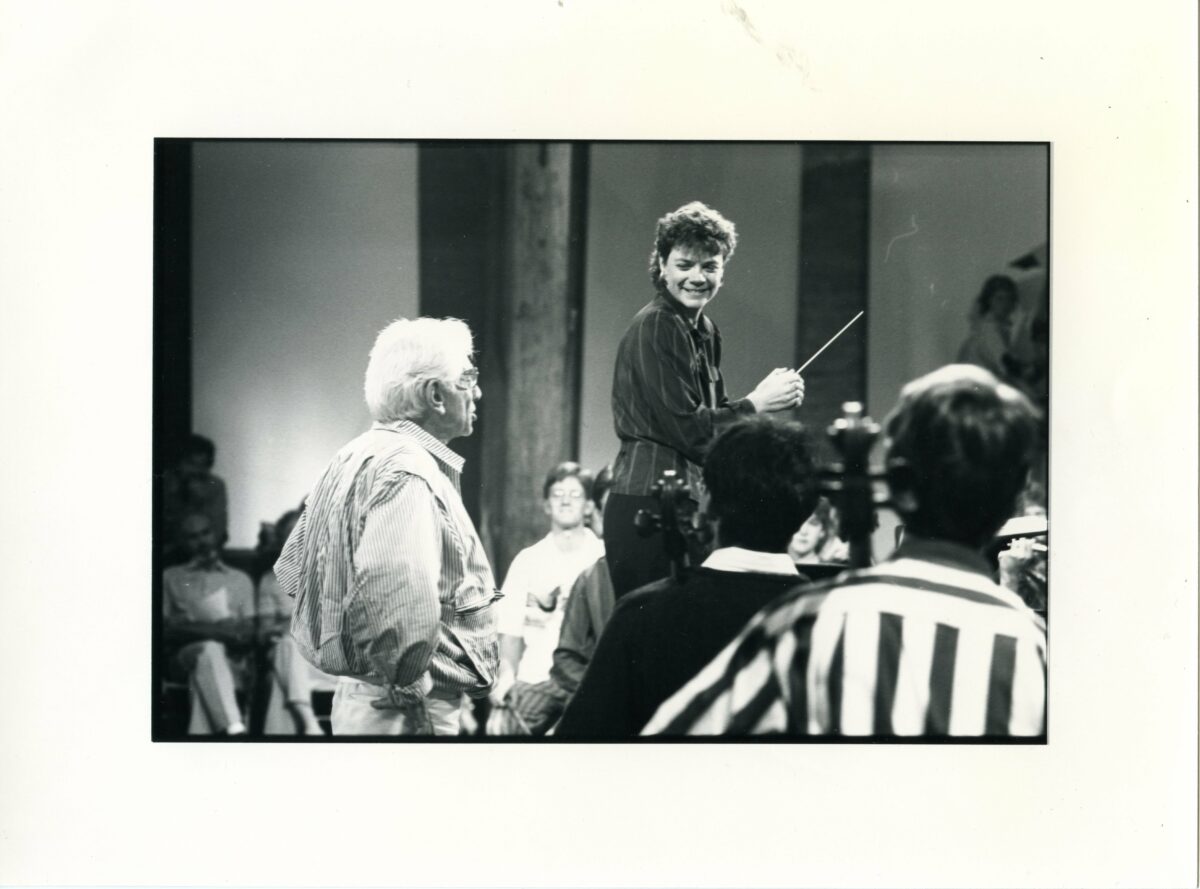 Marin Alsop with Leonard Bernstein at the Tanglewood Music Center in “The Conductor.” Photo courtesy of Cargo Films.

Founded in 1940 by the legendary Serge Koussevitzky, the Russian conductor and music director of the Boston Symphony Orchestra, it was under Leonard Bernstein, the general advisor, that she would study. Bernstein, Alsop’s idol since she first laid eyes on him, was smitten by her talent and personality. By the end of the second summer session (1989), he had awarded her the Koussevitzky Prize for most promising student. He would remain a mentor and champion throughout his life. As an interesting aside, among all the conducting alums of the program mentioned on Wikipedia, Claudio Abbado, Bernstein, Zubin Mehta, Robert Spano, Eleazar de Carvalho (all men, in case you missed that), there is no mention of Alsop.

Alsop began to have a career in the field she wanted, doing time in second tier orchestras like the Eugene Symphony, the Richmond Symphony, and the Colorado Symphony. She learned her craft and made headway as a guest conductor. Recognizing how hard it was for women and minorities to break through, she and Tomio Taki created the Taki Concordia Conducting Fellowship in 2002. In 2005, she became the first conductor to be awarded a MacArthur Fellowship. She poured that money into more funding for their conducting fellowship enterprise. 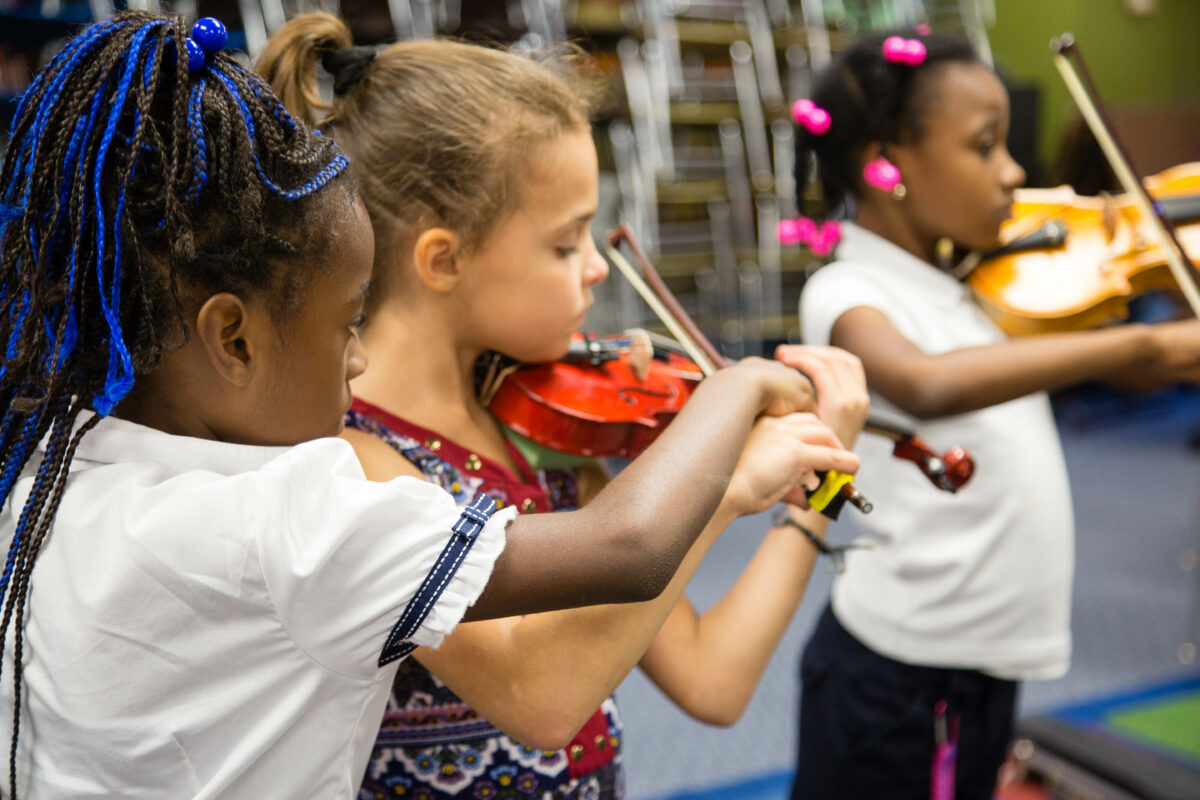 OrchKids of the Baltimore Symphony Orchestra in “The Conductor.” Photo courtesy of Cargo Films.

But second tier positions only cracked the glass ceiling. The glass shattered in 2007 when she was offered the Music Directorship of the Baltimore Symphony Orchestra, the first woman to be the resident conductor of what is considered a first tier orchestra. It wasn’t without its own drama with news reports of resistance from the musicians, but she swiftly and adroitly won them over. For the first time in many years, she got them a recording contract and tours. She even secured them a Grammy nomination for Best Classical Album in 2009. She started other initiatives, most importantly the “OrchKids” program aimed at underserved children in Baltimore, modeled after “El Sistema” in Venezuela and following closely on the heels of our very own YOLA (Youth Orchestra of Los Angeles) founded by Gustavo Dudamel.

She added several other international orchestras to her resumé and many other honors. She has made numerous recordings with many different companies. But she continues tirelessly to open doors for those locked out of conducting. In her honor, the Taki Concordia Fellowship has been renamed the Taki Alsop Fellowship.

I could go on, but then I’m not telling her inspiring history nearly as well as it is told by director Bernadette Wegenstein. See it for the story, see it for the close, satisfying look at the ever-positive Marin Alsop, and see and hear it for the music, because there’s lots of that, too.