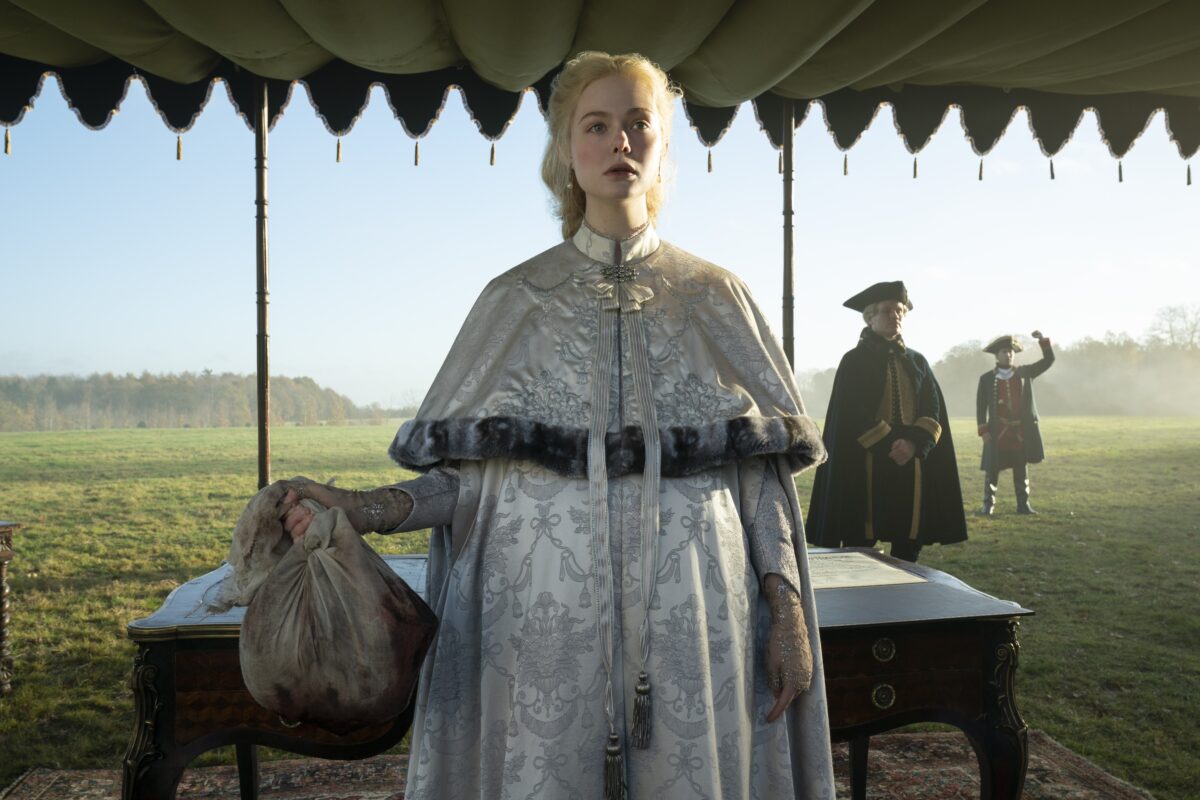 Elle Fanning as Catherine the Great in "The Great." Photo by Gareth Gatrell courtesy of Hulu

Elle Fanning as Catherine the Great in “The Great.” Photo by Gareth Gatrell courtesy of Hulu

The second season of the lauded Hulu original, “The Great” arrives this week. While not exactly the second coming, it is still clever. A short reprise precedes the first episode but briefly, young Catherine (f/k/a Sophie) of Germany has been married off to the crude, abusive, and sexually promiscuous Peter III of Russia. It is a marriage made in hell and Catherine soon gathers allies within the court to try to topple Peter and take the reins herself. The story resumes as Catherine, not yet Great has now won her coup but is still saddled with her profane, satyric (and yes it is conveniently a play on satiric), gorgeous husband Peter. Conceding the country’s rule to Catherine, does not lessen her difficulties. She still has a powerful enemy in the Archbishop, the court mean girls led by Peter’s Aunt Elizabeth, a hapless chief of staff Orlo, and her drunk, delusional, and incompetent General, Velementov. What’s a girl to do?

Created and primarily written by Tony McNamara, he is ably supported by production designer Francesca Di Mottola and costume designer Sharon Long who give the show its lush look. It is filmed extravagantly by cinematographer Maja Zamojda.

McNamara’s deliberately anachronistic dialogue is sharp and witty, if overly reliant on four letter words. But it is his framework of a modern, sexy, profanity-laced satiric soap opera that is both its strength and its weakness. When I say weakness, and it is what keeps me from staying tuned in, it is that it quickly becomes one-note (as it was in the previous season). Innocent Catherine is innocent no longer. Peter, despite his avowal of love for Catherine and the child she is carrying, is still screwing everyone who isn’t nailed down (pun intended). Alliances change, there’s lots of blood, and still Russia has Catherine and Peter, despite his abdication.

“The Great” deliberately plays fast and loose with history. As is shown in the opening credits, this is “an almost entirely untrue story.” The names are the same, just none of the events and therein lies the fun. 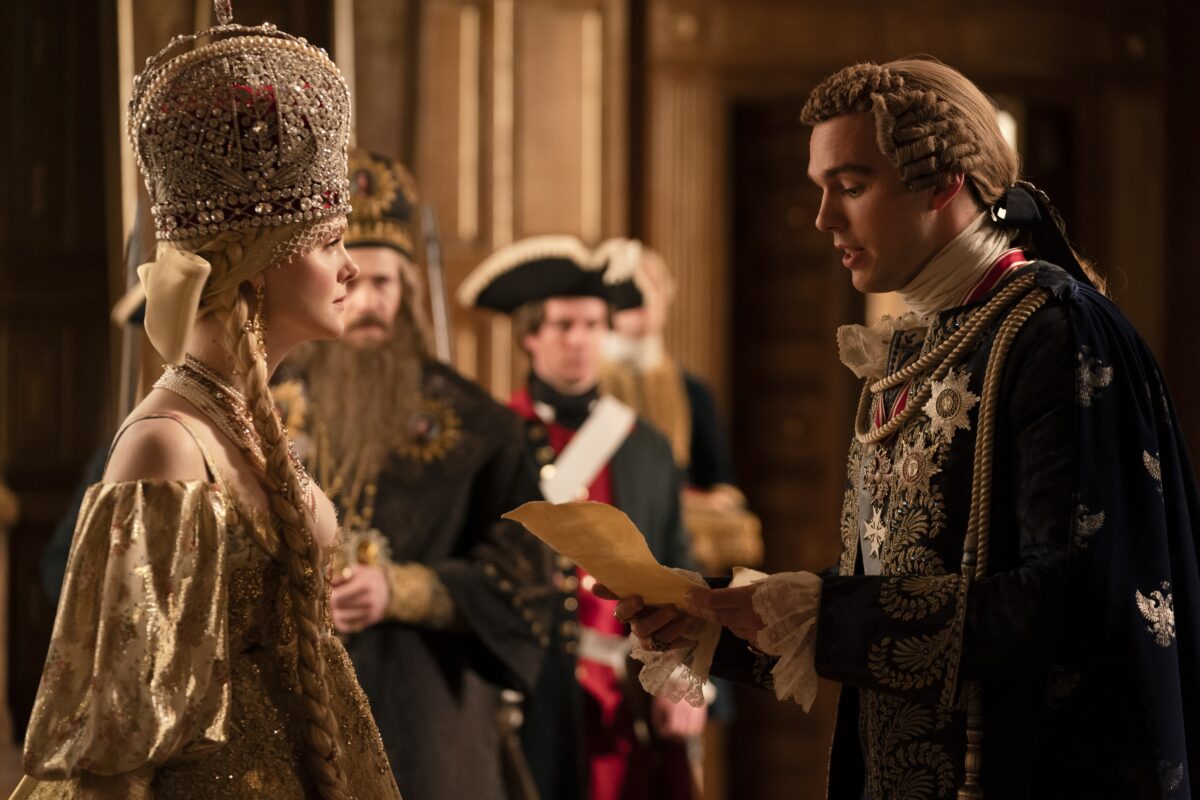 Elle Fanning as Catherine, Adam Godley as the Archbishop, and Nicholas Hoult as Peter in “The Great.” Photo by: Gareth Gatrell courtesy of Hulu.

The cast is uniformly good, and in some cases positively great. Elle Fanning is radiantly beautiful with an ability to portray ruthless innocence, seemingly contradictory traits, to excellent effect. Certainly the story favors her, but as an actress she is very generous, often giving over the key light to others in the scene. Nicholas Hoult is breathtaking to behold, and you get to behold a lot. With eyes that sparkle and a face that gives away no emotion, he is mesmerizing. His deadpan delivery strengthens and raises the script to a level that few would be incapable of doing.

Adam Godley as the Archbishop, “Archie,” is a literal god send. A renowned British theater actor, his television credits include a long run on “Breaking Bad,” as well as many others. As Archie he is unctuous, creepy, and devious. He enters a scene and he is that scene.

And stay tuned for Episode 7 because Gillian Anderson makes her appearance as Catherine’s mother. It’s always a pleasure to indulge in a little bit of Anderson and there is quite a bit of it around at present from “The Crown” to “Sex Education.”

Mind-boggling anachronistic, “The Great” is, at the very least, an original.