The price of preservation 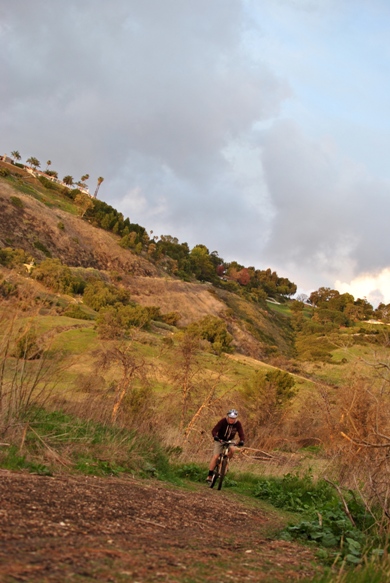 Bill Ailor looked out over the Palos Verdes Nature Preserve on a recent weekday and grinned. A broad-rimmed hat shielded the sun. Catalina Island stretched across the sea. And the rolling hills that he worked years to preserve descended toward the cliffs below.

The dream Ailor and his wife Barbara shared more than 25 years ago – when he founded the Palos Verdes Peninsula Land Conservancy – had officially come true. Supporters unveiled a monument in February at Del Cerro Park to commemorate the last section of the 1,400-acre preserve, a 190-acre plot acquired in 2009 known as Upper Filiorum.

Brian Campbell, mayor pro tem of Rancho Palos Verdes, told a few dozen of the group’s many supporters gathered that day he was proud to know the land will remain untouched for generations.

“Not too long ago we were walking along the trail here and I was able to tell my son that this view we’re looking at today, you’re going to be able to walk it someday, many years from now, and it’s going to look just like this,” Campbell said.

When Ailor moved to the hill from Indiana in 1974, the Portuguese Bend area had already earned a reputation as one of the few places around with any open space.

“We saw it gradually getting chipped away by development,” Ailor said. “We wanted to take it out of play. And the way to do that was to find willing sellers and buy from them. You know, the American way.”

It largely worked out the way he planned. The Conservancy’s efforts have made the Palos Verdes Nature Preserve the biggest coastal preserve in California south of Santa Monica, at a total cost for the land at about $30 million.

These days, the trails are well marked, rangers patrol the area and native habitat is being restored. But with preservation came a few drawbacks.

Mountain bikers, which began riding the trails since the early 1980s, saw access to their favorite runs denied under a new trail use plan adopted in 2008 by the City of Rancho Palos Verdes, which owns the property.

Bikers were blocked from all but seven trails where an estimated 42 existed previously. Troy Braswell, who’s led group rides through the area for 30 years, calls it “the Portuguese Bend massacre.”

“It was a sweeping condemnation of bikes and the blanket assumption that all bikers were bombing down hills and terrorizing people. It was really sad,” Braswell said. “The habitat folks are pushing for fewer trails and we are pushing for more trails. We don’t want it to be a free-for-all where it turns into a motor-cross track. So we should meet in the middle somewhere.”

The Conservancy, which manages the property, wants to strike that balance as well, said the organization’s executive director, Andrea Vona.

“We’re trying to work toward providing a safe haven and refuge for these species and also great access for people,” said Vona, who acknowledged there are trade-offs. In order to leverage wildlife funds, restoring habitat for rare species like the Palos Verdes Blue Butterfly remains the primary focus.

“That’s part of the equation,” Vona said. “It’s really fun and really challenging, but I think in the end we can go to bed at night knowing that our grandchildren will be able to explore and enjoy that space. With that comes some formalities, but it’s ultimately an amazing achievement.”