“Sound of Silence” – Too bad it’s not [MOVIE REVIEW] 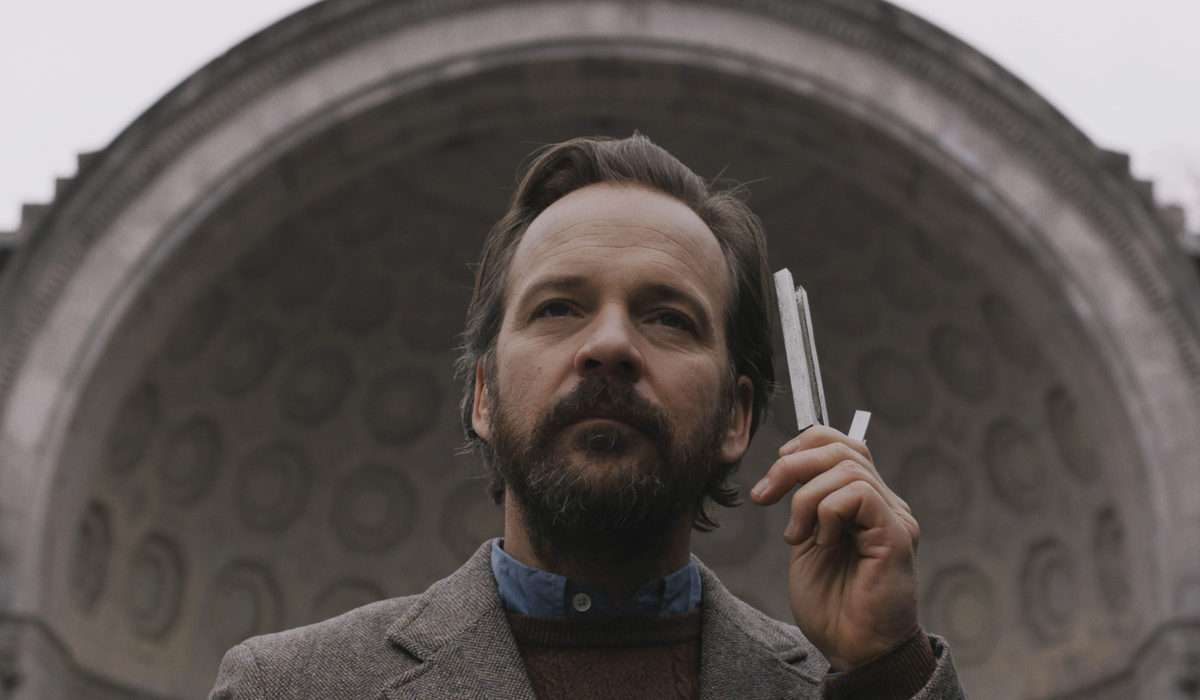 Sound of Silence,” directed by Michael Tyburski and co-written by Tyburski and Ben Nabors, was based on their short film of the same name. Never have I seen a more vivid example of why most short films should stay short films.

Briefly, and I wish they had been, Peter Lucien (Peter Sarsgaard) believes, and is determined to prove, that every space has it’s own sound, or specific musical key. Should the sounds clash, as in a B flat interacting with a D major (I made up the keys, but not the concept), then there would be a palpable disturbance in your environment. In other words, if your toaster and refrigerator aren’t in sync, tonally, it could really mess with you.

Peter has gained quite the underground reputation and makes house calls to assess the personal spaces of his clients. But Peter’s main concern is trying to get his research into a scientific journal and has thus far been thwarted. His mentor Robert Feinway (Austin Pendleton) is impressed with his work but cautions him to watch out for the common trap of being so obsessed with your theory that you neglect to see other, equally valid explanations. In support, he sends one of his grad students to be Peter’s assistant.

But nothing can dissuade him from his theories. And so pure of heart is the obsessive Peter that he is shocked and offended when he is offered a consultancy with a company that markets “liveability.” This horrible (to him) proposal to capitalize on his theory in a profoundly shallow and crass manner is made even worse when his former assistant takes his theories and the job. Worse, Peter’s balance is thrown even more off kilter when he encounters a beautiful young woman (Rashida Jones) whose sound sync seemingly cannot be restored.

This might have made for a compelling short film (very short film) in which the main character becomes increasingly more obsessed and tumbles down a rabbit hole of his own making. It might have been effective as a short film exploring how science is sometimes derailed by tunnel vision. As a full-length feature, “The Sound of Silence” was slower than watching paint dry, and it’s only 87 minutes long. It is no surprise that one of Tyburski’s influences was John Cage, the avant-garde composer whose work was often presented only on paper in undecipherable notation as theory. It was John Cage’s observations that even in an anechoic chamber he could still hear his own blood flowing. Thank you John Cage.

Tyburski was able to assemble an outstanding cast, all of whom are quite good despite the tediousness of the film. Eric Lin, the cinematographer, worked from a palate of grays which works well for the subject matter but made it difficult to see clearly.

In short, “Sound of Silence” made me want to scream.

Opening Friday September 13 at  and VOD.