The volunteer who has taught  1,171  people how to save a life 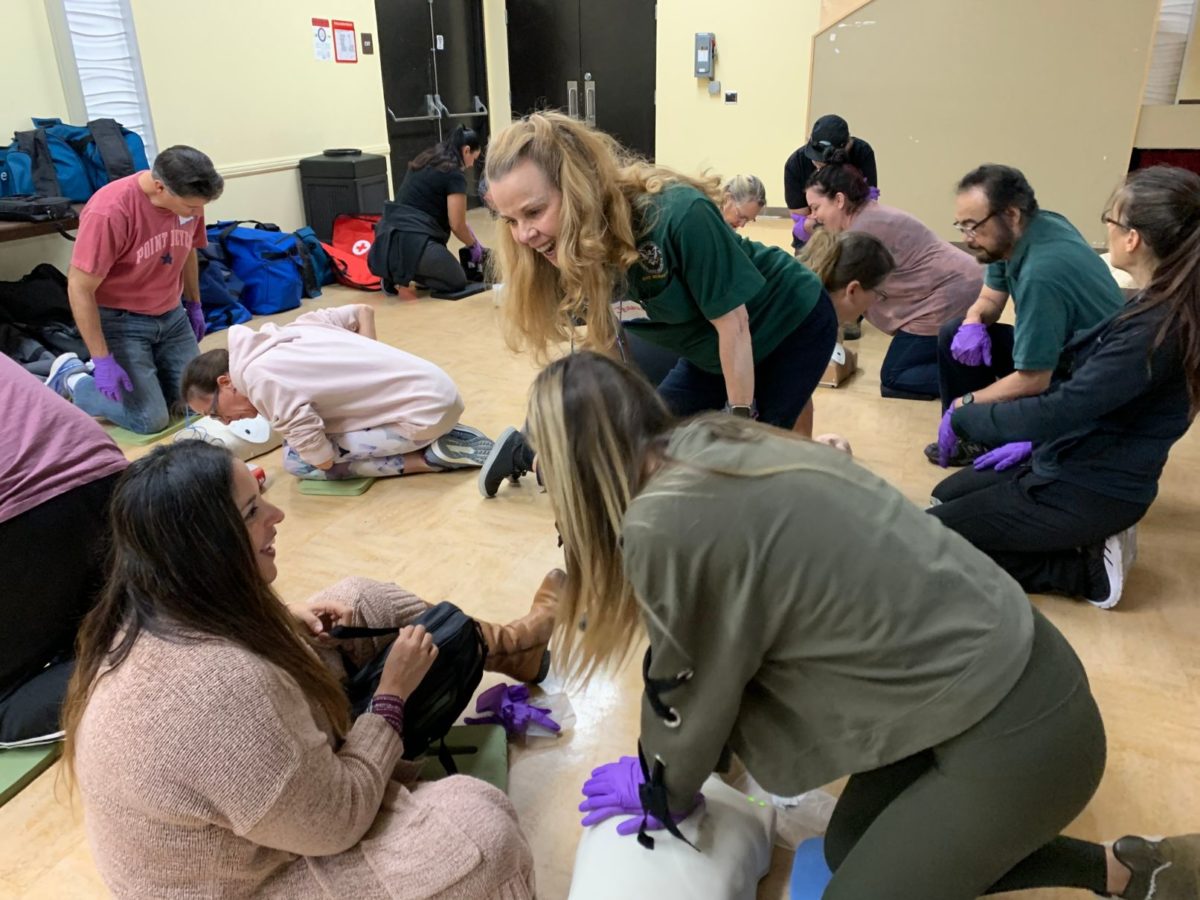 Manhattan Beach Fire Department Chief Daryn Drum was working one Saturday morning last year when he decided to walk across the street from the fire station to the Joslyn Community Center to peek in on a community CPR class. The class was offered by the all-volunteer Community Emergency Response Team (CERT). Drum was new on the job and just wanted to thank folks for learning CPR.

“I just wanted to say, ‘Thank you, it’s super important you are taking this class,’” Drum said. “Then one of the adjunct instructors points to the instructor at the front of the class and says, ‘This makes it over 1,000 people she has taught CPR for CERT.’”

That instructor was Jeanne Hendricks, who has been a CERT volunteer since 2009 and led its bi-monthly CPR classes since 2015. Drum was blown away.

The answer was a special recognition given to Hendricks at Tuesday night’s City Council meeting. Hendricks took the opportunity to thank her fellow CERT volunteers as well as the Beach Cities Health District, which funds the classes, making them free to residents and employees from all three beach cities.

“I feel like I’m at the Oscars,” Hendricks said. “So I’ve got my speech. Thank you. I really am moved… But I always say, it takes a village. And I can’t do this without the village.”

One of the many aspects of the CERT CPR program that has impressed Drum is how the classes are so well attended. Most have at least 30 people, while a recent class attracted 50. Hendrick noted how much effort goes into each class, beginning when volunteers retrieve the equipment —  including both adult and baby mannequins — from the fire department the night before and then arrive at 6:45 a.m. on Saturday mornings to finish setting up at the Joslyn Center. And that is just the beginning.

“It’s not just hands-only CPR,” Drum said. “it’s a full-blown eight hour CPR class where they talk about airway obstruction and choking and automatic external defibrillators and teach the community how to use them…. These folks just give of their heart.”

Drum said the CPR program will almost certainly save lives.

“We can’t teach that many people this kind of information and not actually have a positive impact in our community,” he said.

Hendricks said part of what motivates her is something former MBFD battalion chief Frank Chiella, now president of the MB CERT Association, said early in her involvement with the CPR program.

“He was a paramedic for 45 years,” Hendricks said. “He said in his experience when he got called out for heart attack, he could bring back maybe one in 20. Heart disease is a very, very serious problem, the number one killer for men and women. But when he got there, if

someone was already performing CPR, his numbers changed to saving one in five. If that is not a reason to take a CPR  class, I don’t know what is.”

For Hendricks, involvement with CERT and its CPR classes is very much about being a villager. Part of the reason the classes are so well attended is due to the fact that she and her service dog, Karma Lillie, are constantly providing outreach. On their daily walks, they pass out flyers to local residents and businesses. But despite the literally hundreds of hours she’s given to the cause, the last thing she ever expected from teaching CPR was recognition.

“I have been a psychologist for a number of years here in Manhattan Beach, and I think it’s important to recognize when people are doing a good job and are making a difference in the community,” Hendricks said in an interview. “It was very moving to be on the receiving end…. [But I do it] for my fellow villagers and the feeling of support I get from so many in this community. People do want to get involved and make a difference, and most of those who are doing it even without recognition, taking hours off of work just to help our community.”

“I like the idea of helping,” Hendricks said. “If I can help teach others to help, it’s even better…. It’s about making a difference in whatever way we can.”

A few spaces are still open for the next MB CERT CPR class on April 4. More classes are scheduled in June, August, September, and December. See MBCERTA.org for more information.