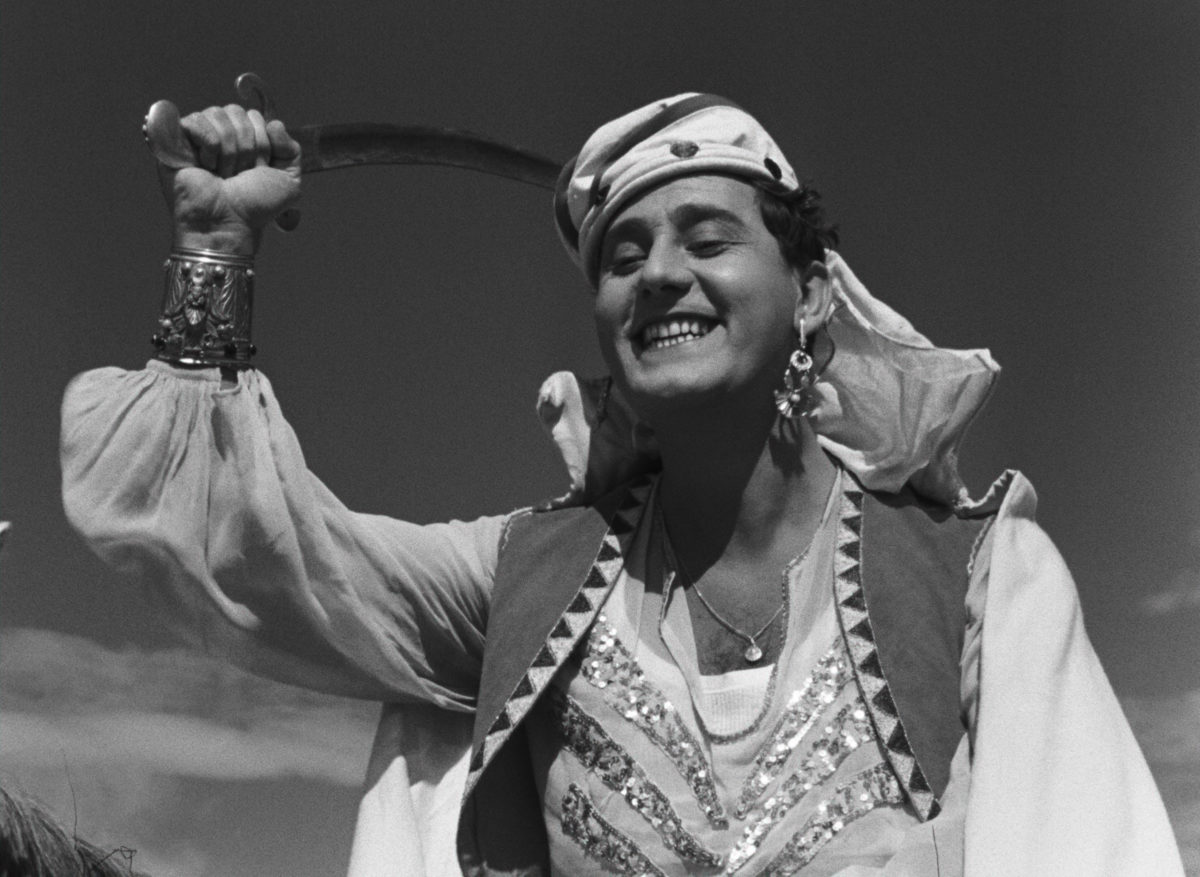 In a new 4K restoration by Rialto, “The White Sheik,” directed and co-written by Federico Fellini in 1952,  is given a new lease on life. It is an interesting choice for re-release because artistically it is something of a mess, but historically it is well deserved.

“The White Sheik” is the story of Wanda (Brunella Bova) and Ivan (Leopoldo Trieste), a couple from a small village who have come to spend their honeymoon night in Rome. Ivan, a self-important young man who sees a small- town political career in his future, wants to introduce his pretty young bride to his uncle, a so-called upper level functionary at the Vatican who has arranged a meeting with the Pope for the young couple (along with 200 other couples who have been granted the same audience). The seemingly timid Wanda, however, has her own agenda. An ardent fan of “fumetti,” a form of serial graphic novel using still photography, she has written several letters to the hero of her favorite fumetti, the White Sheik (Alberto Sordi). A form letter that she received and interpreted to be a personal reply entreating her to visit him if she should come to Rome. 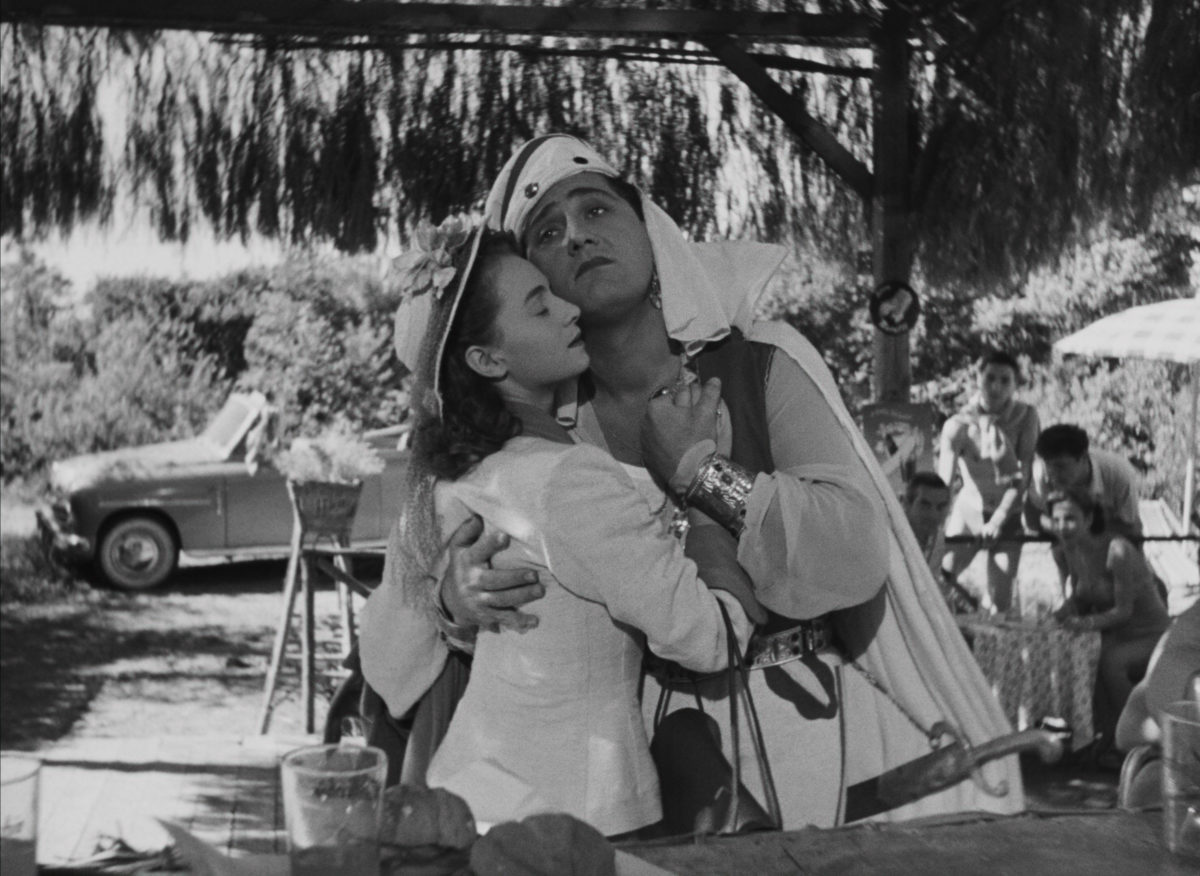 Wide-eyed and innocent, Wanda sneaks off to the offices of the fumetti production company and is soon swept up into the chaos and mayhem of the photo shoot for their next installment. Before she can protest, which she does, weakly, she finds herself dressed as a harem girl walking on the beach, miles from Rome, with the rest of the cast. It is both a thrilling and terrifying experience. Soon she comes face-to-face with her idol, Fernando Rivoli, the White Sheik. Entranced by her innocent beauty and sensing an easy conquest, he abandons production and escapes with her in a row boat to attempt his seduction. As Wanda becomes more disillusioned, she also becomes more frantic realizing that she has upset Ivan’s plans for the introduction to his important family and, even more significantly, the Papal greeting. How can she ever recover or regain her reputation even though she has done nothing wrong? It is the appearance of impropriety that dogs her.

This 1952 release was Fellini’s first solo directorial effort. He had labored at a number of creative jobs in the previous decade. Not much of a student, he had come to Rome to study law. He enrolled, used his student status to evade conscription into Mussolini’s army, and then never attended classes. He found work writing for a satiric journal, and soon found the occasional screenplay job in the years immediately preceding the war’s end.

It was, however, when Roberto Rossellini walked into the shop Fellini and some of his friends had set up selling caricatures, portraits, and recordings to GI’s in post-war Rome, that his breakthrough and film education began. Rossellini asked for Fellini’s collaboration on a script for the film that became “Open City” – for which Fellini and co-writer Sergio Amidei were nominated for an Academy Award in 1947. He worked for Rossellini several more times, always as a writer and often as an uncredited assistant director, giving him the experience he would later use when Alberto Lattunada, another prominent Italian director, called on him to co-direct “Variety Lights” in 1950.

The original idea for “The White Sheik” was in a treatment written by Michelangelo Antonioni, who wanted to make it his directorial debut. Carlo Ponti was on board to direct and hired Fellini and Tullio Pinelli, who would go on to collaborate with Fellini on some of his most famous films, to write the screenplay. Antonioni’s original idea, for which he would receive a story credit, was about a country bumpkin who leaves his fiancé at home so he can pursue an actress he has seen in one of the foto romanzas (romance “comic” strips much like a fumetti but not necessarily serial in nature) that he reads. Antonioni’s story ends in tragedy; not so that of Fellini and Pinelli.

When both Antonioni and Lattunada declined to direct this picture, Fellini searched for producers who would back him as the director. He and Pinelli were not interested in a sad story and highlighted the comic elements. Fellini fought for his leads, actors who were not on the lists of anyone else.

Up to this point, Alberto Sordi was a character actor, at best, and most famous for being the dubbed voice of Oliver Hardy. Fellini’s good friend, his casting was vigorously rejected and had any of the other actors offered the role accepted, who knows when Sordi would have gotten his big break. His face is rubber, his body chubby and gelatinous, his expressions exaggerated, much like his American contemporary, Sid Caesar. In short, he was perfect as the spineless roué who is a Casanova in his own mind who believed his press. Sordi, whether trying a well-honed seduction in a tiny rocking sail boat where he is knocked cold by the boom or appealing plaintively to his battleax of a wife is often laugh-out-loud funny.

Leopoldo Trieste, the seemingly cuckolded groom, was not an actor but, like Sordi, a friend of Fellini’s. Trieste was a promising playwright and took on this role as a favor. Portraying a young petit bourgeois functionary out to impress his bride, his pride of place and purpose is represented by his beloved hat. Had he spent as much time watching over his bride as he did his hat, there would have been no desertion. 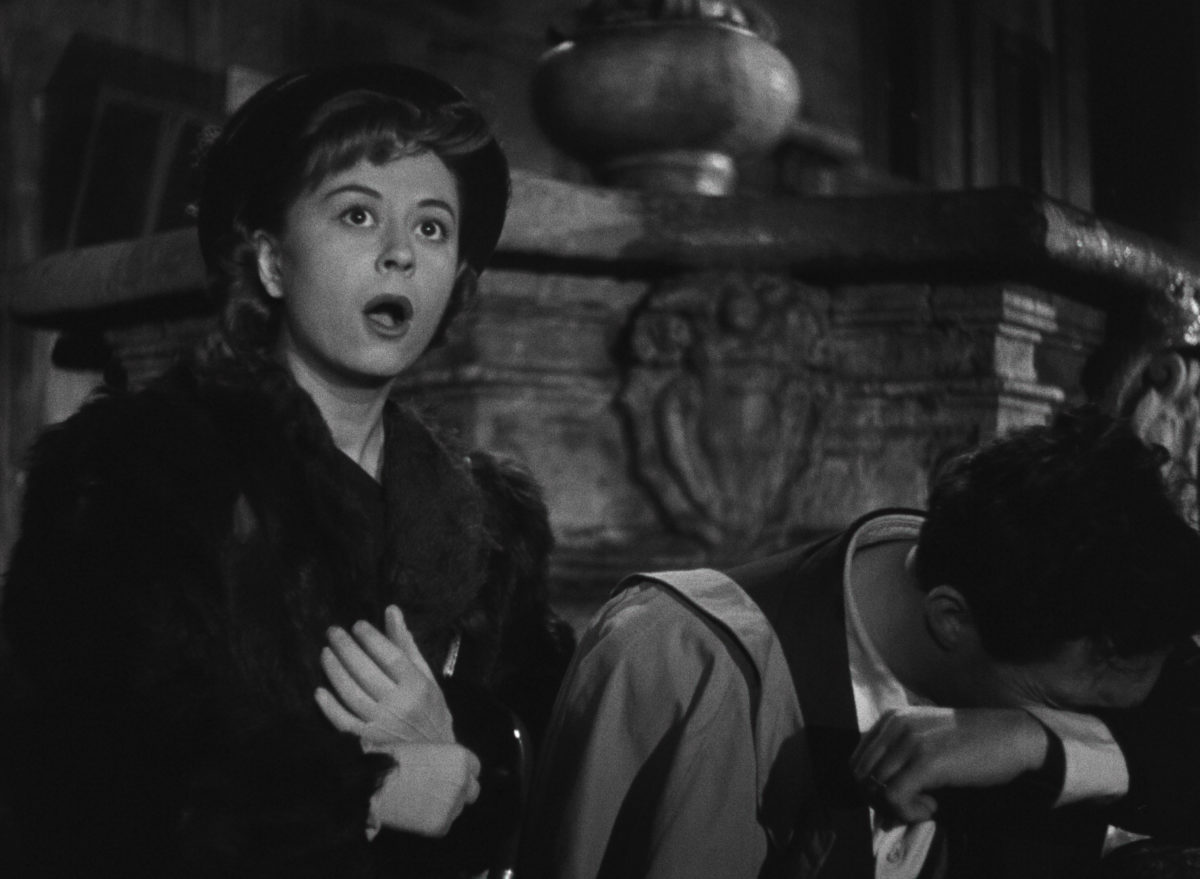 In a small but very pivotal and prescient role as a girlish prostitute named Cabiria who comes upon a grieving Ivan, Giulietta Masina steals the show. Masina, Fellini’s wife of several years, was a minor character actress not thought to have the commanding presence and beauty of a leading lady. You know instantly that she is a star by the way she dominates the scene. Fellini will get no argument when, two years later, he casts her as the lead in “La Strada,” for which Fellini will win the first of four Academy Awards for Best Foreign Film. Her character will reappear several years later in “Nights of Cabiria,” which won another Best Foreign Film Oscar and was the basis for the musical “Sweet Charity.”

As the case in many first films, the script isn’t quite tight enough, the ideas are free flowing but not always in the same direction, the shots sometimes seem extraneous, the sound is abysmal, compounded by poor dubbing of the actors, something that was routinely, but badly done.

But, looking forward to his next films, all the elements are there. Life is a circus and the performers are the clowns and tight rope walkers. But most importantly, thematically Fellini found what he wanted to say and would say over and over again in his career. Life is not the dream, but without the dream there is no life.

“The White Sheik” is definitely worth seeing. It’s not classic Fellini but it shows you how he arrived there and arrive there he did with a vengeance. By the end of his career he was nominated for 12 Academy Award for writing and directing (two were for Rossellini films). With his third film, “La Strada,” he won the first of the Best Foreign Film Awards from the Academy (followed by “Nights of Cabiria,” “8 ½,” and “Amarcord”) , as well as an honorary Oscar for lifetime achievement.

In many ways, it all started with “The White Sheik.”