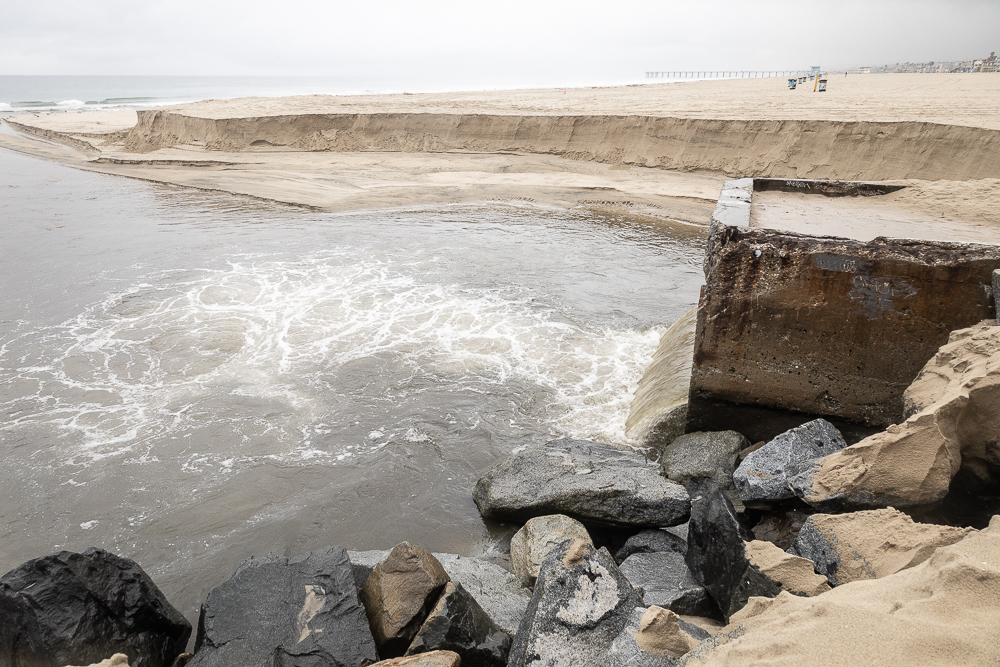 Thursday’s rainwater runoff from a storm drain just north of the Redondo Beach Breakwater carved a quarter-mile long channel in the sand on its way to the ocean. The storm drain starts collecting street runoff three miles inland, at the Henrietta Water Basin, next to West Torrance High School. A water reclamation project meant to divert the polluting run-off from the ocean to the Hermosa Beach Greenbelt was recently rejected by the Hermosa Beach City Council, following protests from Greenbelt neighbors. The outfall has the benefit of pushing sand into the ocean that forms surf-friendly sandbars for Breakwater surfers in time for January’s large north swells. ER 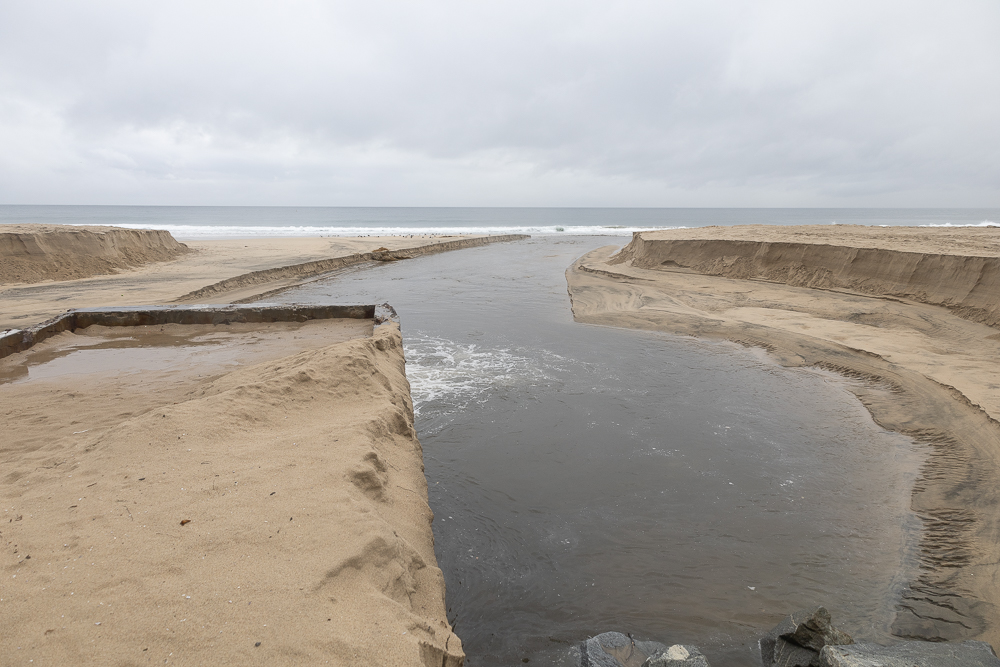 Sand pushed into the ocean promises to build a surf-friendly sandbar. 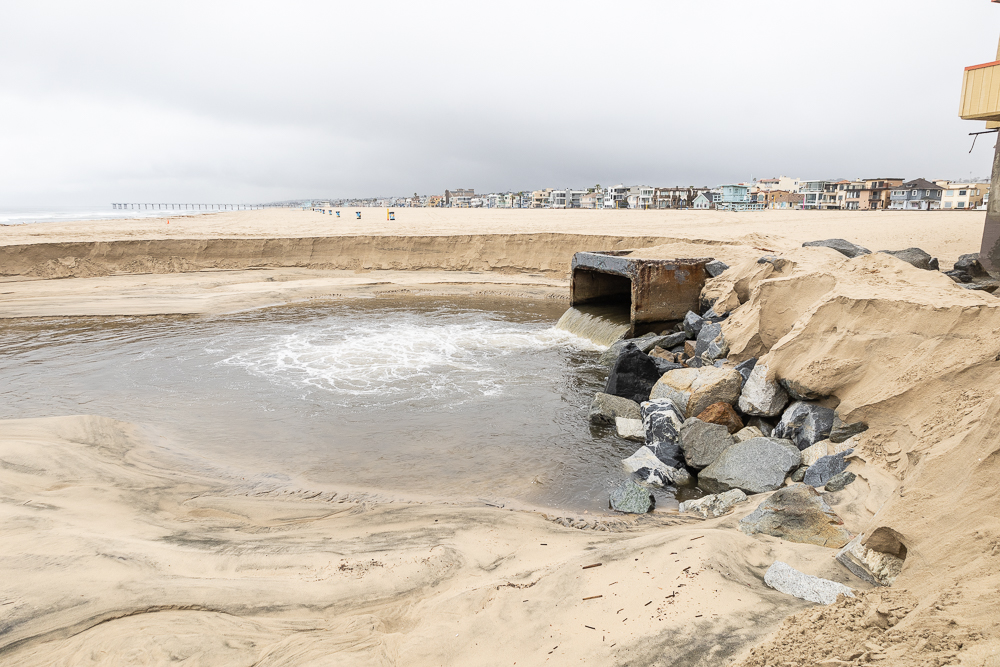 Water continued to flow from the storm drain after the rain stopped Thursday. 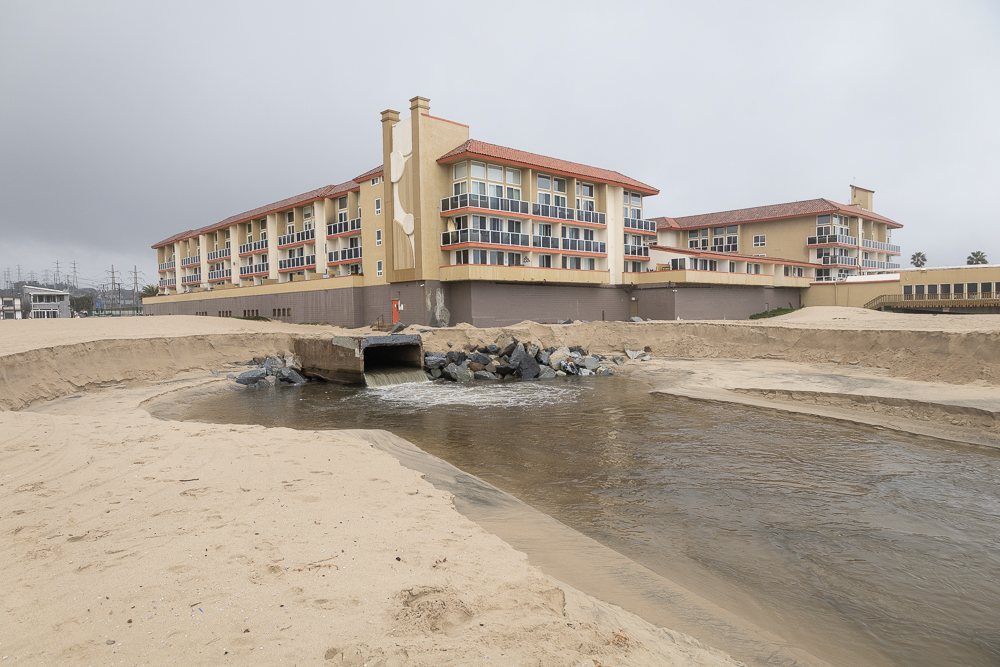 The channel was nearly deep enough for boaters to sail up to the Crystal Cove Apartments and Charthouse restaurant.