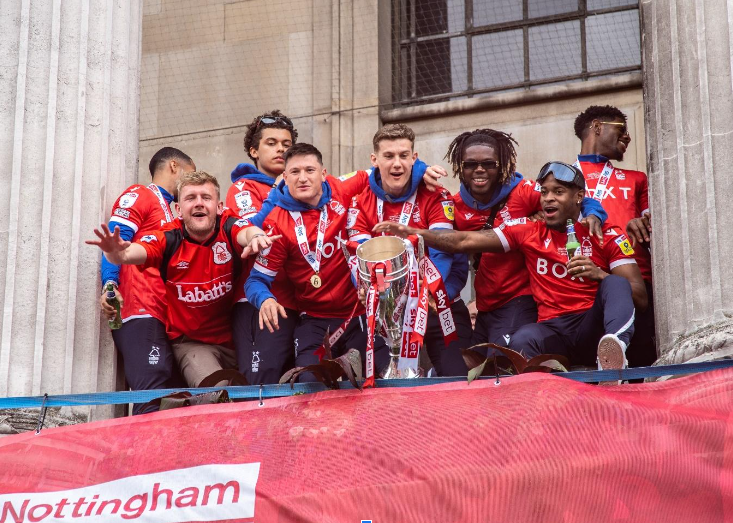 Following on from their play-off final victory over Huddersfield Town at Wembley last month, Nottingham Forests fans and players alike will be riding the crest of a wave all summer ⁠— and rightly so, as that narrow 1-0 victory over Carlos Corberán’s Terriers put an end to their 23-year absence from the top flight.

But come the first weekend of August, it will be back to business for Steve Cooper’s men and they will certainly have their work cut out to maintain their place in the Premier League beyond the 2022-23 campaign.

It has become notoriously difficult for newly promoted sides to stay afloat in the top flight, and Forest aren’t expected to make the cut come the end of the season — as they are already the odds-on favourites for relegation, alongside fellow promoted side Bournemouth, in the football bet markets.

Some teams have managed to come up and sustain Premier League status rather than yo-yo back down to the Championship though, notably Leeds United, who will enjoy a third successive campaign in the top flight next season — even if they did avoid relegation by the skin of their teeth last time out.

So, with proof that it can be done and Forest’s relegation far from a foregone conclusion, read on as we take a look at three things they can do to enhance their chances of staying up.

Invest in the squad

This one seems pretty obvious given that moving up to the Premier League from the Championship is a huge transition, but not all newly promoted clubs invest enough of that huge play-off-winning jackpot back into the squad.

That’s something that Forest’s owner Evangelos Marinakis has vowed to do, claiming he will give Cook ‘all the ammunition needed’ to compete in the top flight, and the fact they are battling it out with Tottenham Hotspur for the signature of former loan star Djeb Spence is a good start.

Securing the permanent signature of the young right-back, who impressed in the FA Cup wins over Arsenal and Leicester City last season, is a good start but they will need to strengthen most areas of their squad in order to remain a Premier League outfit — especially with the shock news that goalkeeper Brice Samba looks set to leave this summer.

Keeping hold of their best players is another aspect of being able to avoid relegation next season, and with the Samba blow already a bitter pill to swallow, it’s all the more important that they manage to persuade Brennan Johnson to stay at the City Ground for at least another year.

The Welshman was named the Young Championship Player of the Season last year after scoring 18 goals and assisting 10 in 49 league appearances for Forest, and while the Premier League is a whole new kettle of fish, Cooper will be hoping that the 21-year-old will be around to lead the line again next season.

There will like be no shortage of suitors lining up for his signature this summer, but with Wales securing their place at the Qatar World Cup in November after beating Ukraine in the intercontinental playoffs, regular game time will likely be an important factor for Johnson and the best place he is going to get that at this stage of his career appears to be at Forest.

Keep the trust in Cooper

If Forest do happen to start the season on a poor run of form, the worst thing the board can do is press the panic button and sack Cooper a couple of months into the year like a lot of newly promoted teams tend to do — like Norwich City getting rid of Daniel Farke in November and Watford ploughing through managers for fun.

Cooper revolutionised Forest when he took over from Chris Houghton early last term, when they had lost six of their opening seven games, and he needs to be trusted at the helm next season, much like Thomas Frank was in charge of Brentford in their first campaign back in the top flight for over 70 years last season.

It will be interesting to see what tactics the manager musters up this summer, with Forest usually a free-flowing attacking outfit. That’s how they played against Arsenal and Leicester in the FA Cup when they had nothing to lose last season, but this time it’ll be different with much more to play for.