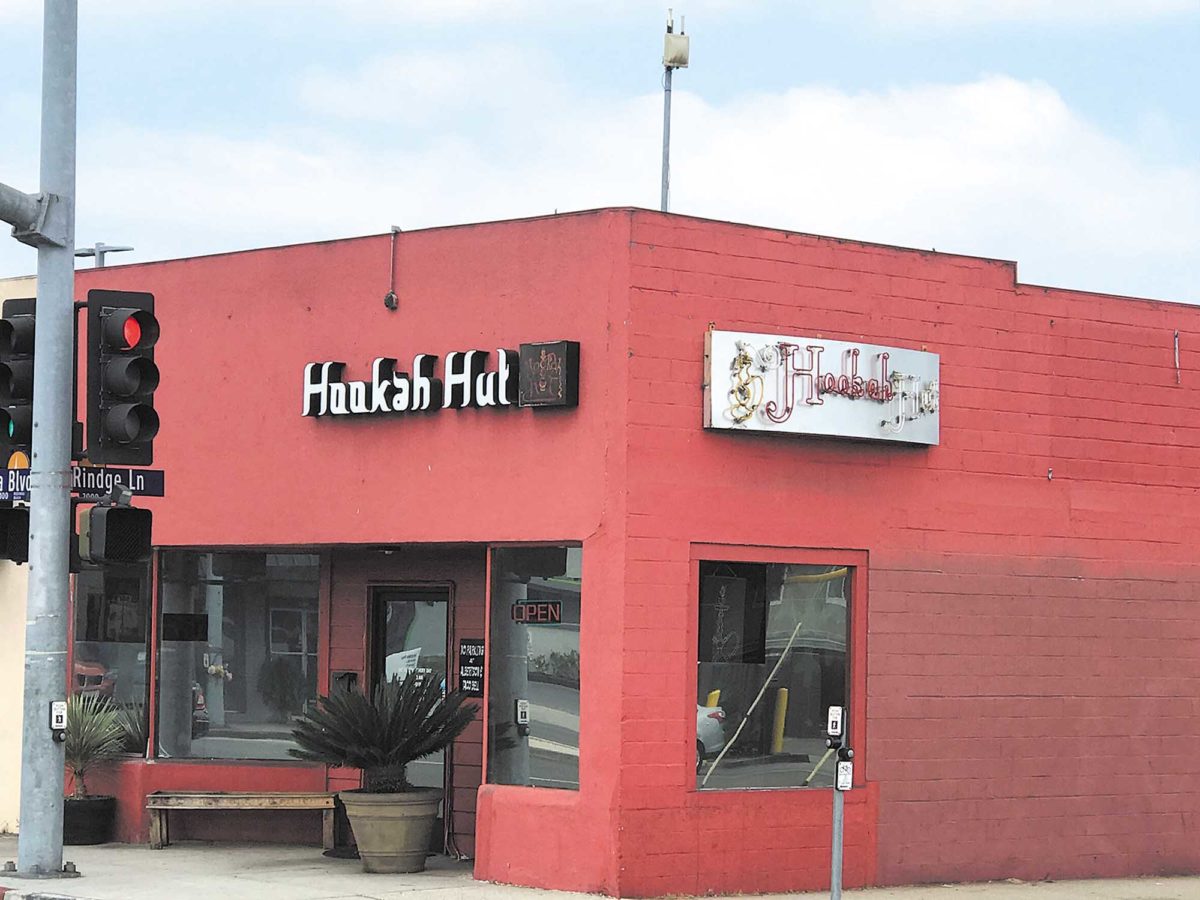 Artesia Boulevard’s Hookah Hut will be one of a handful of retailers that will be allowed to sell flavored tobacco products, following the passage of a set of bans by the Redondo Beach City Council. Photo

Smoke ‘em if you got ‘em — especially if they’re flavored. The Redondo Beach City Council has approved a set of ordinances with the aim of effectively banning all but the most basic of tobacco products from being sold, or even seen, in Redondo Beach.

On Tuesday night, the Council approved two ordinances after weeks of whittling carveouts and exemptions into an otherwise wide-ranging offensive against tobacco use.

The first ordinance bans smoking city-wide, save for “designated smoking areas.” Those are areas in which businesses, after getting a city-issued permit, can allow smoking for customers and employees. It also includes a provision — urged for inclusion by the city attorney and Redondo police — to ban possession of tobacco products on school property for anyone under 21. Violators would be required to perform community service and attend an anti-nicotine program.

The second ordinance institutes a tobacco retailer license, requiring any tobacco-selling business in Redondo Beach to obtain a permit for selling. That permit prevents retailers from selling any flavored tobacco or electronic smoking device (or vape) products, including both sweet flavors and mint- or menthol-based flavors, to discourage youths from purchasing flavored products. The stronger language usurps previously-agreed-upon clauses that would have allowed mint and menthol products.

One type of business has been exempted from the ban, however. Hookah lounges, of which there are two in Redondo Beach — will be permitted to sell flavored tobacco. Hookahs are stemmed water pipes that use a variety of typically flavored tobacco called shisha.

Most residents in attendance were pleased that the City had taken up the ban (though Councilman Christian Horvath was chagrined that the ban comes one week after neighboring Manhattan Beach moved to ban smoking sales entirely). Others, however, felt it didn’t go far enough.

“It’s watered down from the first time, even just two meetings ago,” said resident Matthew Hinsley. “From what I understand, no one has come down to ask for an expansion [of smoking permit areas]. I’ve heard of a noisy majority, or a silent majority, but this is an absent majority.”

Horvath agreed. “Yes, it’s a bit watered down, but we’re trying to get to a unanimous decision; I think we should all be in agreement. My hope is that it’ll be more stringent over time and we’ll finally catch up.”

When asked after the meeting if language in the ordinance might allow hookah lounges to sell otherwise prohibited tobacco products, including flavored vape fluid, officials were unconcerned.

Council members Horvath and Todd Loewenstein both insisted that the ordinance was not intended to allow for sales of vape products, and that the Council would tighten ordinances if necessary.

“If there’s a loophole, we’ll close it,” Loewenstein said.

by Easy Reader Newspaper - 1 day ago