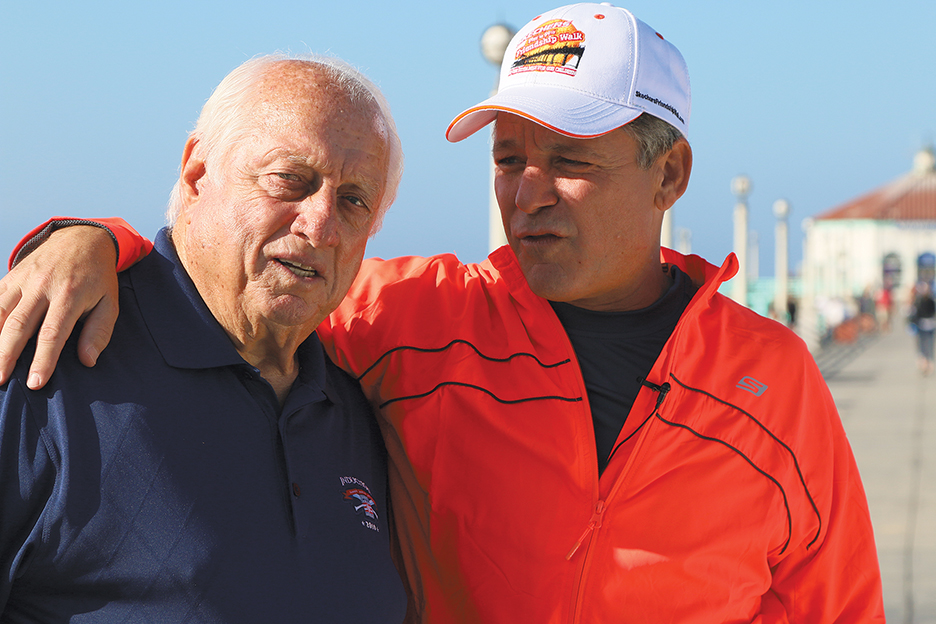 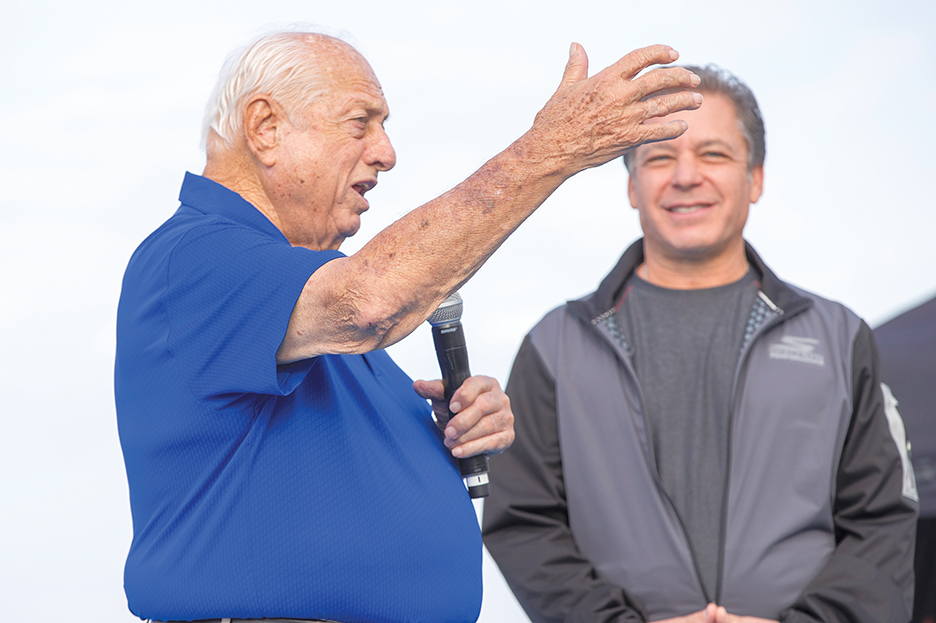 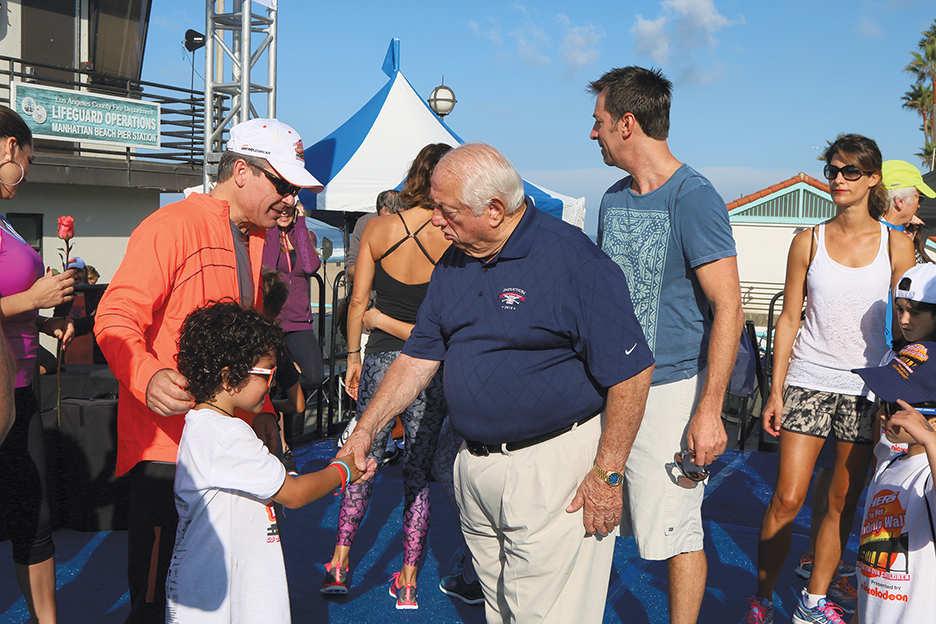 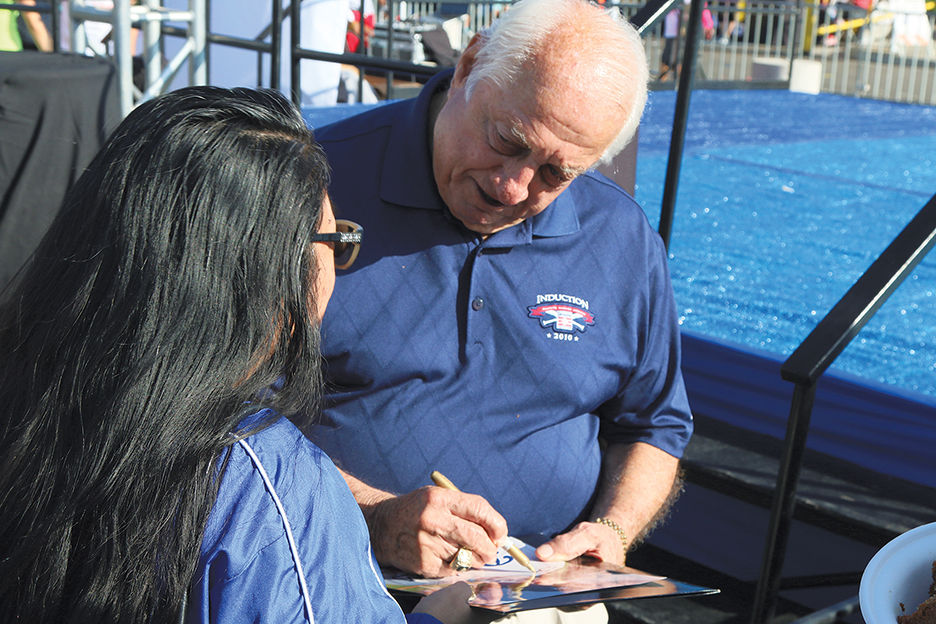 “Always give an autograph when somebody asks you,” Lasorda told his players. He follows his own advice at the 2014 Skechers Pier to Pier Friendship Walk. Photo 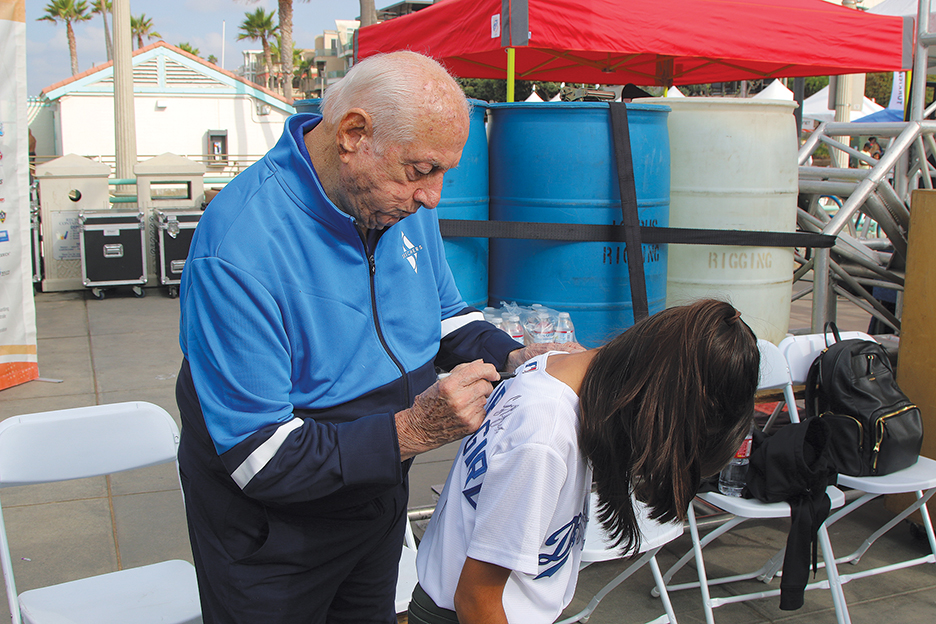 Tommy Lasorda, at age 92, signing an autograph at the 2019 Skechers Pier to Pier Friendship Walk. Photo 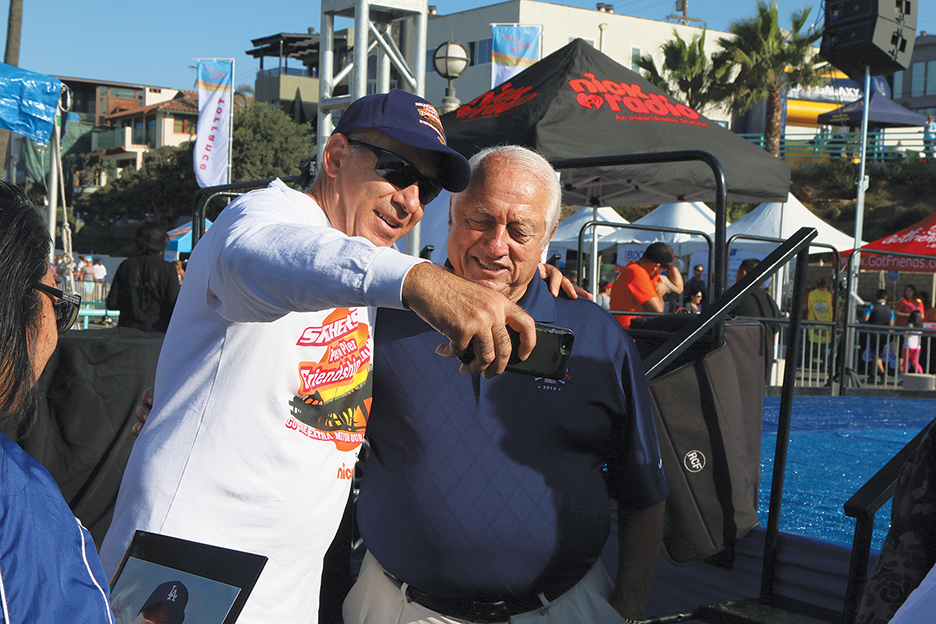 Tommy Lasorda poses with a fan for a selfie at the 2014 Skechers Pier to Pier Friendship Walk. Photo 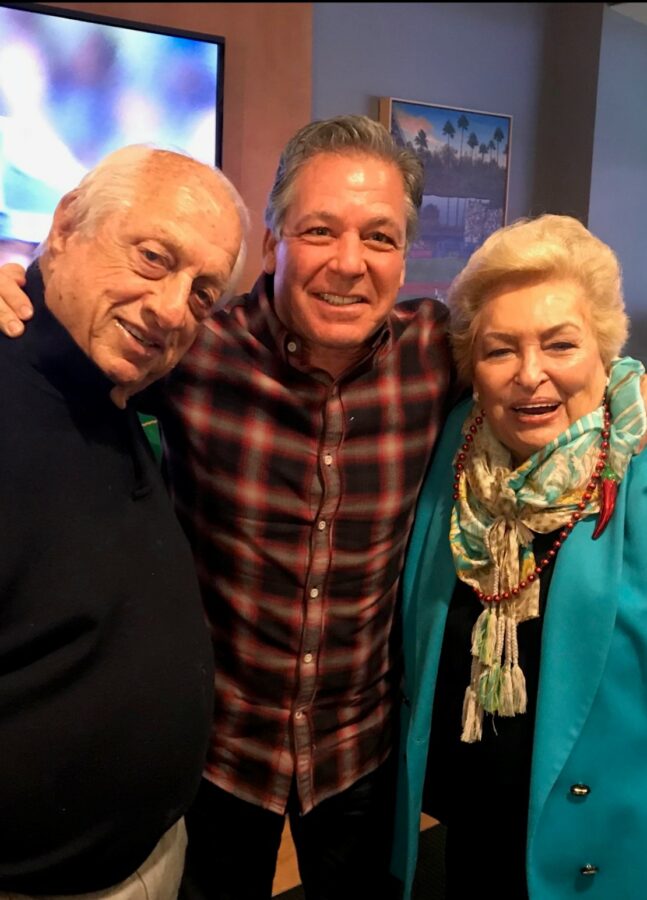 Following a birthday party for Tommy Lasorda, held under a tent in the parking lot at Dodger Stadium, the Dodger Hall of Fame manager invited Skechers CEO Michael Greenberg, his wife Wendy and their three young children to ride with him to the stadium in his small golf cart.

The ride is one of Greenberg’s fondest memories of his Skechers’ most popular spokesperson, who became one of his closest friends.

“I was standing on the back of the cart, yelling at Wendy to hold on tight to the kids. We were going the wrong way on the Ring Road. Tommy was leading the cheers coming from the oncoming, bumper to bumper cars. That was Tommy. Showing my kids a good time and acknowledging his adoring fans,”

Greenberg recalled last week, following his friend’s death at age 93. Greenberg met Lasorda in 2009, during the inaugural Skechers Pier to Pier Friendship Walk. Lasorda had volunteered as one of the walk’s celebrities. Last October, as he had in 10 of the ensuing 12 years, Lasorda was back signing walkers’ autographs at the Manhattan Beach Pier. His presence helped the walk raise over $10 million for the Friendship Foundation and other South Bay school programs.

“Tommy was someone whom you could depend on for anything you needed. He would be there in a flash. There were times when I felt Tommy should sit out one of our events so he could rest, but I learned early on, it wasn’t my decision to make. He wasn’t happy if I even suggested he get some rest,” Greenberg said.

Lasorda, who rivaled Yogi Berra for memorable baseball quotes, went to his rest last Thursday, leaving behind a quote readymade for his tombstone.

“I bleed Dodger blue and when I die, I’m going to the big Dodger in the sky.” ER