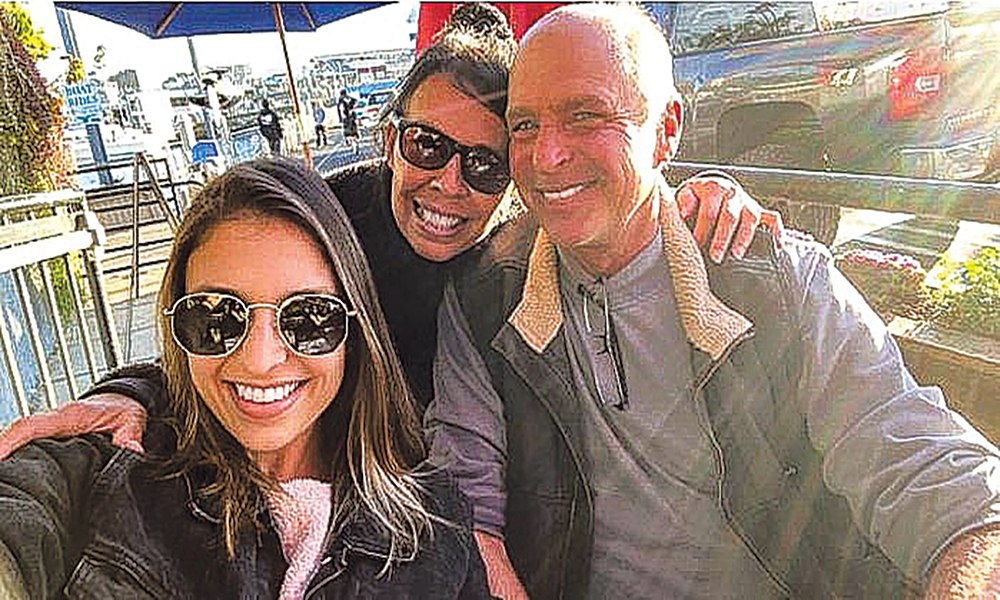 Mark Paulson was an accomplished waterman, a friend said. Paulson is pictured with his daughter, Cameron and wife, Denise. Photo from GoFundMe.

Mark Paulson was an accomplished waterman. Paulson is pictured with his daughter, Cameron and wife, Denise. Photo from GoFundMe.

At about 3:30 p.m. last Tuesday, a call came into the Redondo Beach Harbor Patrol about a boater in distress. The boater, Mark Paulson, a fisherman and water service operator for the City of Torrance, was in a small, motorized inflatable boat.

“The weather that day was exceptionally rough,” said Harbor Patrol boat captain Dave Lorenson. Visibility was about eight miles. The wind was offshore, in the opposite direction of what is typical in the afternoon, and gusting at 20 mph.

Paulson was having engine trouble in the Malaga Cove area. He called a family member, who called 911, according to Lorenson.

“He had concerns about his engine and being blown out to sea,” the captain said.

A search commenced and lasted until dark. The U.S. Coast Guard (USCG) oversaw the operation, which involved the city’s harbor patrol and the L.A. County Lifeguards. At dawn, the search resumed.

“At first light, there were people out, beginning the search,” Lorenson said. “Somewhere in that process, they found the boat, and it was upside down.”

The boat was located approximately 3.5 miles offshore. Later in the morning, a Coast Guard helicopter spotter located a PFD (personal floatation device). Baywatch Redondo lifeguards retrieved the PFD and sent a photograph of it to a family member, who confirmed it matched the size, type, and model of Paulson’s.

On Thursday at dusk, the USCG called off the search. The Harbor Patrol has continued to do patrols in that area.

A family friend set up a GoFundMe page to raise money for Paulson’s family. The page describes him as “funny and so full of life.”

“Growing up as a surfer and a swimmer, he was born and raised in the South Bay with the ocean being one of his favorite and most familiar places. He worked for the City of Torrance for over 20 years and was the sole provider for his family. He is survived by his wife Denise and daughter Cameron.

“Let’s wrap our arms around the Paulson family with generous donations as finances are the last thing any family should have to worry about with the loss of a loved one.”

To donate to the campaign, visit GoFundMe.com/f/mark-paulson-memorial-family-expense-fund. ER