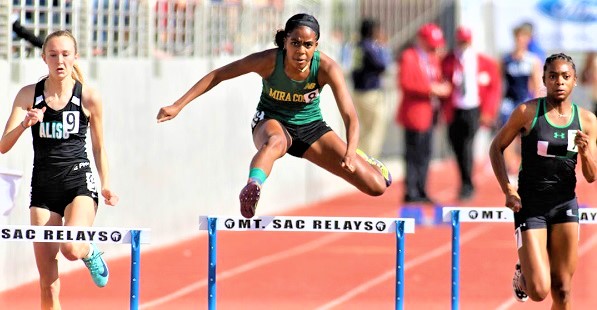 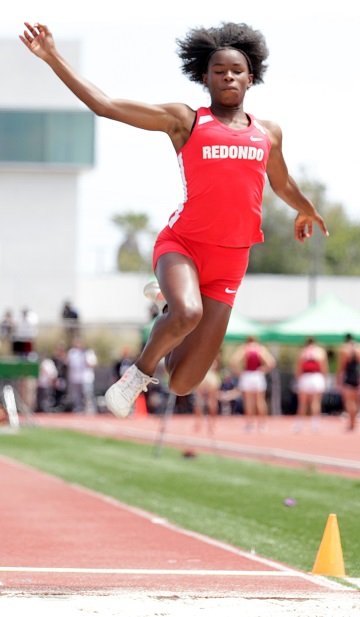 Among California girls, Redondo’s Mahkaia Lee has the third-best mark in the long jump, reaching 19 feet 9.5 inches at the Trabuco Hills Invitational in March. Photo

With a second-place finish in the CIF-Southern Section Division 1 finals, Redondo long jumper Mahkaia Lee was one of 11 local athletes to earn a spot in the prestigious Masters Meet to be held Saturday at El Camino College.

Representing Mira Costa will be Dalia Frias (girls 1600) along with Billy Atkinson and Cy Chittenden in the boys 3200.

In Division 2 competition, Peninsula junior Aidan Lieb advanced after a second-place finish in the long jump at 22-7. He will also compete in the 110 Hurdles. Gabrielle Pack will represent the Panthers in the girls pole vault (11-06).

Lawndale’s Isaac and Ben Muanza finished second and third, respectively, in the triple jump. The duo’s marks of 46’ 9” and 44’ 10.5” were the top two spots in the Cardinals’ history.

The 101st CIF State Track & Field Championships will be held Friday and Saturday, May 24-25 at Veterans Memorial Stadium on the campus of Buchanan High School in Clovis.