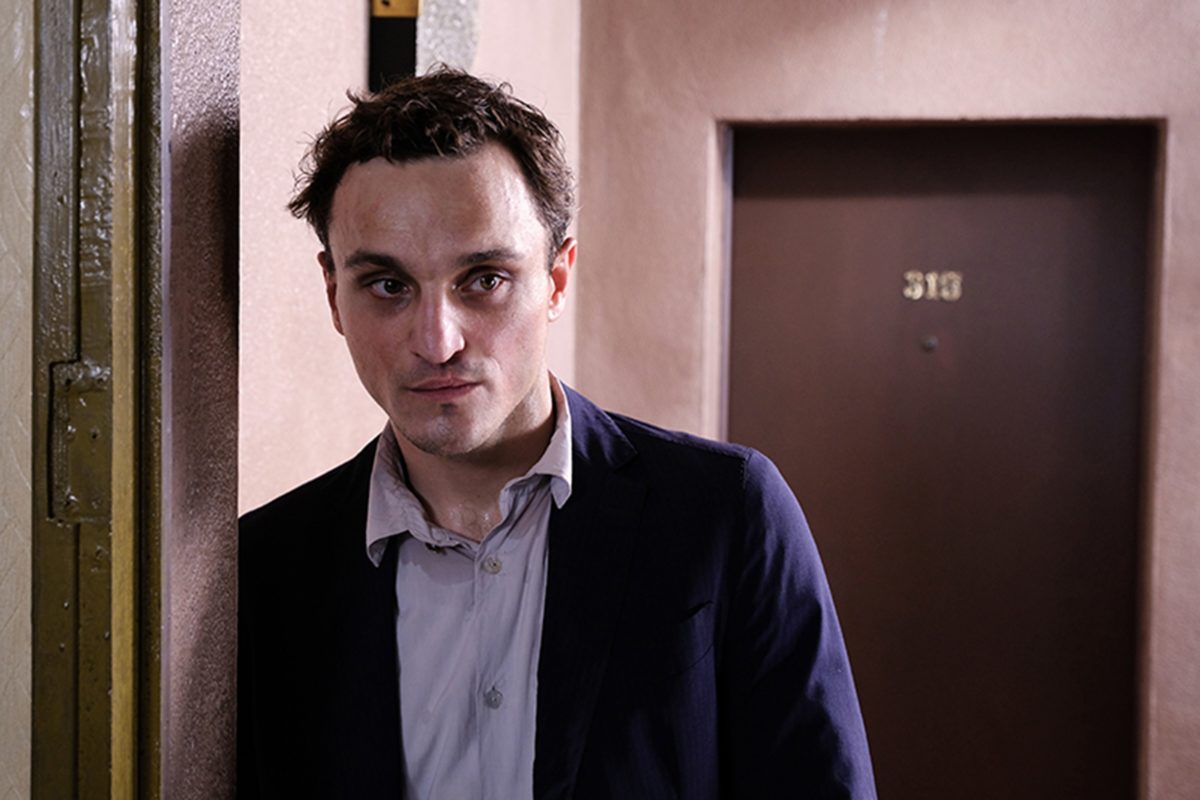 Writer/director Christian Petzold is a master of allegory, irony, and complexity. He is also a gifted interpreter of novels, adapting them so that new meaning and depth rises out of the pages. Such was the case of “Phoenix,” his allegorical story set in post-war Germany and based on Le Retour des Cendres (Return from the Ashes), a failed novel by Hubert Monteilhet. As I wrote in my review when the film came out, Petzold and his longtime writing partner Harum Farocki constructed a metaphor for German and the German people as they struggled to deal with their guilt and complicity in the extermination of the Jews.

It was Farocki who brought Transit by Anna Seghers to his attention. A novel set in Marseille in 1942, it describes the desperation of a transitory population running from their homelands, desperate to escape the crushing and relentless path of the Nazis as they overtake France and tighten the vise on refugees and citizens alike.

Farocki’s family had lived this story, having fled the Sudentenland shortly after his birth. He and Petzold started work on the adaptation and, like the novel, its first draft set the story in Marseille of 1940. After Farocki’s death in 2014, Petzold revisited their draft and realized that he did not want to make another period piece. He saw instead the realistic parallels between the desperate situation of refugees from the Third Reich with those nameless, invisible refugees who crowd the streets of today’s cities.

Set in the nameless, but not too distant future, Georg is a German refugee in Paris, who, so far, has escaped the faceless, dogged pursuit of Fascists (once again from Germany) who are making a full court press through France with the eager assistance of those citizens. Georg, existential in his life’s outlook has, nevertheless, a strong survival instinct. An opportunity to join a caravan south is offered if he will deliver two letters to a famous writer living in a fleabag hotel nearby. Arriving at the writer’s room, he discovers the maid cleaning the detritus of his suicide. On the desk are found his last manuscript, and two letters, one from his wife declaring that she has left him for good and the other a letter from the Mexican government offering him asylum and inviting him to pick up his papers, his passage, and a stipend at the Mexican Consulate in Marseille. Ironically, one of the letters Georg was to deliver to the writer was from his wife asking forgiveness and that they reunite in Marseille and leave for Mexico together.

Georg’s ride has evaporated in a roundup of suspicious refugees and he must find his own way south. Another mutual friend has a proposal. Help his very sick friend get to Marseille to join his wife and child; a ghost train is leaving the station very shortly and they can hide aboard if they are careful. Circumstances repeat, and although Georg makes it to Marseille, his companion does not. And thus begins his major dilemma – escape his situation, the personal entanglements that he attracts like flies to flypaper, and the overpowering feeling of hopelessness. 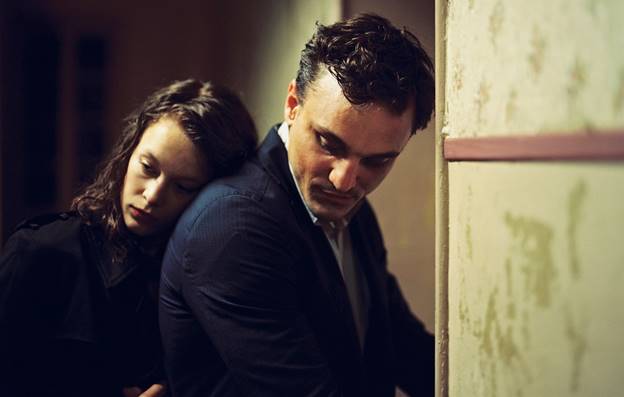 The story, itself, is fascinating, but retelling it in detail, or even sketchily, would rob the viewer of the pleasure of fully immersing in a narrative that is much more than the Sisyphean task of Georg trying to escape the country. Is he worthy of escape? Will escape change anything? He is in the middle of a Camus-described plague and a Kafkaesque nightmare. He is a refugee, both invisible and hunted, despised and pitied. Each attempt to leave is thwarted by, on some occasions, his own ambivalence and on others, by his sense of justice for the helpless.

For Petzold, telling this in the future, although really it is the indirect present, is both illustrating that old adage, “the more things change, the more they remain the same,” and layering the past on the present. Marseille as a transit zone could be Tijuana or Calais. Set weeks, months, or years in the future, it is the rise of isolationism, xenophobia, and far-right politics playing on fear. Watch, early in the film, as an ordinary French citizen eagerly, hate on her face and without prompting, denounces Georg as he escapes from a troupe of police arresting the paperless.

Superbly acted by all, Franz Rogowski, as Georg, personifies the Existential hero with dead eyes, but not yet dead heart. Paula Beer, as Marie the wayward wife, has a world-weariness that contrasts with her youth; her motivations always suspect. Special attention should be paid to Maryam Zaree, the wife of Georg’s dead companion. Zaree, deaf, conveys every possible emotion in her eyes and the tension of her body. Lilien Batman as her son Driss, embodies every child who has ever hoped for a connection and is then abandoned one way or another.

The work by the cinematographer, Hans Fromm, and the rest of the production staff have captured a Marseille that could be yesterday, today or tomorrow.

That today’s international circumstances are little removed from the situations in this film is, obviously, not coincidental. What are we becoming? Are we inured to the disappearance of the faceless masses who are then seamlessly replaced by other invisibles? Is there any place to turn? Are we condemned to live a Kafka nightmare on a Mobius strip? Petzold actually reveals the key to “Transit” within the film. In a quote taken directly from Seghers’ novel, Georg sums up his existence with an anecdote about dying. “He waited in the hereafter to learn what the Lord had decided about him. He waited and waited, one year, ten years, one hundred years. Then he finally begged for the decision. He was told: ‘What are you waiting for? You’ve already been in hell for some time.”

Christian Petzold has, once again, made what is surely a perfect film. He answers no questions; he poses questions.

Do not miss this film. I saw it twice and will, in all likelihood, view it again. It takes patience, but you will be rewarded.