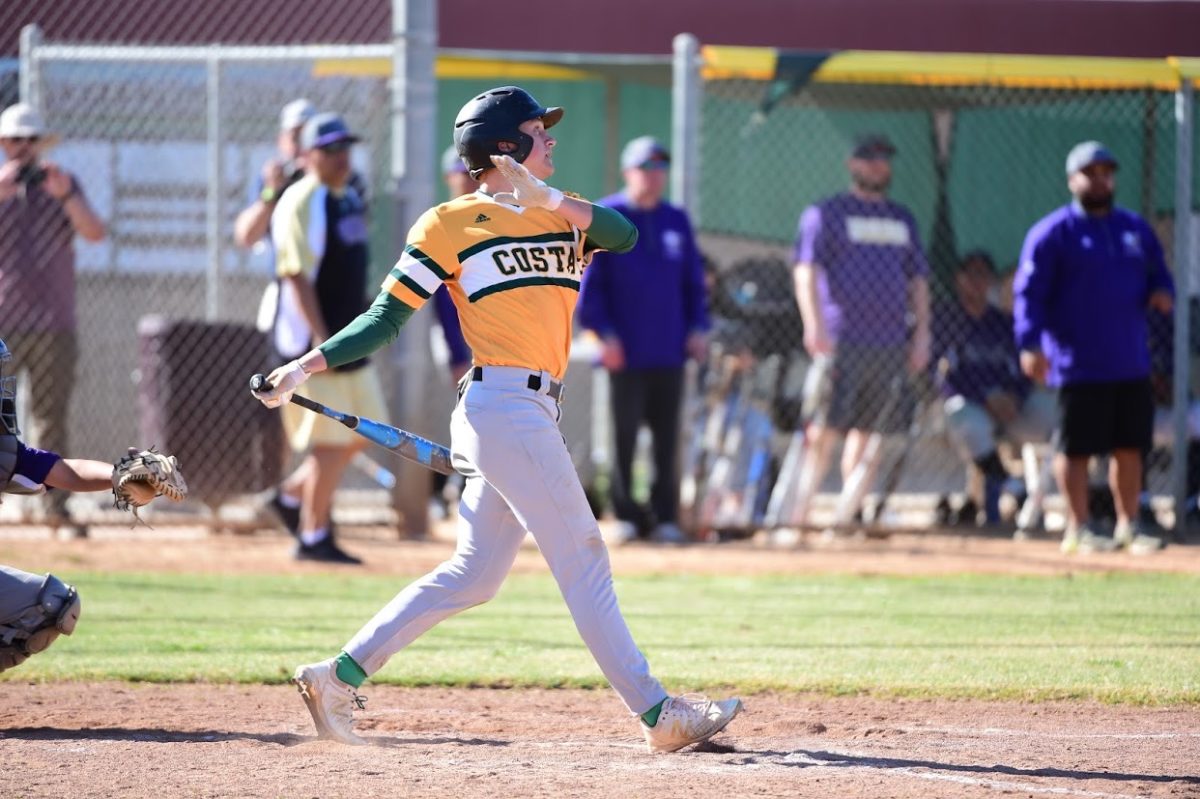 It was a bummer summer July 4 holiday weekend for most beach city residents, but not for Mira Costa baseball star Petey Halpin.

On the Friday before Saturday’s subdued celebration, Halpin signed a contract with the Cleveland Indians that came with a $1.525 million bonus.

The Hermosa Beach resident,  who turned 18 two months ago, had long dreamed of this moment. He is the first Costa player to be drafted directly out of high school since 1999.

While Halpin knew that being drafted was a distinct possibility – he reads the online mock drafts like every other talented high school and college ball player – he admitted the reality of it was still a shock.

“I was speechless when it actually happened,” he said. “The only problem was I didn’t get to see it.”

After obsessively watching the Major League Baseball draft play out for 20 hours over two days and hoping his name would be called, Halpin finally got a call from his agent alerting him that he would soon be drafted with the 95th pick overall.

But just as his name was about to be called, the family’s TV cut out and lost the picture. Halpin and the growing crowd of family and friends who had gathered to celebrate with him missed the big moment.

“The TV fritzed and I didn’t get to see any of it,” he said. “Luckily some friends were recording it on their TV, so I got to see the tape of it later.”

The unexpected TV blackout was the culmination of a long, strange year that started last summer when Halpin and his family moved from San Mateo – 20 miles south of San Francisco — to Hermosa Beach. It ended with the Mustang baseball season being cut short on March 13 after only eight games because of the coronavirus pandemic.

But his sterling play over those eight games – he hit .450 with a home run while Costa went 6-2 – was enough to convince pro scouts that Halpin has the size, skills and passion for the game that could carry the 6-foot, 190-pound outfielder all the way to the major leagues.

“He’s a good fielder, is speedy around the bases, and can hit for power,” Mira Costa Head Coach Keith Ramsey said. “But his greatest asset is his passion for the game. He’s one of those kids who absolutely loves playing baseball. Every day, he’s pumped to be out on the baseball field.”

It’s a subtle mental skill that not all players – not even some major leaguers – have in their arsenal as they face the daily grind of a 162-game season.

“All those guys in the professional organizations are extremely talented, just like Petey is,” Ramsey said. “So to have such a passion and energy every time you step on the field will be a huge help as he moves along in his career.”

The buzz that a highly rated baseball player might be transferring in to Costa started last summer, Ramsey said.

“After his family moved down here, I heard rumblings from some players that we were getting a very talented kid, but no one knew for sure until he stepped foot on the campus,” he said.

His first impression: “I thought he had a ton of energy, in a positive way,” Ramsey said. “The thing I was most excited about was that he was really good with our younger guys. We had some very talented players returning, and he showed respect for all the guys coming back. He didn’t try to big-foot anybody.”

The most surprising aspect of the new kid on the diamond: he throws right-handed but bats left-handed.

“You don’t see that too often,” Ramsey said.

For now and for as long as the minor-league baseball season remains canceled and the major leagues prepare for a radically shortened 60-game season scheduled to start at the end of this month, Halpin is stuck working out on his own and consulting with Cleveland coaches on what they want him to work on.

“There’s constant Zoom calls with hitting coaches, outfield coaches, workout coaches to figure out a plan — even a nutritionist to work with me,” he said. “I’ll keep working and stay ready so whenever Cleveland gives me the call I’ll be good to go.”

Halpin said it takes a village – or at least a family – to raise a major league prospect.

Halpin was born in San Mateo, and learned to play baseball on Jim Pounds Field,  named after his grandfather who had been a Little League coach for 45 years. While his father Peter played the normal mentoring role when he had time off, Halpin said, the real guiding influence came from his mother Julie.

“Ever since I was very young she always had a passion for the game. She watched every single lesson I ever took and every single tournament I ever played. She would drive me back and forth all summer,” he said. “She would sit at games and give me a hand signal, telling me how to swing at a certain pitch. The annoying part was that she was usually right.”

He also credited his big brother James with helping him develop his game.

“It can be so hard when you’re the younger brother following your big brother, but he made it easy for me, worked with me every day and was as happy as I was when I got drafted,” he said.

Ramsey said everyone in the Mira Costa baseball program is thrilled they had a player drafted right out of high school for the first time in 21 years.

“We couldn’t be more excited for the kid,” he said. “He only played one season for us, but once a Mustang always a Mustang.”