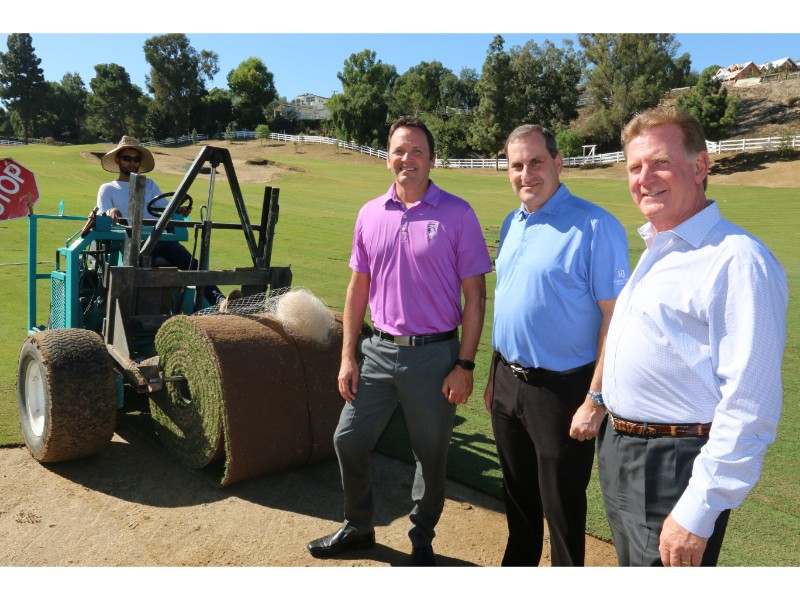 Golf course designer David Kidd, whose redesign of the Rolling Hills Golf Club course is scheduled for completion next June, said one test of a great course is its popularity among top level amateur players.

“Pros will play anywhere if you put up $10 million. But for top flight amateurs, it’s all about the golf course,” Kidd said in a November Peninsula magazine interview. “It was a badge of honor when Bandon Dunes was selected last March to host a tournament with a dozen of the U.S.’s top college golf teams,” he added.

Bandon Dunes, in Oregon, was the first U.S. golf course Kidd designed and is regarded as one of the best in the world. He said he is confident that his Rolling Hills Country Club course will rival Bandon Dunes.

That opinion appears to be shared by USC golf coach Chris Zambri, whose school is hosting the 2018 Pac 12 Championships. Zambri announced two weeks ago that Rolling Hills Country Club has been selected to host the championships.

“Zambri called out of the blue last month,” Rolling Hills Country Club general manager Greg Sullivan said. “He said USC was hosting the 2018 Pac 12 Championships and it was his responsibility to select a course. He said he was looking at Riviera, Los Angeles and us. He had run into some members at the airport and they had told him Kidd was redesigning our course.”

“Only seven of the holes had been grassed. But Kidd was able to explain what it will be like to play. They were impressed by how long it is. It’s 7,200 yards and USC has some long hitting players,” Sullivan said.

Rolling Hills Country Club president Aubie Goldenberg described the club’s selection as validation of club’s controversial decision to redo the course. Over 100 of the club’s 465 members resigned their memberships following the 2014 decision to close the course for the two years it would take to build the new course.

“We put together a team, developed a plan and executed it. It’s a powerful statement to have USC’s coaches walk an unfinished course and make a decision based on their vision of what it will be,” Goldenberg.