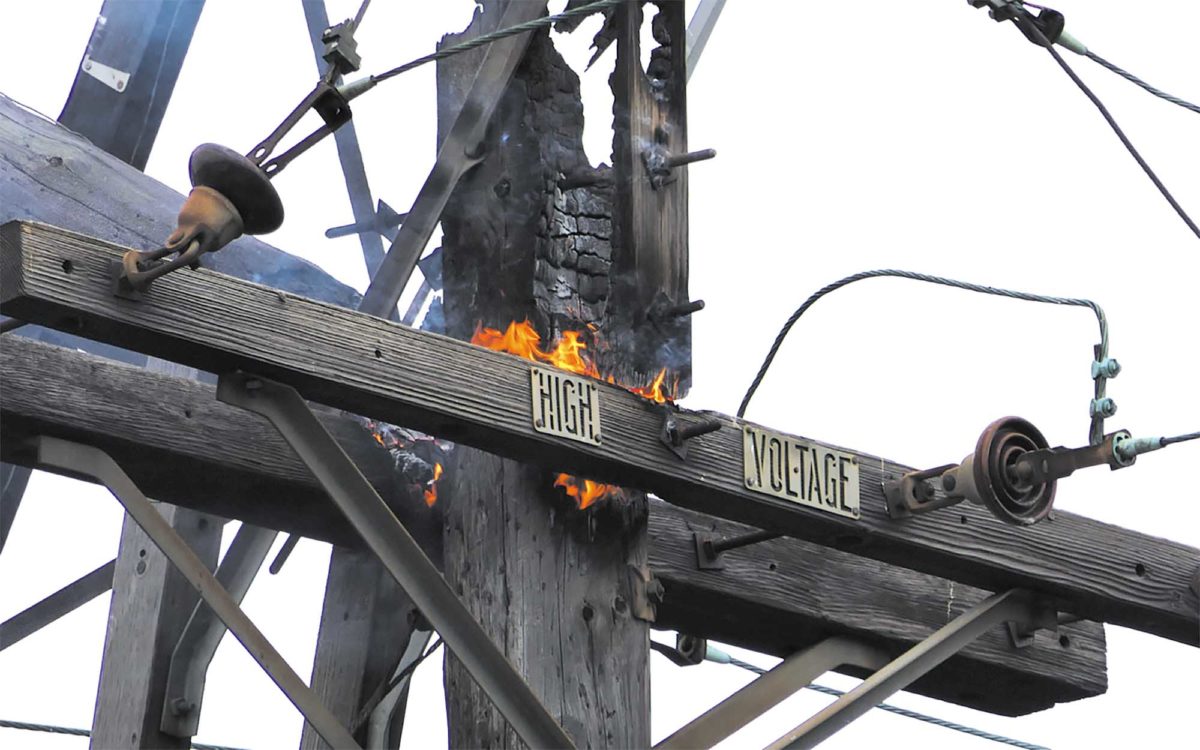 Power was out in a Redondo Beach neighborhood after a smoldering fire weakened a utility pole to the point of breaking on Saturday afternoon.

Redondo Beach police and firefighters alerted residents to the damaged utility pole at the intersection of Carnelian Street and Lucia Avenue at 3:44 p.m. on Sept. 28. The pole had reportedly been smoldering for hours before snapping in half, cutting power to the area.

A second incident, downed power lines near the intersection of Beryl Street and Flagler Lane, was reported by police and fire at the same time.

Power was restored to some residents at around 5:20 p.m., after approximately two hours and 45 minutes. All told, approximately 576 homes were affected by the outage.