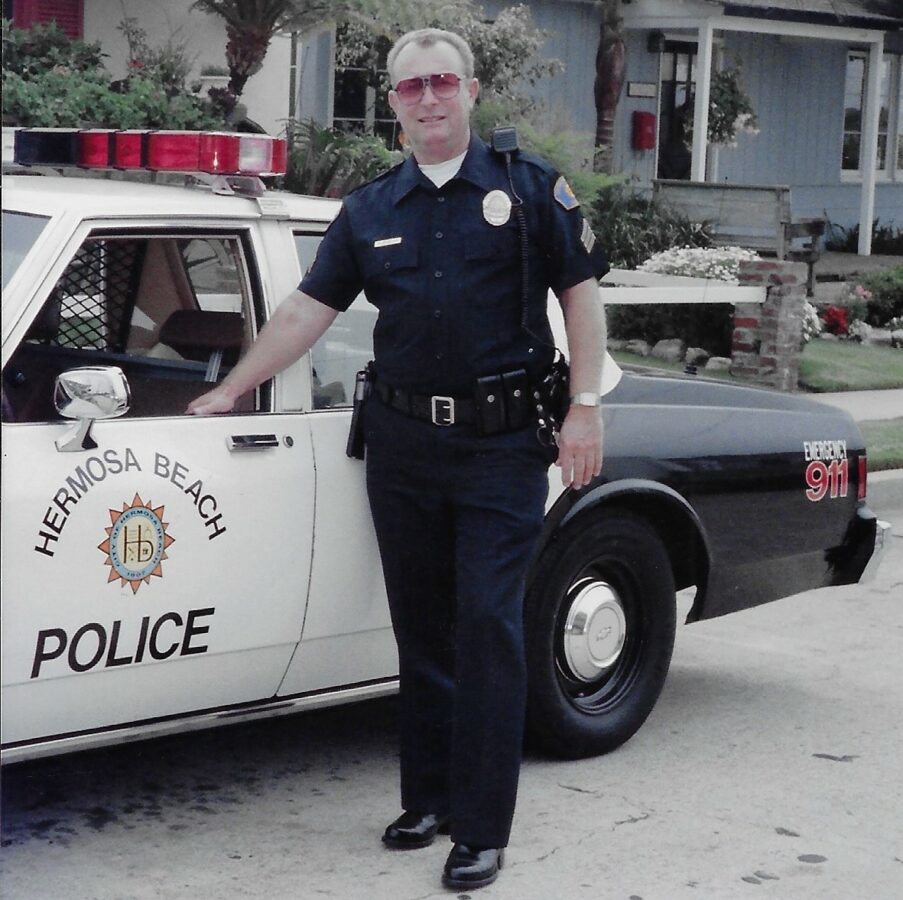 Long time Hermosa Beach Police Public Information Officer Wallace “Wally” Moore passed away May 16, at age 81. Moore joined the department in 1964, a tumultuous era when Hells Angels gathered at the Taco Bell on The Strand. During his years as an undercover officer, his cases included the infamous Bittaker-Norris, and Trash Bag murders, and the inter law enforcement agency investiation of the Columbian Cartel’s “Boston George” Jung, played by Johnny Depp in “Blow.’

Moore’s son Tim said he took a small town, sympathetic approach with Hermosa’s punk musicians, arresting them at night, and appearing in court as character references for them the next day.

As a member of the Hermosa Police Officers Association, Moore led the fight against city council efforts to dissolve the police department, and contract with the Los Angeles County Services. Those efforts led to him being reassigned to a desk job, much to his frustration, his son said.

Prior to becoming a police officer, Moore was a news photographer for the Los Angeles Herald Examiner, and the Redondo Beach Daily Breeze. He also taught summer photo workshops at CalPoly San Luis Obispo. Moore was born in Chattanooga, Tennessee, and served in the U.S. Navy on the Aircraft Carrier Hornet.

Moore is survived by daughters Kathleen Campbell, and Mary Moore, and sons Patrick and Tim, as well as six grandchildren. A memorial service will be held this Saturday, June 25, at noon at the Redondo Beach Elks Club, 315 Esplanade. ER