Wanderlust: wanders with little lust, not much else [MOVIE REVIEW] 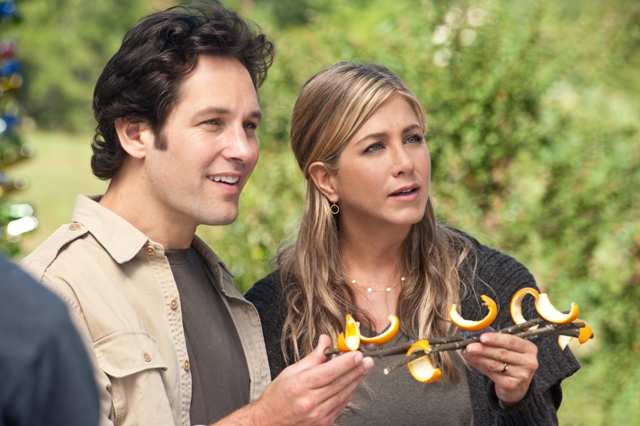 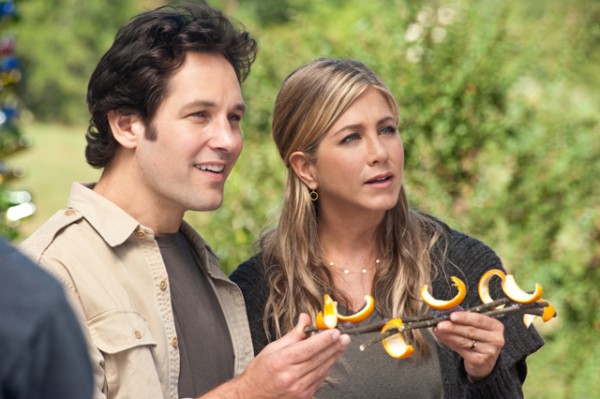 Yuppies George and Linda, living their “dream” in New York City are sh++ out of luck when he loses his job and her documentary about cancer-ridden penguins in Antarctica (think “An Inconvenient Truth” meets “March of the Penguins”) is passed on by HBO. Offered a job by his brother Rick, George and Linda pack up for Atlanta where George will work the corporate end (yes, I meant to say that) of Rick’s porta-potty business.

On their way there, and in need of a night’s rest, George and Linda happen upon a hippie commune where the residents are only too happy to give succor, especially the leader of the group, Seth. When George can no longer work with his overbearing brother, he and Linda head back to the welcome arms of the commune. Welcome doesn’t quite describe the philosophy because everything is shared – everything. When Linda shares with Seth, George leaves, only to discover that share-toy or not, Linda is the love of his life.

Would that I had more to report or that there was an original thought behind this film written by David Wain, the director, and Ken Marino, who also plays the odious brother Rick. It must have pitched better in the room because it doesn’t play on screen. Sure there are some laughs, a pratfall here and there, some male frontal nudity (always good for a few yucks), and an occasional line of clever dialogue that slipped through accidentally, but for the most part, it’s been done before, usually better although it never needed to be done in the first place. Even during the so-called hippie era of the ‘70s, hippies didn’t play (pun intended).

One has to wonder if any of the cast read the script beforehand or whether there was one. And what a cast was squandered! Jennifer Aniston, as lovely as ever, has found her film career, she just hasn’t found her film. Paul Rudd, a truly fine actor who lends some credence and knows how to add dimension even when there is none, is pretty much set afloat without a life vest. Justin Theroux seems to have been having fun playing the insincere, lustful guru who is willing to sell everyone else down the river for the love of Linda. Alan Alda, well, I have no idea what Alan Alda was doing in this film. Ken Marino hams it up as the narcissistic villain of the piece but is uninterested in finding any dimension or humor that is less subtle than a porta-potty.

All in all, not a day in the park. That Judd Apatow was one of the producers of this film only goes to prove that even the king of comedy can have an off day.

Neely also writes a blog about writers in television and film at nomeanerplace.com.