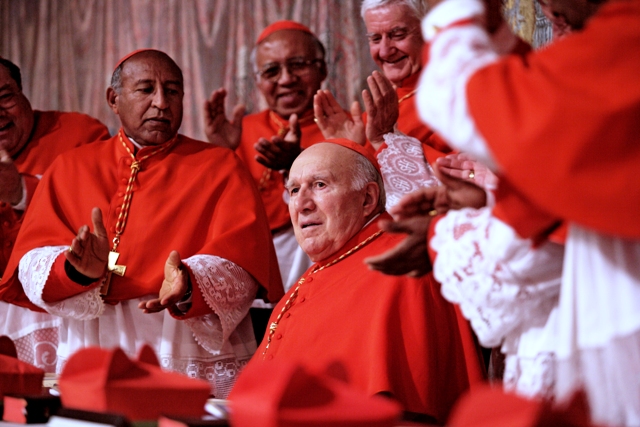 3. Michel Piccoli in WE HAVE A POPE, directed by Nanni Moretti. A Sundance Selects Release Photo Credit: Philippe Antonello 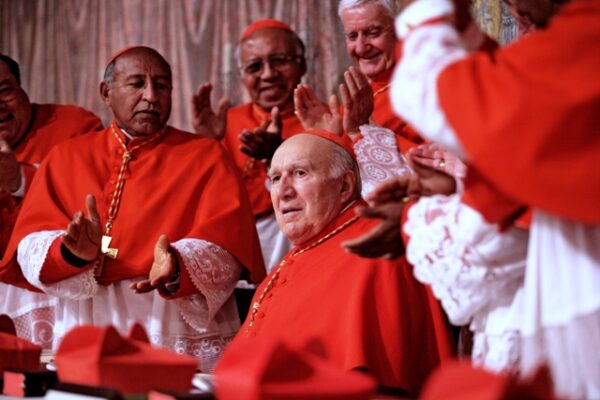 3. Michel Piccoli in WE HAVE A POPE, directed by Nanni Moretti. A Sundance Selects Release Photo Credit: Philippe Antonello

Nanni Moretti, the ever inventive and award winning Italian director poses the ironic question, “What do you do if the Pope doesn’t want the job?” Set in the present day, Pope Whatever has died and the College of Cardinals is locked in a room in the Vatican as a secret ballot is conducted to determine who will be the next Pope. Thousands, maybe hundreds of thousands of faithful await word on the plaza as to who will be the leader of the Roman Catholic church, arguably the most powerful man in the Western world – God’s representative on earth.

Ballot after ballot is read as the camera pans across the faces of the Cardinals, stopping at the front runners as we hear their thoughts: “Please, God… not me!” No one achieves a majority, not Cardinal Gregori, not Cardinal Bollati, not Cardinal Pescadona or Cardinal Cevasco – front runners all, and odds on favorites according to local bookies. The smoke continues to blow black from the chimney as the crowds await the puff of white – the announcement that a successor has been chosen.

Hopelessly deadlocked, the Cardinals begin to rethink the process and the candidates; suddenly a new name emerges, a dark horse who wins a majority of the votes – the unassuming Cardinal Melville. Overwhelmed, Cardinal Melville accepts the appointment but then rethinks his decision as he is called on to make the acceptance speech from the balcony to the hoards below. Panicked, the Vatican spokesman makes a radical decision and calls in a psychotherapist; not just any psychotherapist but the self-proclaimed best and most famous psychotherapist of Rome.

Ever challenging and always amusing, Moretti, besides directing the film, also only co-wrote the screenplay with Francesco Piccolo and Federica Pontremoli, and co-stars as the psychotherapist. Training his cinematic eye on all these old, mainly, white men writing names on little pieces of paper as their thoughts are projected – “Not me! Not me!” and the sounds of their routines are amplified… the pen scratching across paper, the chairs moving, the stomachs grumbling – he underscores the absolute absurdity of the process and the cloistered childishness of these extraordinarily powerful men. Further heightening the ludicrous nature of the procedure, a reporter, granted an idiotic one, gives his viewers a blow-by-blow account of the minutia of the process and the names of the Cardinals as they arrive to take up their duties – an “Access Hollywood”-type red carpet treatment of the events not dissimilar to Howard Cosell commentating on the proceedings of Fielding Mellish’s wedding night in Woody Allen’s “Bananas.”

Cocooned in humor, lampooning the processes and players of religious politics, Moretti manages to raise serious questions that land with more impact than if they had been treated in a deadly serious manner. The holy are not immune from depression (and the number of pharmaceuticals within those walls could stock a Walgreens); the Bible is full to the brim of characters mired in dark holes of the soul.

Who is actually holy enough, smart enough or with enough hubris to presume to be God’s voice on earth? Moretti is able to raise such a serious question successfully because of the actor he placed in the role of the doubting Cardinal Melville – the great French actor Michel Piccoli. Now grown old, slightly bloated and soft around edges that used to be diamond sharp, Piccoli gives enormous depth and sympathy to someone who views himself unworthy of the task, despite the fact that in a moment of self absorbed weakness he accepted the job. We follow him throughout his journey of self-questioning and self-doubt as he tries to understand where this doubt may have come from and what he may have missed in life by devoting himself exclusively to God. Piccoli delivers an often wordless performance of such brilliant dimension that the only question that can be raised is not whether Cardinal Melville is worthy but is anybody worthy. His eyes convey his doubt about the task at hand but also the joy he finds in the small pleasures he still finds in the unsheltered part of his life.

This is a classic Catch 22, for a man who deems himself unworthy of the job cannot take it, but only a man who deems himself unworthy is worthy of the job. The heart of the matter is the humanity behind saintliness and the inability to deal with the frailties of self when that self is charged with leading others. Moretti has found the perfect grounds to indulge in questions of faith – that theater of the absurd known as The Church.