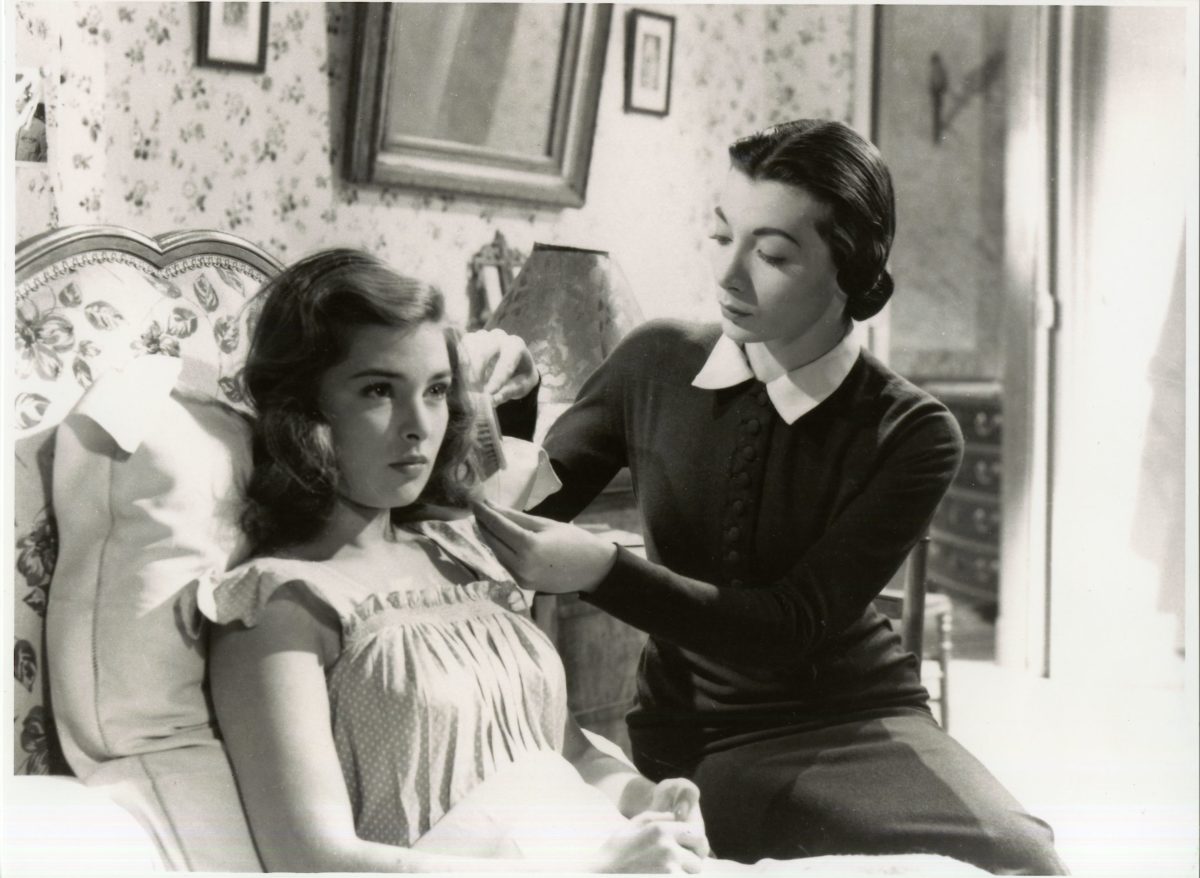 Irene Galter and Juliette Gréco in Jean-Pierre Melville's WHEN YOU READ THIS LETTER (1953). Courtesy: Rialto Pictures/Gaumont

Irene Galter and Juliette Gréco in Jean-Pierre Melville’s WHEN YOU READ THIS LETTER (1953). Courtesy: Rialto Pictures/Gaumont

“When You Read this Letter,” is one of only a couple of films that Jean-Pierre Melville directed but did not write. Working from a script by Jacques Deval, “When You Read this Letter” was the film Melville reluctantly agreed to direct to prove that he was capable of making a commercial movie. Up until this point, 1953, he was derisively labeled a dilettante; he was viewed as seeing film as a purely intellectual exercise. As such, he was virtually unemployable. This film, an international co-production, was disparaged by the New Wave directors and Melville himself as a sell-out to commercial interests.

François Truffaut, an ardent early critic of the film, and Melville, himself, are dead wrong. Melville may never have come around, but Truffaut did because he was finally able to see what is readily on view – an independent film expressing an existential point of view, amazingly made with studio money—and, surprisingly, receiving its first commercial release in the US.

Thérèse, a novice nun, has been informed that her parents have just died in a fiery car accident. Her grandfather has come to ask that she be released from her duties to return home and help raise her younger sister Denise. She willingly agrees and returns to her parents’ apartment and stationery store in the commercial district of Cannes. Denise, beautiful, naïve and just becoming aware of her sexuality, adores her protective sister.

At the edge of town, along the stunning beach, Max, a handsome, sensual, and amoral mechanic is plying his trade at a gas station. As his bosses discuss, Max is a master at making the best use of his skills on the seasonal trade – the older, wealthy, bored women who take up residence at the best hotels. Scruffy, smeared with the oil of the job and smelling like gasoline, handsome Max knows just what to say, and just how to move. He invites his potential prey to come see him box at a local cabaret. Aided by his inside-man, Biquet, a bellman at the Carlton, Max is soon the chauffeur of the rich, unhappy Irene and spending his evenings with her in her suite at the Carlton.

Denise, after delivering an order from the shop, encounters Max as he rides back to the garage on his motorcycle. Stopping, he engages Denise in a long, thoughtful conversation. She is completely smitten and recounts her adventure to a rather worried Thérèse. Denise promises that she will not act on her impulses, as harmless as they may be. But disaster strikes when Denise is sent to deliver stationery to Irene at the Carlton. She’s not there, but Max is and his overriding lascivious instincts take over and he rapes the terrified Denise.

Denise, humiliated, seemingly with nowhere to turn, writes a suicide note that begins with “When you read this letter,” and then jumps off a boat. She is rescued and Thérèse finds the note explaining that Max had raped her. Determined to make things right, Thérèse locates Max and tells him that he will marry the under-age Denise or go to prison. He agrees and reluctantly is introduced to family activities. But complications ensue and Max professes love for Thérèse.

Starring Juliette Greco, seemingly playing against type as the novice nun and responsible sister, she inhabits both the stiffness of righteousness and the warmth of her love for her sister. Her conflicted feelings for Max go against everything she has ever professed to want. The convent was her perfect hiding place. When first viewed, Thérèse is seen in the garden intently scrubbing the stone pavers, in contrast to the other nuns who are tending to the plants, as though she needed to be punished and cleansed for some unseen sins. The very embodiment of an existential existence, Thérèse tries to remain grounded to daily life, only to have it threatened by Max’s mere presence and the desires of the flesh. Greco imbues the characters hidden passion with ambiguity, personifying the very nature of an existential crisis.

Philippe Lemaire as Max is a revelation. Pure evil, all animal magnetism, he is the train wreck that attracts and repels at the same time. His acts are odious; his insatiable sexual appetite and narcissism are hell-bound for a bad ending, if not for him, then for everyone else. That he is drawn increasingly to the somnambulant Thérèse has as much to do with the power she wields as with her unattainability. As an interesting side note, he and Greco were married at the time of this film.

Irène Galter, as Denise, is the embodiment of innocence and naivety, unable to see Max’s obvious indifference, a tragic heroine who doesn’t see the tragedy. All of the actors in support are believable and intersect in this jigsaw of fatal attraction.

Melville was petulantly wrong in his dismissal of this film as much of the framework he created here, using someone else’s script, he would use again in the films he wrote and directed. He carefully and continually pushes Max into a corner from which, eventually, there is no escape. He used this same construct in at least two of his later films, “Bob le Flambeur” and “Le Samouraï.” In each case, the main characters, attempting an escape, whether physical or emotional, are gradually trapped when all outlets are exhausted. It never ends well.

Do not miss this extraordinary film. In French with English subtitles.