“Wife of a Spy” -Married to the nob [MOVIE REVIEW] 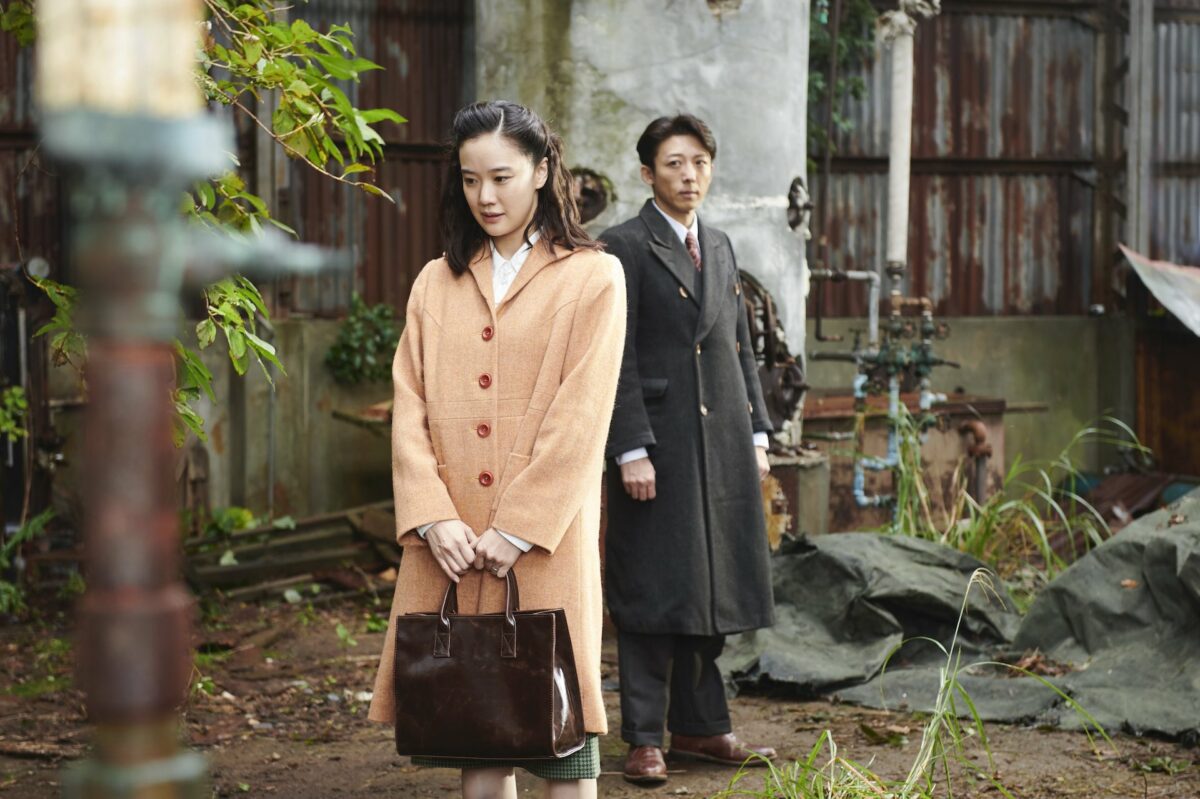 Yû Aoi as Satoko and Issey Takahashi as Fukuhara Yusaku in "Wife of a Spy." Photo courtesy of Kino Lorber. Yû Aoi as Satoko and Issey Takahashi as Fukuhara Yusaku in “Wife of a Spy.” Photo courtesy of Kino Lorber.

It’s not often that someone can take what should be a compelling story and credible actors and flatten it to the point that it is better suited to mid-level television. But this is what director Kiyoshi Kurosawa has done with his film “Wife of a Spy.” Not everyone has felt as disappointed as I am because the film won the Silver Lion in Venice for best director. All I can say is, go figure.

Fukuhara Yusaku (Issey Takahashi) is a successful businessman and budding filmmaker in Kobe, Japan. It’s 1940 and there is a new norm. He and his wife, Satoko (Yû Aoi), his leading actress, have been advised that they should eschew their Western style of dress for the more traditional Japanese. This is emphasized particularly to Satoko by her childhood friend Taiji, the new military squadron leader assigned to Kobe. He is very distrustful of Yusaku’s ways and begins to sow doubt in Satoko’s mind.

Yusaku takes a trip to Manchuria without her, leaving Satoko vulnerable to gossip. Taiji has implied that Yusaku is a spy which would make her the wife of a spy, an untenable position in their social circle.

Not exactly a spy, Yusaku considers himself a “cosmopolitan” and becomes increasingly disturbed by Japan’s alliance with Italy and Germany. Furthermore, he has returned from Manchuria with evidence that Japan has been experimenting with biological warfare on the Chinese population. Issey Takahashi as Fukuhara Yusaku and Yû Aoi as Satoko and Ryôta Bandô as Fumio in “Wife of a Spy.” Photo courtesy of Kino Lorber.

Upon his return from Manchuria and the arrest of his brother, the story reveals a series of betrayals, each more audacious and cunning than the previous.

It’s not an entirely bad movie but it never rises to the promise of the story, one that feels as though it could have actually happened. This seems to be as close as most Japanese films get to dealing with their own war crimes and it is definitely soft in that regard. “Wife of a Spy” never rises to its promise. It is definitely flat and borders on tedious.

In Japanese with English subtitles.