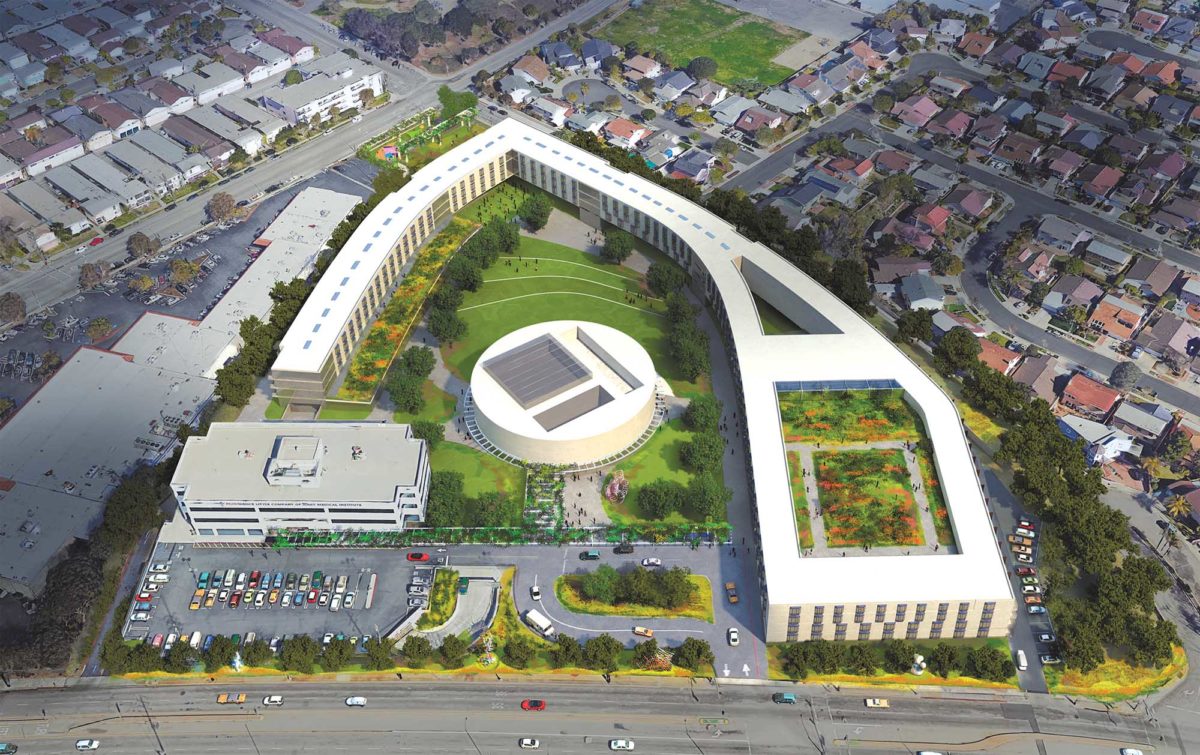 Beach Cities Health District shows off its new plans for the future: Senior residences, community space, and the evolution of medical care

South Bay Hospital opened in 1960 with 146 patient beds to help fill a gap in the Beach Cities, creating a central hub for acute and emergency medical care. The hospital expanded and contracted over the years, adding wings and beds before eventually cutting jobs and emergency services in the ’90s, transforming from an acute-care hospital district into the preventative care-focused Beach Cities Health District.

Now BCHD is seeking another transformation, by revitalizing its aging buildings at 510 and 514 N. Prospect Ave. in Redondo into a complex that they call the “Healthy Living Campus,” a plan that almost completely re-envisions the 11 acre site as a central hub for community health, including residential care for the elderly alongside the health district’s gym, child care and community education centers.

A master plan released at last month’s BCHD Board of Directors meeting shows plans to replace two major buildings, the hospital’s central plant and a parking structure with 608,339 total square feet of development. That plan including 420 residential care units for the elderly, a Child Development Center, a brand-new Center for Health and Fitness and acres of green open space.

The crown jewel of the development is the project’s Community Wellness Pavilion, a space viewed by district staff as a hub for community presentations, cooking demonstrations, meeting spaces, and a visitor/education center.

The open green space has designed as an active area, used for farmers markets, community events, and a free fitness space for events such as the Health District’s popular Zumba in the Park.

“I’m excited for the three beach cities and the Health District to lead the way in what community health looks like,” Bakaly said. “We’re doing that through our programs, and we’re wanting to know if the community wants to take that step to truly look like where we’re at and show how we can be a model for the rest of the country.” 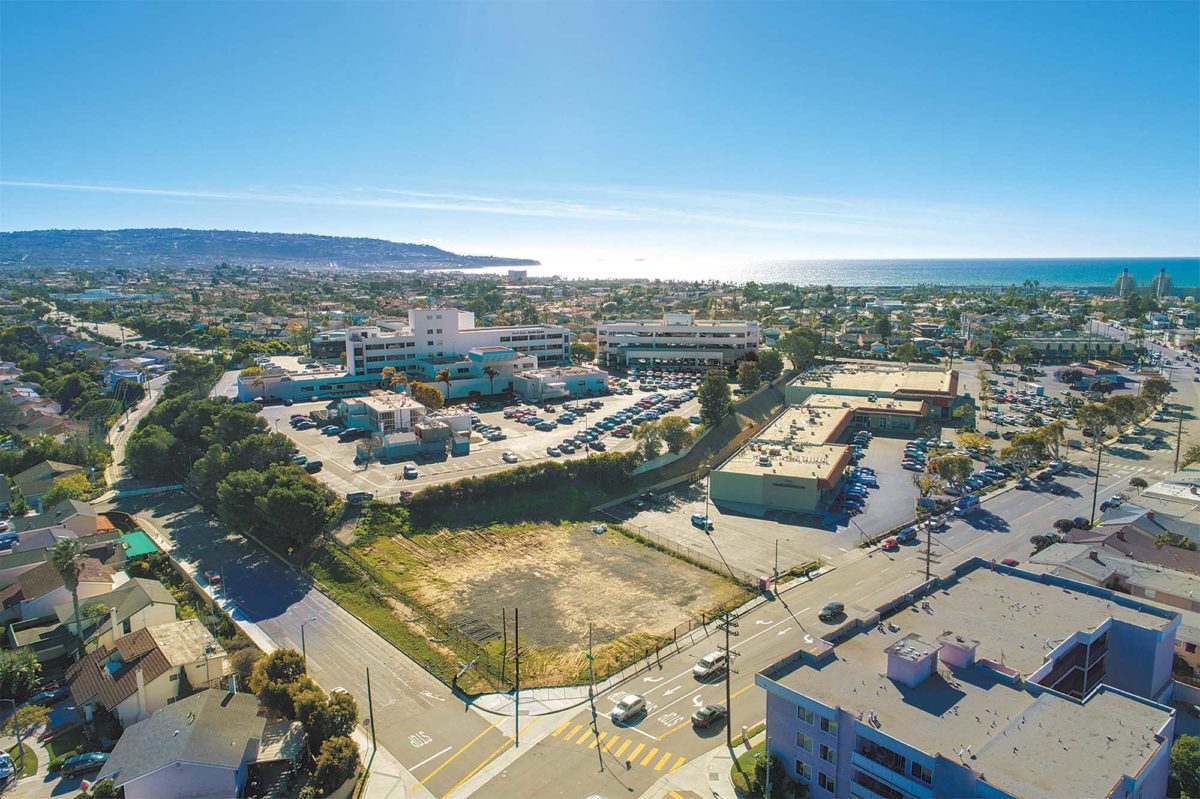 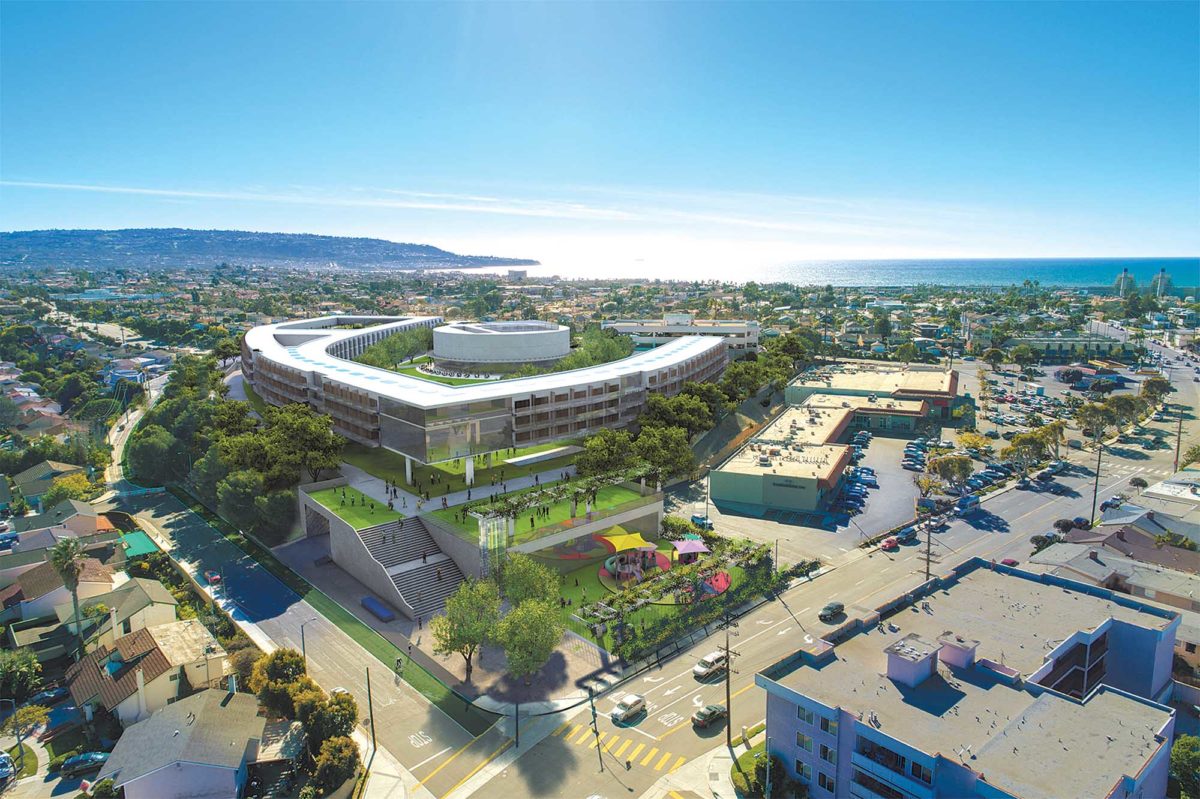 Looking southwest at the existing BCHD campus (left) and the proposed Master Plan (right) from the intersection of Beryl Street and Flagler Lane. The Master Plan would place a Child Development Center near the intersection. Images courtesy Beach Cities Health District

“Our goal is to further health and fill gaps; we don’t want to provide redundant services,” said BCHD spokesman Eric Garner. “We know there’s a need for residential care; we know there’s a need for us to have a space that furthers our mission for preventative health services; and we know that there’s a surplus of medical office buildings and spaces available to the community, so we don’t see that as a need.”

The project represents an approximate increase of 286,000 square feet in new development over the existing 11-acre campus. However, a traffic study commissioned by the Health District indicates that, though development on the site would nearly double, the campus would generate fewer daily, morning and evening peak hour trips than the existing site thanks to the severe reduction in medical office space.

“What we’re showing in preliminary trip estimates is, because we’re shifting uses, fewer trips will be generated,” Bakaly said. “Medical office use drives a lot more traffic and a much higher parking requirement.”

BCHD identified a need for housing after looking at demographic trends in the Beach Cities. Redondo, Hermosa, and Manhattan have some of the highest concentrations of Baby Boomers out of all cities in Los Angeles County, and population estimates figure that the median age will continue to climb. Providing housing, therefore, fits within the District’s mission to help residents age within their communities.

A 2016 study commissioned by the District further indicates that the region can support a net 400 additional senior residential units. Counting the existing 60 units run by Silverado, the new project would net 360 new senior units.

But the backlash against the development has been felt by many of its supporters — even one who often falls against new development plans. 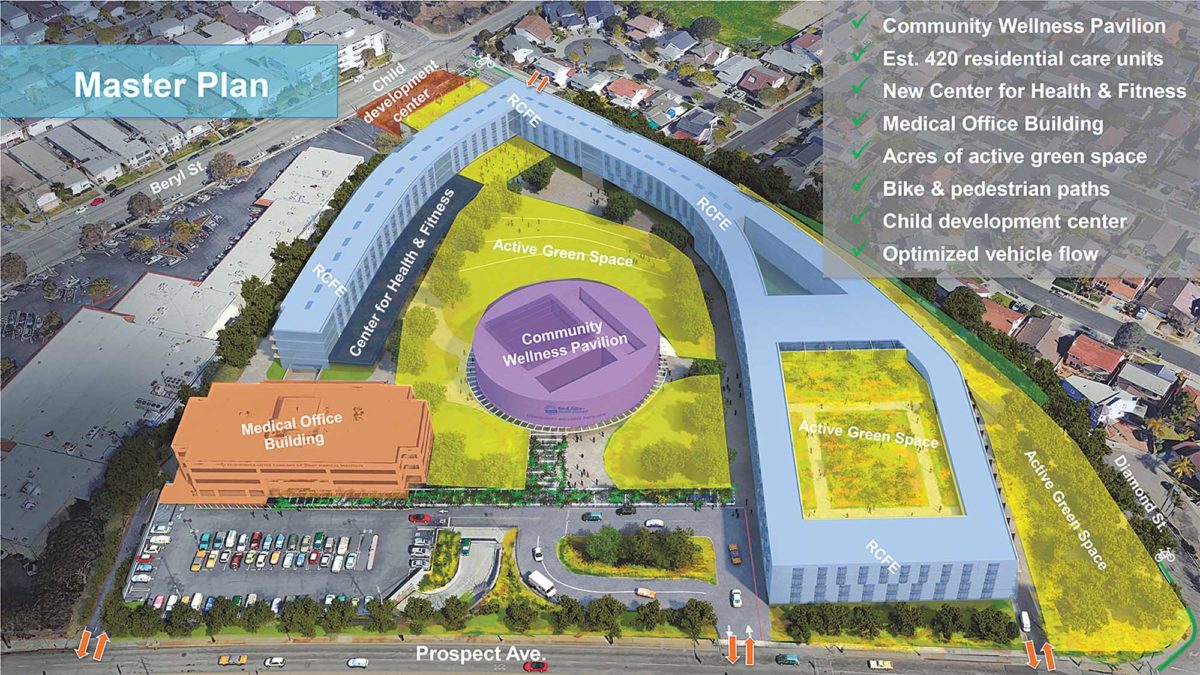 Development activist Jim Light was brought in by BCHD to sit on its Community Working Group, and has continually been impressed by the changes made to the campus, including a push to swap surface parking for parking under the project.

“This is the first developer who has talked to the people, offered a plan, and redid it from the ground up,” Light said. “The public open space grew and is usable because it’s been consolidated; the gym grew substantially, and putting in that huge community center? I was actually astonished at what they came back with.”

Light also praised the architectural design, by Paul Murdoch Architects and Withee Malcolm Architects. He admits that he’s not fond of building 420 residential units, but notes that residential care facilities for the elderly generate fewer trips than medical office space.

“But I can understand it, especially if they’re going to set some of its prices at points Redondo residents can afford,” Light said. “I commend their activities, and they need to generate revenue to do that.”

The financials of the project — how much it will cost, and how the project will be phased — are planned for discussion at the Health District’s next Board of Directors meeting, Feb. 27. The likely cost of residences on the property is even further away.

“We haven’t been through environmental impact reports…but we want to make sure the community is OK with the philosophical shift in our evolution,” Bakaly said.

“The decision to focus on preventative health was directed in 1998 by a board that had the foresight to understand that an ounce of prevention was worth a pound of cure,” Garner added. “The smart money is on prevention, and it’s time for the campus to reflect that.”