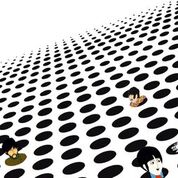 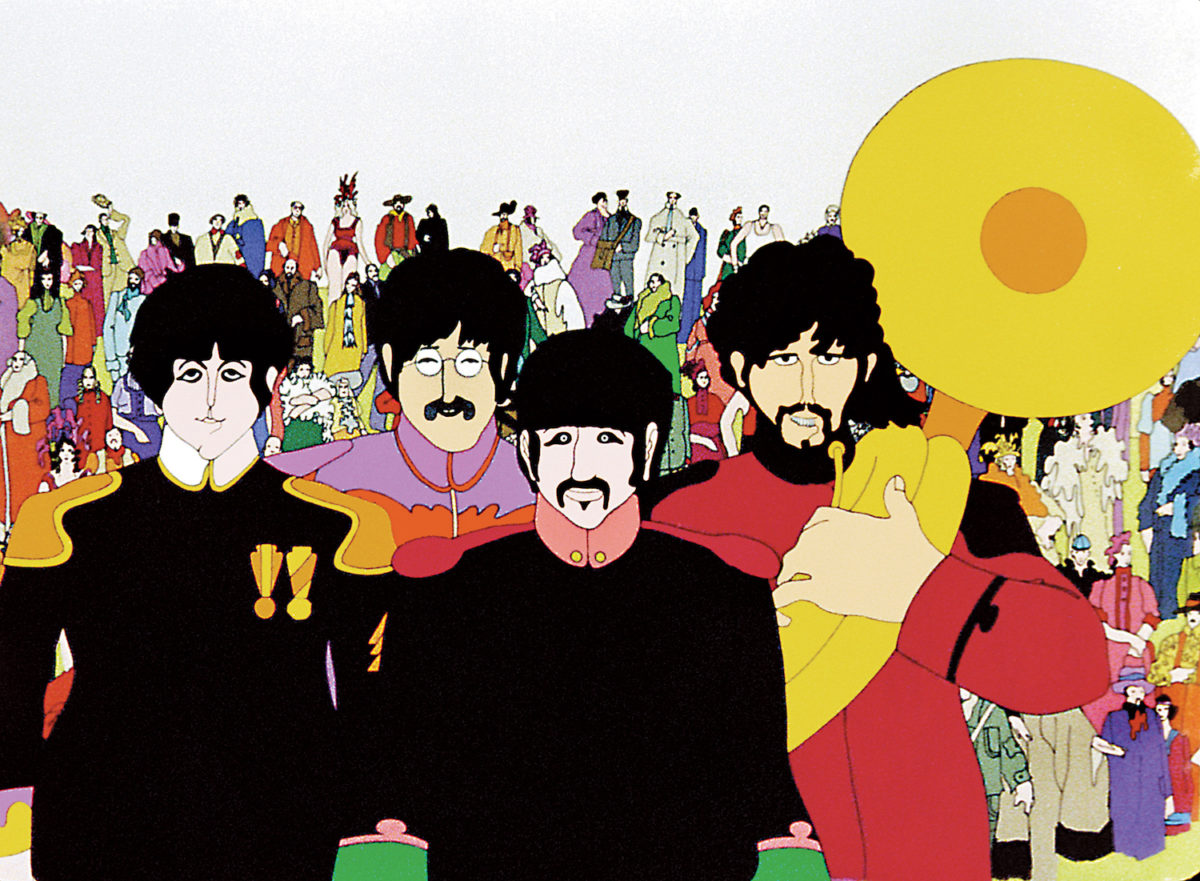 The Beatles in Pepperland. Photo courtesy of Subafilms Ltd.

For a time, in the late 60’s, we all lived in a Yellow Submarine and played in Sgt. Pepper’s Lonely Hearts Club Band dreaming about when we’d be 64. Well, many of us are on the other side of 64 and no longer have the satin epaulettes but, thanks to the digital restoration of this special animated film, we can again ride in said submarine.

Historic at the time for its animation, told in the freeform style of the Beatles’ live action films – A Hard Day’s Night (1964), Help! (1965), and Magical Mystery Tour (1967) – Yellow Submarine is a riff on a Lennon/McCartney song, much like the aforementioned films. The writers of this fairy tale were quite varied, although one has to wonder why it took four of them. Erich Segal would become famous for writing Love Story in 1970, a book that would become a box office hit starring Ali McGraw and Ryan O’Neal. Alan Brodax created a Beatles animated TV series that ran from 1965-67, among other animated series including “Beatle Bailey,” “Cool Mc Cool,” “Krazy Kat,” and “Popeye.” Lee Minoff had a short-lived Broadway play under his belt in 1967 called Come Live with Me that starred Soupy Sales; and Jack Mendelsohn would eventually work on “Teenage Mutant Nijas.” I wonder what that writers’ room was like.

The plot is thin and fanciful. Pepperland, a village of musicians and music lovers, has been overrun by the Blue Meanies who detest music. They have deployed all the villainy in their arsenal to mute the good citizens of Pepperland, including Sgt. Pepper’s Lonely Hearts Club Band, who are silenced mid-performance. The Lord Mayor of Pepperland, knowing he, too, has been targeted by the Blue Meanies, entreats Old Fred to sail his yellow submarine to Liverpool and bring back the only people who can save them – John, Paul, George, and Ringo (especially Ringo). It is a perilous journey, through imaginative forests, fighting hairy monsters, and overcoming massive odds, but triumph they must and triumph they do (oops, spoiler alert).

But it was never the plot that attracted attention. It was the psychedelic colors and lava lamp motions that pulled the viewer into the magic forests and mesmerizing cloud formations. It also didn’t hurt to be stoned.

Does the film hold up? A difficult question to answer. Although very original at the time, in some ways ground breaking in the art of animation, but things progress and what was exciting at the time has a tendency to be somewhat passé. The aging process is hardest on those who live in the past. The thin plot will not encourage new adult viewers who have been raised on Japanese animé and Pixar films. But even if it was originally intended for adolescent and post adolescent Beatles fans, it should still be a marvelous experience for children with its bright colors, flowing movement, and wonderful music. 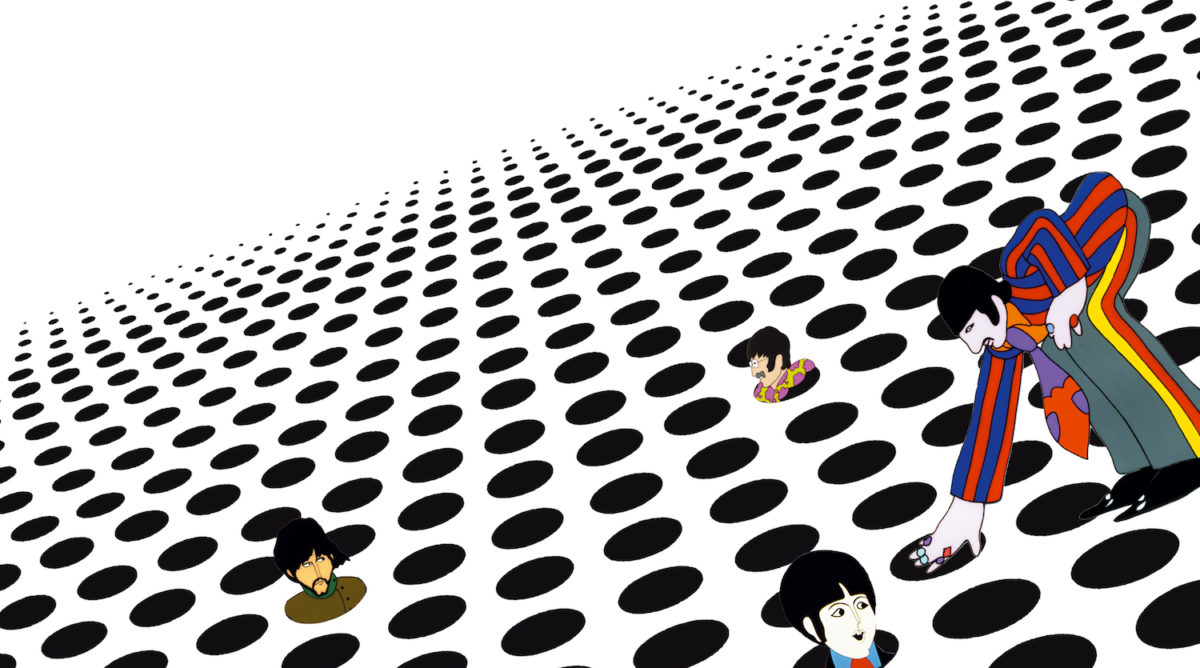 That is not to say there isn’t still enough to dine on for adults, because there is. The artistry is still there and now, with a clear head, it’s marvelous to try to identify the artistic influences on the animators. Although the production designer, German artist Heinz Edelman, insists that there were no outside influences on his art, it is impossible not to see the style of Peter Max, one of the original Pop Art masters. Frame after frame seems to be taken from his paintings and posters, although Edelman insists that Max did not come up with this kind of imagery until after the film came out, me thinks he may have protested too much. There’s even a flash of Bridget Riley, one of the founders of Op Art (see “Sea of Holes” above). She is famous for saying, “Focusing isn’t just an optical activity, it is also a mental one.” Think of that as you follow our boys as they “sailed up to the sun, till we found a sea of green. And we lived beneath the waves in our yellow submarine.”

You won’t be able to miss the surrealistic influence of Salvador Dali. And as I watched the characters lope across the scene, bodies bent, legs disproportionately long, just think of “keep on trucking.” The animators have put on a savvy display of the artistic influences of the day, all set to music from the ground-breaking Sgt. Pepper’s Lonely Hearts Club Band, considered the first concept album.

Should you see it? Absolutely! Relive your youth (sober this time) or, for the younger set, live for a moment in the time of your parents or grandparents (yikes!). It’s an interesting ride.

Opening wide on Monday July 9, including the ArcLight Beach Cities in El Segundo.