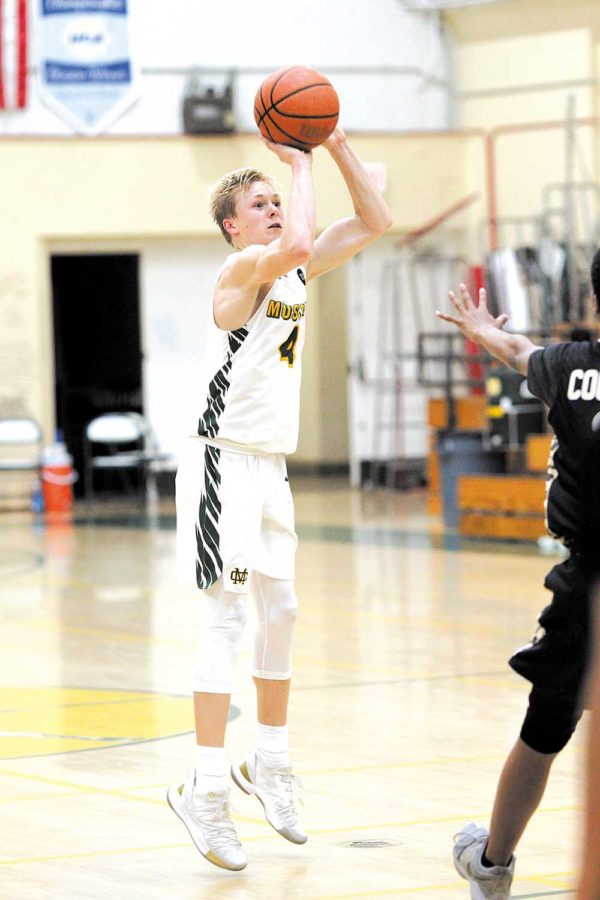 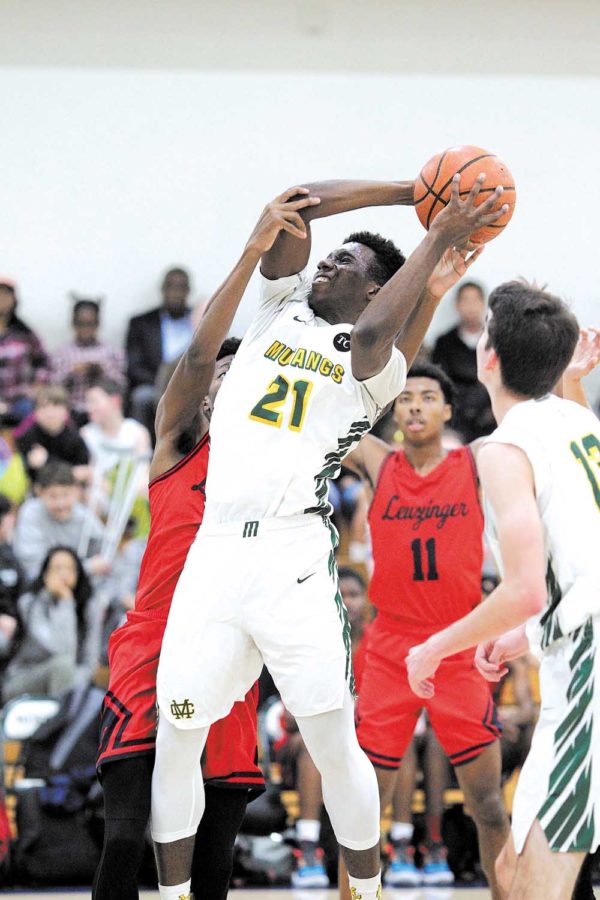 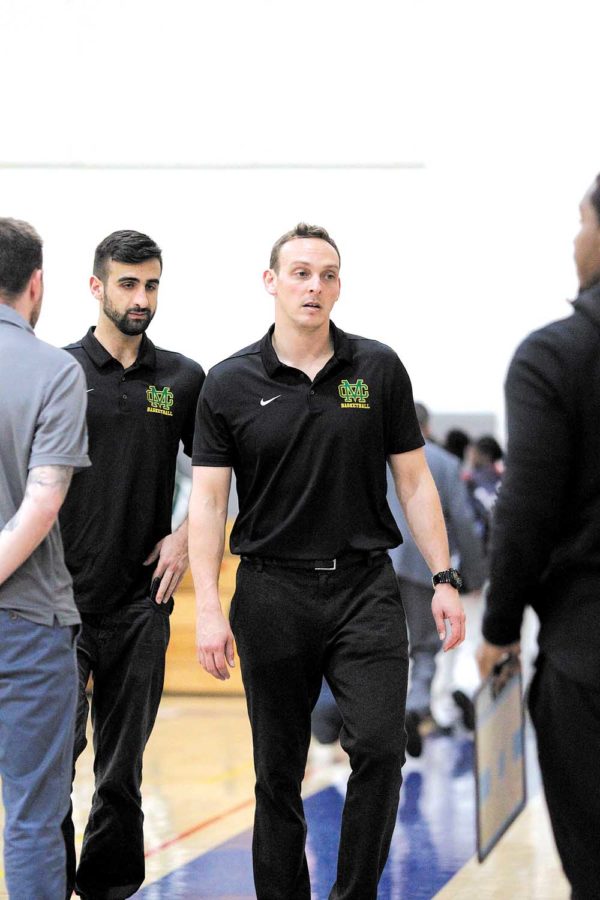 The Mira Costa boys basketball team got its Pac Shores Tournament off to a rousing start Monday night with a dramatic, two-point, come-from-behind win over Venice in the first round of pool play.

Year two of Head Coach Neal Perlmutter’s rebuild of Costa’s traditionally mediocre basketball program got a jolt of rocket fuel this year from three talented freshmen – Dylan Black, Jude Harris, and Will Householter — who made the varsity and played key roles in the 51-49 win over Venice.

“We’ve got three naturals,” an excited Perlmutter said moments after the final horn sounded to end a crazy game that saw Costa jump out to a 19-10 lead, give it all back — and more – by allowing Venice to go on an 18-4 run, and then fought back from a five-point halftime deficit to pull out a pulsating win that wasn’t decided until Venice missed several last-gasp shots.

“My blood pressure is pretty high right now,” Perlmutter said. “I really let the kids have it at halftime, and to their credit, they responded with a great effort in the second half.”

At first, it looked like this would be an easy win for the resurgent Mustangs.

Six-foot-six Brennan Morgan scored first on a sweet feed from senior point guard Max McCalla and Costa ran out to a 10-4 lead that forced Venice to call time-out. The run continued as Perlmutter shuffled players in and out in waves so they could play the ferocious defense the hard-charging coach demands. When Black, a 6-foot wing, came off the bench to nail a deep 3, the lead grew to 19-10 and the future looked bright for the Mustangs.

But Venice had a height advantage and used it to pound the boards and score 13 straight points to grab a 23-19 lead that grew to 28-23 at the half.

After Perlmutter unloaded on his players during halftime, the Mustangs stormed out to score 7 consecutive points and grab a 30-28 lead on a stick-back by Householter, another one of Costa’s prize freshmen and the younger brother of last year’s Mustang star, the now-graduated board banger supreme Henry Householter.

Black broke a 30-30 tie with yet another trifecta, and when Householter added a power-drive to the hoop followed by a Brennan stick back, the Mustangs clung to a 37-35 lead at the end of the third quarter

Senior forward Matt Cammock, although only 6-foot-2, was fighting desperately under the boards all night and it finally paid off when he pitched a rebound out to McCalla, who was all alone, took his time, and swished a deep 3-pointer for a 40-36 lead

But the see-saw game turned once again. Venice ripped off the next 11 points to take a 47-40 lead with only 3 minutes left.

The third freshman, Harris, a 6-foot-3 power forward, had hardly played all night. But he was sent in at crunch time and responded with a critical bucket, a sweet 10-foot turnaround from right in front of the hoop. And defensively he was the rim-protector Costa had lacked most of the game.

Now the Mustangs turned up their defensive pressure to category five and got a series of deflections and steals that gave them a final chance to take back a game they had once owned and then given away.

Tyler Antrobius, a pint-sized senior guard who spent the first three quarters missing long shots and getting his drives to the rim swatted away, hit the two biggest shots of the game: a three-pointer to get to within 47-45, and a minute later another 3 to give his team a 48-47 lead that sent the small but vocal crowd that had traveled to DaVinci High in El Segundo into a frenzy.

“Tyler is clutch, Tyler is an experienced vet, and even though he hadn’t played a very good game up to that point, I kept him in there because he’s always ready for the big moments,” Perlmutter said.

Perlmutter’s heart was in his throat as he watched his players dig deep to prevent Venice from getting any kind of good shot as the clocked ticked down. When the last Venice prayer went unanswered, he could only sigh in relief.

The Pac Shores is being played in El Segundo because Mira Costa’s gym, part of a $38 million athletic complex, is currently under construction. By the time the Mustangs move into it next fall, they will be well underway in their re-build thanks to three freshmen – Black, Householter and Harris – who all played with the poise of experienced seniors Monday night.

Morgan led the Mustangs with 10 points and 8 rebounds, Householter and Black each finished with 8 points and McCalla pitched in with 7 points and 5 assists.

Costa will play one of four games Saturday night, with the time and opponent to be determined depending on the results of pool play.