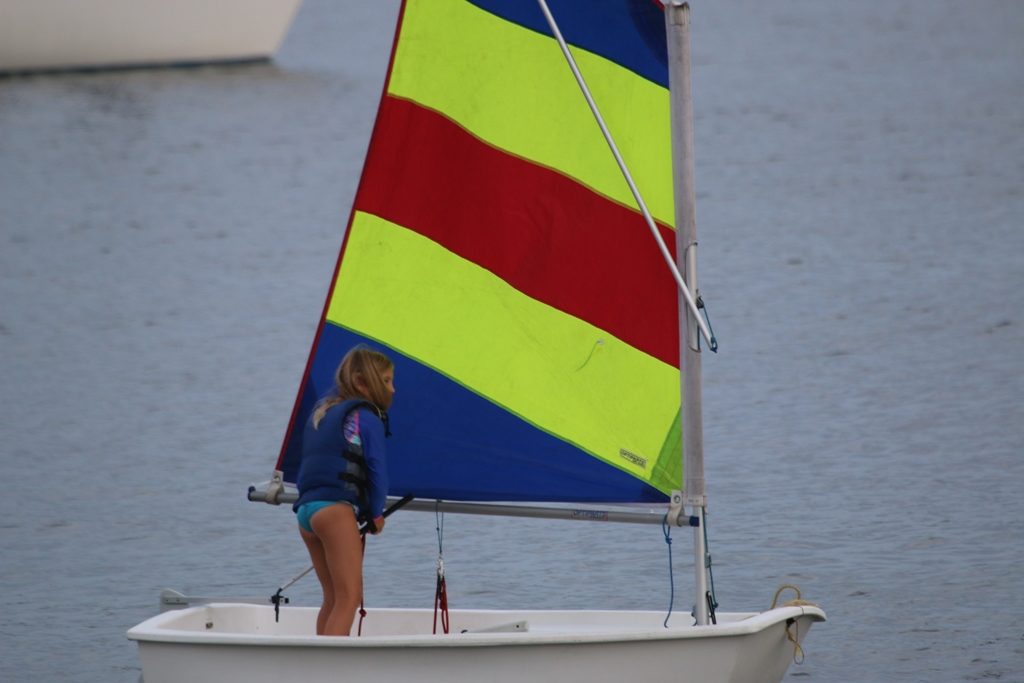 A youth sailing competition was held a week ago Wednesday, under the umbrella of the International Surf Festival for the first time in the history of the 57-year-old festival’s history. Over two dozen young sailors competed in single person Optimists dinghies and two-person FJs.

Races began in Basin 3, in front of Joe’s Crab shack and ran up wind to the main channel and back.