A rendering of the proposed Gelson’s Market at 8th Street and Sepulveda Boulevard in Manhattan Beach. Courtesy of Paragon Commercial Group

Growing businesses often choose between building a new store or buying an existing one. Gelson’s Markets plans to do both. The upscale supermarket plans to build a new 27,000 square foot store at Eighth Street and Sepulveda Boulevard in Manhattan Beach. It is also bidding on eight of the Haggen Foods being closed in Southern California. None of the eight include the three Haggens that are being closed in Redondo Beach — two in Pacific Coast Highway in South Redondo and one on Artesia Boulevard in North Redondo. 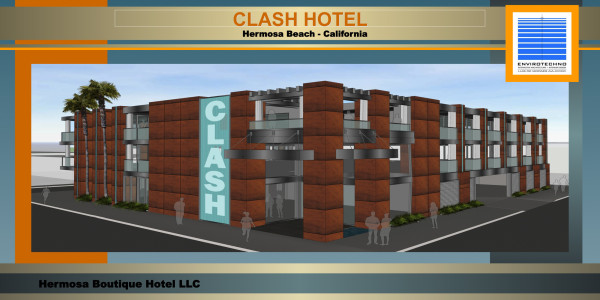 Hermosa’s conflicted attitude toward liquor sales has long blocked hotels from having bars.

Hotel Hermosa and the Clash hotel are hoping to end that policy when they go before the Hermosa Beach Planning Commission Tuesday night to request permission to sell beer and wine in their common floor areas. The 81 room Hotel Hermosa on Pacific Coast Highway, at Artesia Boulevard, was purchased last year by Pacifica Hotels. It operates 24 hotels in California, including the Redondo Beach Hotel on Harbor Drive, across from King Harbor. Last spring Pacifica completed a $13 million renovation of the former Redondo Best Western.

The Clash is a 30 room hotel planned for the long vacant property at 1429 Hermosa Avenue.

Planning commission meetings are held in the city council chambers, beginning at 7 p.m.

Four bottles of beer, one bottle of wine

Hadley’s bet is with New York Assemblyman James Skoufis (D- Woodbury), who is betting a bottle of Brotherhood wine that the Mets will win.

The four to one payout is less a reflection of the Dodgers’ advantage than the vintage of the respective beverage producers. Strand Brewer, in Torrance, was founded in 2009. Brotherhood Winery, in the Hudson Valley, is America’s oldest winery. It was founded in 1839

The loser will pay up in the main mess  hall at West Point during the lunch hour on Monday, November 2. If the Dodgers win, Assemblyman Skoufis will wear a Clayton Kershaw shirt and will announce to the 4,000 assembled cadets that “the Dodgers reign supreme.” If the Mets win, Hadley will wear a Wilmer Flores shirt and declare the Mets supreme.

Then, in the finest tradition of New York politics, the two assemblyman will retire to the bar of the Thayer Hotel to settle up. 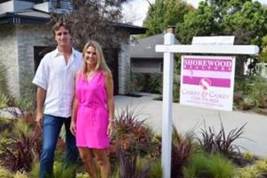 Realtors David and Jennifer Caskey changed their signs to pink this month in support of Breast Cancer Awareness.

David and Jennifer Caskey of Caskey and Caskey Realtors are changing their traditional Shorewood blue “for sale” signs to pink this month to bring attention to Breast Cancer Awareness month. Caskey and Caskey began the practice last year. A portion of proceeds from all October listings and sales are donated to the Cancer Support Community Redondo Beach. Last year’s donations supported two leaves on the Tree of Life at the Redondo Beach center. One leaf was dedicated to the memory of a friend who died that year. The other was dedicated to a friend who overcame cancer last year.

On a recent Thursday morning, Triangle Hardware received a shipment of 30 fans. By 3 p.m. every fan was sold. “Yes, it’s the most fans we’ve ever sold in a day,” said Chuck, who has worked at the Pacific Coast Highway, Hermosa Beach store for nearly two decades. 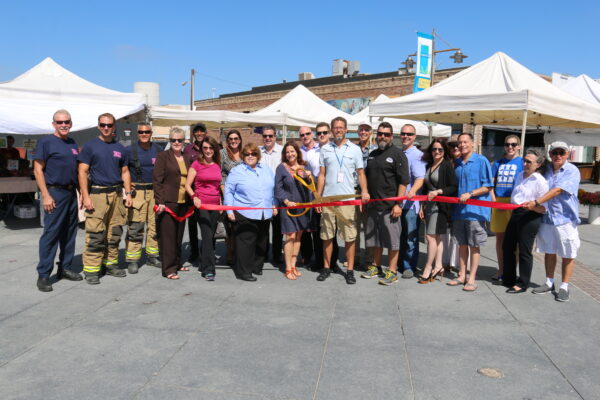 Two farmers markets are better than one