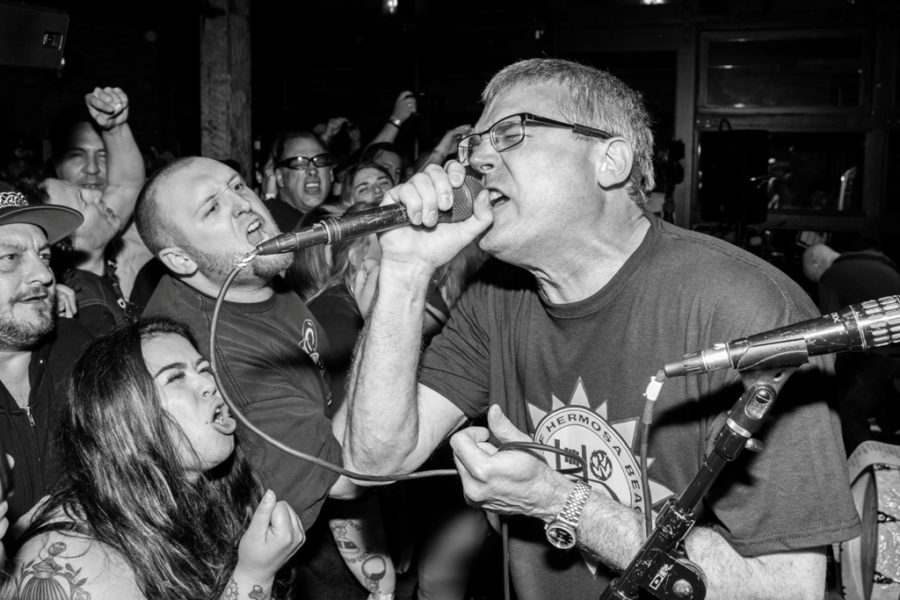 The Blue Ribbons have been flowing with a Stoli or two on the rocks thrown in. Anticipation fills the air. People are wearing local surf shop T-shirts and hats along with those of Black Flag, Pennywise and of course Descendents. The Kings’ game is still on the TV’s, but no one seems to pay it any mind. 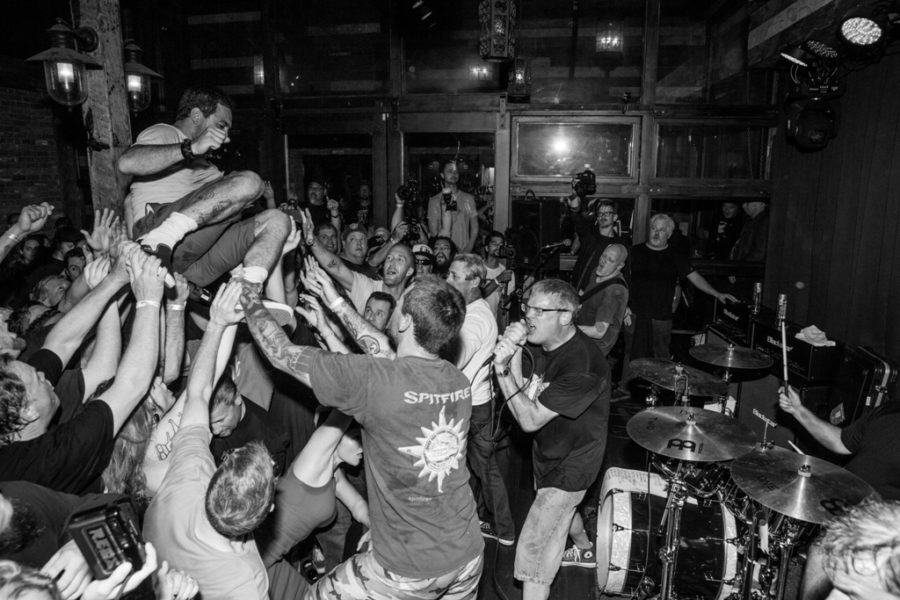 The Descendents hit the stage with an earth shattering version of “Catalina.” After dedicating the  song to Pennywise guitarist Fletcher Dragge, who is turning 50, they mention that they have not played in Hermosa Beach since 1997 and tonight feel the band has come ‘full circle’. 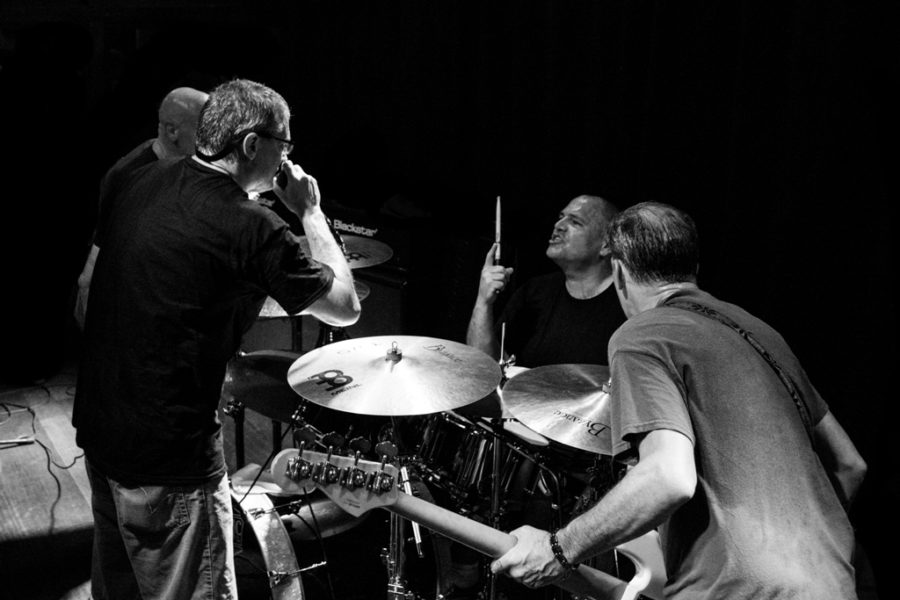 The Decendents were formed in 1977 in Manhattan Beach by guitarist Frank Navetta, bassist Tony Lombardo and drummer Bill Stevenson. In 1980, they enlisted the services of Milo Aukerman. Aukerman and Stevenson were seniors at Mira Costa High School when Fletcher Dragge was a freshman. The band has released six studio albums, three live albums, three compilation albums, and three EPs. Pennywise, Green Day and many more have been influenced by their music. The Descendents’ current lineup is Bill Stevenson, Milo Aukerman, Karl Alvarez and Stephen Egerton. 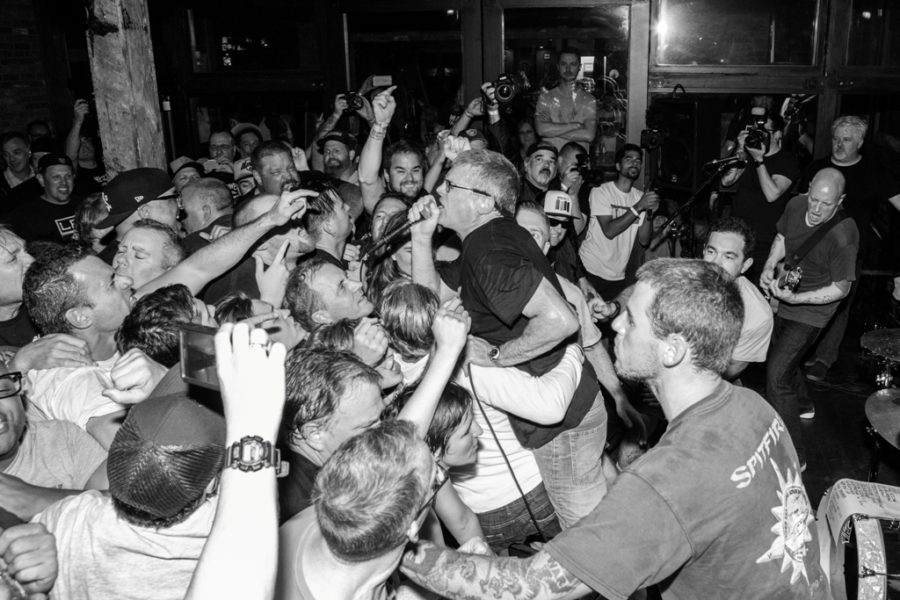 “Everything Sux” was next, with the band playing with a force equal to that Led Zeppelin. The fans raised their fists with a dedication that rivaled Bruce Springsteen fans. The pit has mellowed out since the fans’ teenage days. Some just strummed air guitars, while others gently pushed each other. It was a beautiful violence, where no one got hurt. 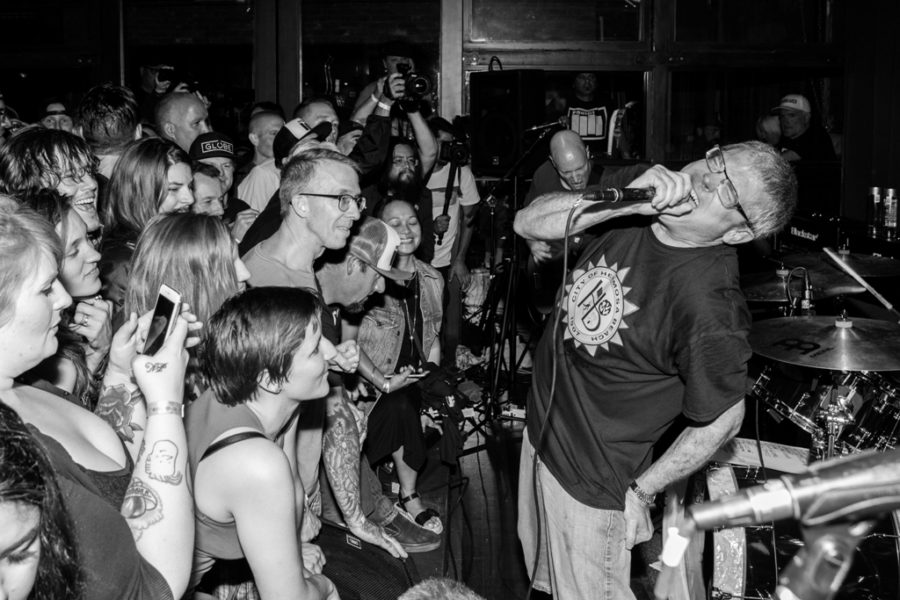 The perforance was 28 songs long and never once lost its high intensity. Yet, the band played with a wisdom that could only be achieved by seasoned journeymen. They played five or six new songs, one of them titled “Full Circle.” Rumors of a new album on Epitaph were circulating around the room. 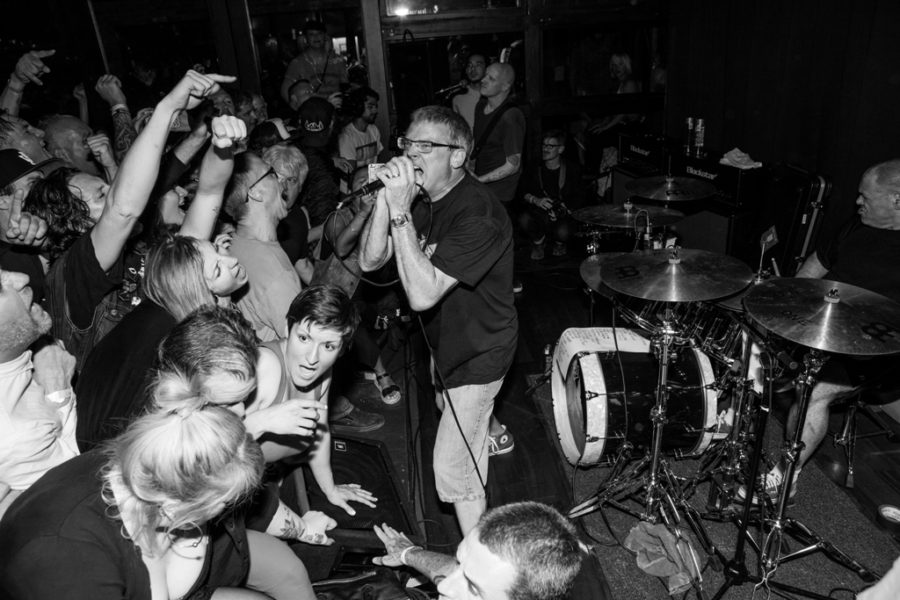 “Full Circle” is also the title of the 1997 Pennywise album dedicated to the memory of Jason Thirsk. The encore song ‘I’m not a Loser’ is a rock ‘n’ roll classic. 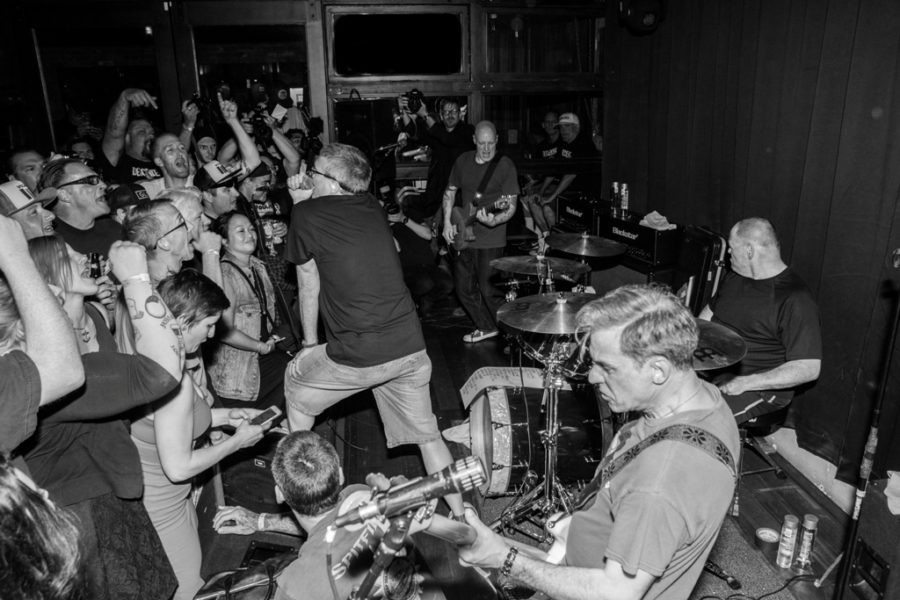 Punk Rock in the South Bay will never die and now with The Standing Room we finally have a showcase for new acts, as well as old.