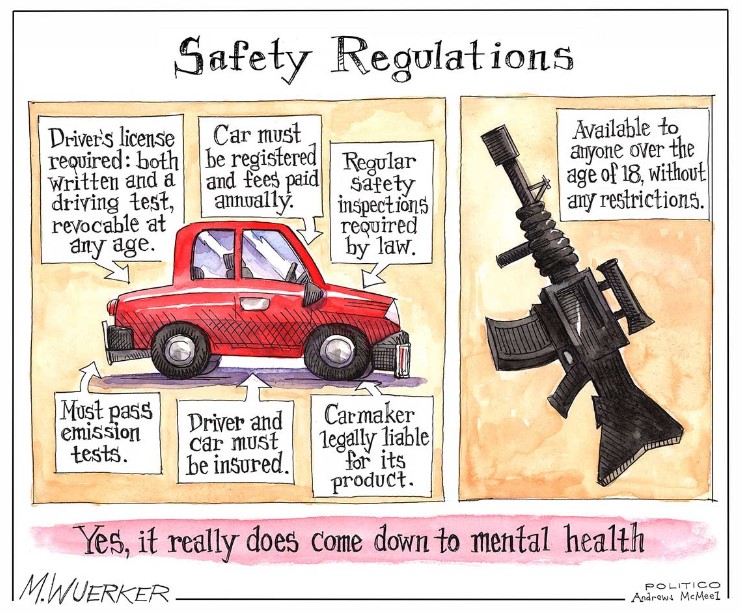 The South Bay community is fortunate to have Suzanne Evans (“Hermosa Beach Flowers of the Valley School Dune, ER June 2, 2022). Her back dune restoration at Hermosa Beach Valley school, coupled with the integration of school kids into the project is an example to other schools and cities.

South Bay Parkland Conservancy is excited to be starting a project that will plant native pollinator plants along the Hermosa Beach Green Belt. This project is targeted at the overwintering monarch butterflies, as well as the endangered El Segundo blue butterfly. It will connect the El Segundo blue butterfly populations at Redondo’s bluffs, and the Chevron preserve in El Segundo. It will also connect the existing native plant gardens at Valley Elementary, on the Green Belt and at Valley Park.

We are working out final details with the City of Hermosa Beach, which has been extremely supportive. We will need volunteers. Details are on our Facebook page or at SouthBayparks.org.

Our initial funding is from a local resident and a small grant from the Xerces Society.

Greatest gift of all

My deepest thanks to Suzanne Evans, and to all who have helped along the way (“Hermosa Beach Flowers of the Valley School Dune, ER June 2, 2022). Preserving and expanding native habitat at Hermosa Valley School is a central key to the continuous network of coastal habitat, from Ballona Wetlands to Palos Verdes. Giving children this opportunity to learn and help is the greatest gift of all.

A rose by another other name

As a resident of Manhattan Beach, I cherish our low-profile character.  It distinguishes us from other cities. Restricting building heights is the very essence of our land use and planning. So, quite frankly, it is obscene that the city approved the four-story Highrose luxury apartments. Worse yet, the city is putting out the narrative that it is a “done deal,” that they have no choice. Poppycock!

My career was in public service to a city and its residents. And I have never, and I mean never, seen a “done deal,” where nothing could be done. Yes, I’ve heard that sham claim, but it has always been used to “roll over,” to acquiesce. In other words, “We don’t want to fight,” let’s give up.” Here’s why I believe our city has given up.

Manhattan Beach was bludgeoned, time and again, by their handling of the Bruce’s Beach matter. From our governor on down, state politicians criticized our city in the press, time and again. It is understandable why politically our city would be reluctant, even afraid, to challenge the state. And, if you are a council member with political ambitions, even more so in a single-party state.

So, how do MB residents change this “done deal” dynamic? Let your voices in opposition be heard, loud and clear, again and again. That opportunity starts at the Planning Commission. Then, when the matter comes before the Council, roar inr opposition.

The California Healthy Kids Survey for 2022 reports that 18 percent of Beach Cities’ 11th graders seriously considered attempting suicide within the past 12 months, a 3 percent increase over the previous year, underscoring the need for mental health resources for our youth.  The COVID-19 pandemic exacerbated existing mental health challenges for both young people, and adults.

Beach Cities Health District has been seeking options through programs and partnerships to address mental health for our young people. Later this year, we will open the allcove Beach Cities center at BCHD’s campus in Redondo Beach. Created to serve ages 12 to 25, it is part of an innovative network of integrated youth mental health centers designed with, by and for youth, which reduce stigma, embrace mental wellness, increase community connection and provide access to services.

Led by a team of nine Youth Advisory Group members from the Beach Cities, with support from Stanford University’s Center for Youth Mental Health & Wellbeing, and a team of local experts, allcove Beach Cities will provide unique peer-to-peer collaboration and guidance in areas ranging from substance abuse, and educational support to mental and physical wellness services.

By taking a regional approach, BCHD was able to receive a $2 million grant from the State, bringing needed professional mental health resources to youth in the Beach Cities and South Bay. Congress has also provided another $1 million for allcove Beach Cities, thanks to the efforts of Representative Ted Lieu and his team.

I encourage residents to learn more at www.bchd.org/allcoveBeachCities

Beach Cities Health District has partnered with schools to help our children learn healthy habits, provided free COVID testing/vaccinations, organized volunteers to run errands for those in need, and helped people find services like health insurance and mental health care. Parade Magazine named the South Bay as one of the healthiest places to live in the country, thanks to the Blue Zones project which BCHD championed.

We all benefit when unsightly, decades old structures are improved. Redondo Beach has watched neighboring cities build new libraries, grocery stores, malls, offices, recreation areas and schools, all to the benefit of the community. I sense a prevailing myth by some in Redondo that new construction (outside of townhouses in North Redondo, which are abundant) is bad, when clearly our neighbors are reaping the benefits of improvements. I hope the Redondo Beach City Council and Planning Commission can move forward with BCHD Healthy Living Campus. I love Redondo, but it is disappointing to see our outdated pier, mall, bike path, and the AES power plant just wither year after year while surrounding cities upgrade. As the campus is a benefit for so many, this project should be an easy yes!

As a 25 year resident of Hermosa, I’ve noticed that cannabis use has been prevalent in this city by all ages and socioeconomic levels (“Hermosa Beach survey shows residents would support sales tax increase, cannabis sales,” ER May 26, 2029). Does anyone really think because of cannabis shops in town, that sketchy people from scary neighborhoods are going to drive to Hermosa to get their weed (which will cost more due to high rent for the retail location)? Or will South Bay locals now be able to get their cannabis products without having to go to “sketchy  neighborhoods,” where cannabis retail outlets have been allowed to operate. Are fights or other forms of violence more likely to be caused by consumers of alcohol or cannabis? Will cannabis use skyrocket due to local accessibility? The only problem I see, as with any popular new place in Hermosa is, lack of parking. (Full disclosure: I work in the cannabis industry, with all verticals including retail.)

A significant hit would be to residents, and businesses purchasing a vehicle. Sales tax on a vehicle is based on where the buyer lives, not the city in which the buyer purchases a vehicle. Thus on a $45,000 vehicle purchase, the increase of 3/4 percent in sales tax would raise the vehicle cost by $337.50. Presently the city receives about 1 penny of the 9.75 pennies on taxable sales. The rest goes to the state or county. With a .75 percent increase in sales tax, the city would get about 1.75 pennies of the new 10.5 pennies of tax on. The tax and spend City Council would need four votes to place any tax or tax increase on the ballot.